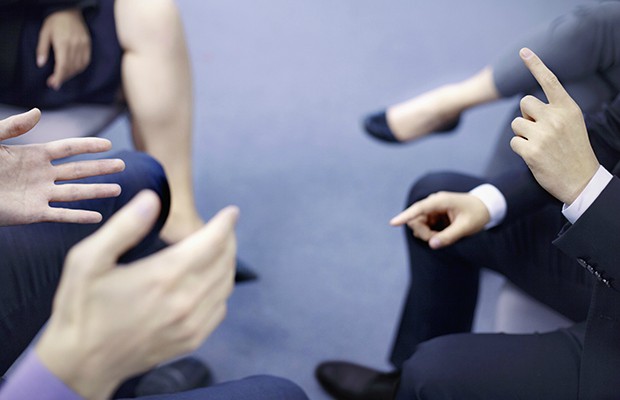 After years of debate over the best approach to FRAND licensing, it is time for a reasonable—rather than a perfect—solution, says Bill Merritt, president and CEO, InterDigital.

For nearly a decade, a fierce debate has raged over the licensing of patents that are essential to today’s wireless standards (such as LTE). Despite the mobile phone industry having grown at an exponential rate, a small group of mobile phone manufacturers complained that the licensing regime—essentially the means by which inventors of wireless technologies are compensated for their innovation—was somehow unfair.

The first battleground was whether these inventors could rightfully seek to enjoin manufacturers from selling wireless products if they refused to take a licence and pay reasonable royalties. These manufacturers complained that no such injunction could ever be granted, suggesting that the availability of injunctive relief would allow innovators to extract unfair royalties.

"Engineers in the standards process have learned to work cooperatively, to compromise, and to tear down national barriers."

The only remedy, they argued, was for innovators to sue manufacturers for damages in court. Inventors pushed back, arguing that, without injunctive relief, they would be forced to chase manufacturing companies around the world, country by country and patent by patent, for royalties—and that manufacturers would have little incentive to voluntarily take a licence if their only downside to losing litigation was limited to paying on the same terms they would have had to agree to in the first place.

This would be an extraordinarily expensive and burdensome process, and would result in the inventors not realising fair compensation for their innovation.

Luckily, sanity ultimately prevailed. Leveraging the commitment that inventors had made to the standards bodies—specifically that they would be prepared to grant licences to their inventions on fair, reasonable and non-discriminatory (FRAND) terms and conditions—courts and regulators found a sensible compromise.

That, of course, led to a second debate—what is FRAND? Lawyers, economists, and scientists argued over what FRAND means and, specifically, what constitutes “fair, reasonable and non-discriminatory terms and conditions”. They emphatically presented country-specific patent and contract law arguments, economic theories, regression analyses, hypothetical system performance improvements, and the like.

Patents were weighed and measured, both individually and in bulk. Specific geographies were balanced out, with the ultimate royalty determination calculated to multiple decimal points and argued to be the one and only “FRAND rate”.

But they missed the forest for the trees. This is not what FRAND and its licensing commitment is all about. The FRAND commitment lives within a collaborative and competitive R&D effort used to develop new technology—in our case, wireless standards such as 3G, 4G and now 5G, that lower barriers to entry and spur competition. That engineering effort is designed to drive the best innovation but also seek compromise in the spirit of consensus and efficiency when appropriate.

Perhaps most important, it tears down international boundaries; no one country’s technology position takes precedence. There is no picking and choosing of technologies based upon the country of origin. Instead it is a technological race to define the best solution, with that solution having the entire world to play in. And that research process creates a simple, effective, and—most importantly—global industry that has been the engine for incredible growth.

Engineers in the standards process have learned to work cooperatively, to compromise, and to tear down national barriers. But if FRAND is defined in a rigid and unbalanced way, with only one solution, the lawyers will only succeed in rebuilding those walls higher and thicker, with country-specific rules, spurred by commercial and sometimes national interests.

This is a fundamental misalignment. Left unchecked, it will drag down the cooperative, worldwide research effort that it was intended to serve.

To correctly make our way out of the thicket of lawsuits, rulings, and regulatory decisions, there’s a basic principle that we must get right: that the FRAND commitment is a business agreement, made among licensing professionals, with the goal of supporting the engineering effort described above.

As such, the licensing effort—like the engineering effort—should transcend national boundaries, incentivise innovation, promote and reward cooperation, and be flexible. It should be as much about the process of licensing as it is about the result. And we need to understand that it will not be perfect.

How to do it

Starting with process, this is not hard: just play nicely in the sandbox. While licensing discussions can be hard-fought battles, those battles can be waged in a reasonably collegial way, and the system should incentivise this behaviour.

"One possible, relatively simple, solution would be for the third-party decider to compare and contrast the proposals of the innovator and manufacturer."

So, simple things: people should be required to meet regularly, both sides should have to make proposals on a regular basis, those proposals should have a logical basis, and generally the discussions should be undertaken in a good faith and honest manner with the goal of getting to a reasonable result. While this may sound overly simple, many companies would miserably fail this test.

There also has to be an end point. If the negotiations are not getting the companies over the finish line, then some reasonable, truly independent third-party driven process—such as binding arbitration—should be used to do so. The third-party decider could look at other licence agreements, look at the conduct of the parties as well as industry practice, assess the patent portfolio, and consider other relevant factors. However, consistent with the idea of flexibility and compromise, the third party should not have to divine some innate and precise “FRAND rate”. No such exact rate exists—it’s a fiction.

Indeed, in establishing the FRAND commitment, the standards bodies have been reluctant to impose strict guidelines on what FRAND means. They have refused to do so because they understand the complexity of the licence arrangements that sophisticated companies may negotiate.

Some agreements may be simple licences. However, more often the agreements are multi-part deals, with product purchases, joint development, patent transfers, cross-licences as components. Extracting a so-called FRAND royalty rate for standard-essential patents from these complex webs is fraught with difficulty, with little chance of perfectly consistent results, or even results that meaningfully reflect the intentions of all parties.

So, when companies cannot agree on the terms of a licence, one possible, relatively simple, solution would be for the third-party decider to compare and contrast the proposals of the innovator and manufacturer. If the innovator’s proposal is well supported, makes sense, adheres to licensing norms and falls within a reasonable range of what might be considered to be FRAND, then it should be okay.

If it does not, or if the manufacturer’s position is better grounded, then that should prevail. This might even include, in appropriate circumstances, a “baseball style” arbitration—one where the only choice for the decision-maker is to pick between the proposals of the innovator and manufacturer. That approach could have the advantage of incentivising reasonable offers by both parties and again avoids the need for artificially determining an innate and precise so-called FRAND rate.

There are those who argue against arbitration, favouring courts, on the premise that somehow arbitration can benefit large companies, or that companies have some fundamental right to be heard in court. As for the former, it’s hard to imagine that arbitration could be more costly and burdensome than a judicial process. Courts may be limited to setting national or regional rates, so to resolve a worldwide licensing dispute, multiple courts may need to be involved. This multinational, drawn-out high cost judicial battle is exactly what you don’t want. Of course, having one court set the rate may balance the cost equation but that may raise questions of national bias and forum shopping, which the neutral arbitration process resolves. As for the concern about the right to judicial determinations, national courts would continue to have a role in these disputes, as they could, as an example, assess whether the form of third party determination being offered by a licensor was truly neutral and fair and thus satisfied the licensor’s FRAND commitment. Courts are also the competent authority to determine injunctive remedies.

In the end, is a system that relies on international arbitration to assess whether an offer is FRAND—with that inquiry, for the reasons stated above, not necessarily divining a fictional “one true FRAND rate”—a bit of rough justice? Perhaps, but that’s all right, because taking the inquiry beyond this level cannot hope to perfectly reflect all of the complexities inherent in the real-world licensing process. The idea is just to get close, be fair, and also incentivise everyone to behave in a reasonable manner, and to negotiate resolutions in good faith.

That will happen if the system demands reasonable behaviour, looks for reasonable results and provides a means by which the process can come to an end in a reasonable amount of time for a reasonable cost. If it does not demand that behaviour, if it allows laws to be applied in an incoherent fashion or, worse, in a manner that reflects parochial national interests, whipsawing companies around, it will promote mischief
and gamesmanship, undermining the cooperative spirit of the standards process it is supposed to support.

The mobile telecommunications industry needs to align our FRAND licensing approach to the goals of the standards research it was designed to serve: incentivising cooperation, rewarding innovation, and eliminating barriers. We don’t need a perfect system to do this. Just a reasonable system will do … in fact, it will do so perfectly.

Bill Merritt is president and CEO of InterDigital