Patent law in Australia: 2022 in review 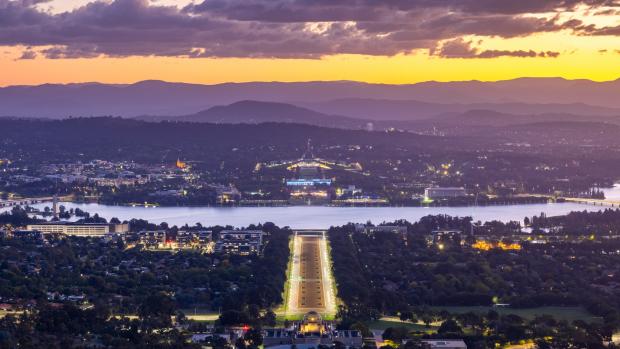 2022 held some fascinating developments in IP litigation, from whether AI can be named as an inventor on a patent, to a decision on PTEs with far-reaching implications. Naomi Pearce, Kate Legge and Emily Dwyer of Pearce IP report.

In Australia, 2022 was an exciting year in patent litigation, with key patent law developments relating to patent terms extensions, unjustified threats, experimental use exception, and AI. In this update we provide a summary of key 2022 Australian patent law “hot topics”, and highlight the same for 2023.

The Full Court of the Federal Court in Merck Sharp & Dohme & Anor v Sandoz Pty [2022] FCAFC 40 affirmed a decision of a single judge holding that a PTE application must be based on the first approval date of any product claimed in the subject patent, irrespective of whether that first approved product results in PTE eligibility. In this case, two Merck products fell within the scope of the claims of the patent in suit—‘Januvia’ which was approved first, and ‘Janumet’. As the ‘Januvia’ approval was within five years of the relevant patent date, the patent was ineligible for PTE.

This decision likely leaves a number of PTEs vulnerable to attack, potentially shortening the effective patent period for significant commercial products. The practical implications for prosecution are clear—patentees are very mindful of PTEs and are adopting strategies to ensure that at least one patent in the family covers only the patentee’s commercial embodiment, so as to avoid running the risk of compromising the length of the PTE because the claims read onto a competitor’s product.

On the same day as the decision was handed down in Merck Sharp & Dohme & Anor v Sandoz Pty, in Commissioner of Patents v Ono Pharmaceutical Co & Anor [2022] FCAFC 39, the Full Court also held that the relevant approval date for PTE purposes is the approval date of any product falling within the scope of the claims, whether or not that product is the patentee’s product. The Australian Patent Office initially refused Ono’s PTE application based on ‘Opdivo’ because its patent also covered Merck’s ‘Keytruda’, which had an earlier regulatory approval date. The application for PTE was therefore out of time. Following several appeals, this decision was ultimately affirmed by the Full Court. This decision means that patentees must be aware of competitor products registered on the Australian Register of Therapeutic Goods which may fall within the scope of their patents and seek PTEs based on the earliest of their approval, and their competitors’ (within the defined time frame).

The High Court’s decision in H Lundbeck A/S v Sandoz Pty; CNS Pharma Pty v Sandoz Pty [2022] HCA 4 demonstrated that failing to obtain a PTE before expiry of the relevant patent may significantly compromise a patentee’s ability to recover damages for acts of infringement occurring during the extension period. The developing trend in Australia of successful challenges to PTEs on various grounds means that alternative PTE applications relying on extensions of time may be filed at a late stage, which could result in the grant of PTEs outside of the patent term. In this case, the grant of the PTE was delayed by extensive litigation over the identification of the first regulatory approval date. A PTE was ultimately granted more than three years after expiry of the standard patent term with retrospective effect. However the Court held that Lundbeck’s cause of action only arose on grant of the PTE. The full implications of the findings for the original damages award remain to be seen, as the case has been remitted back to the primary judge for re-assessment of damages.

In UbiPark Pty v TMA Capital Australia Pty [2022] FCA 111 a single judge of Federal Court granted an interlocutory injunction to prevent unjustified threats of patent infringement proceedings for the first time since the 1980s. TMA sent letters of demand to UbiPark and its car park operator customers, threatening patent infringement proceedings based on their provision and use of the UbiPark smartphone application. UbiPark commenced proceedings against TMA, seeking a declaration that the threats (which TMA admitted were threats) were unjustified, and injunctions restraining TMA from making further threats. The award of an interlocutory injunction raises questions as to how a patentee can seek to avoid unnecessary litigation by sending correspondence in advance.

The Full Court’s decision in Novartis AG v Pharmacor Pty [2022] FCAFC 58 signals a practical approach to case management whereby leading evidence from multiple expert witnesses will be scrutinised in light of the substance of their evidence. In this case Pharmacor filed evidence from one neurologist in support of its cross-claim for revocation, while Novartis filed evidence from four neurologists. The Full Court considered whether the differences between the evidence of the respective experts justified calling multiple witnesses, and therefore whether the primary judge had committed any error in ordering that the evidence from two of these experts be excluded entirely, and that of a third be excluded in part. It found that the primary judge’s approach was consistent with modern case management and that parties should not file evidence from more than one expert in a discipline without alerting the other party and the Court as early as possible.

In 2022 the experimental use exception to infringement in the Patents Act 1990 (Cth) was substantively considered by a court for the first time. While experimentation is normally considered in the context of lab-based work or scientific studies, the Federal Court’s decision in Jusand Nominees Pty v Rattlejack Innovations Pty [2022] FCA 540 demonstrated the broader application of the exception. The innovation patents in question were directed to products that sit within boreholes created during underground mining, to protect against falling drill fragments, and at issue were the various tests and trials carried out in relation to allegedly infringing products. Justice Rofe held that while experimentation is not limited to scientific laboratories, it does require at least some element of testing of a hypothesis along with a demonstrated methodology and recording of results, and must have the predominant purpose of gaining new knowledge. As such her Honour held that early field tests fell within the exception, but that a subsequent 12 month trial of 200 production models, purchased for the full price, did not fall within the exception. This decision is currently under appeal, with a hearing held in November 2022.

Patents in the computing field

In Aristocrat Technologies Australia Pty v Commissioner of Patents [2022] HCA 29, even the High Court of Australia could not come to a majority decision on the thorny question of the patentability of computer-implemented inventions in its highly anticipated judgment. The Australian Patent Office initially revoked four innovation patents filed by Aristocrat to a feature game available on an electronic gaming machine, concluding that the relevant subject matter was no more than a scheme or abstract idea and therefore not patentable. A single judge of the Federal Court overturned this decision, finding the invention patentable on the basis that the combination of the rules of the feature game together with the physical functionality of the gaming machine produced a particular outcome.

Ultimately the case was appealed to the High Court, where the bench of six judges was split on the correct approach to characterising the relevant invention, with three judges each reaching opposite conclusions as to whether the patent was valid. For a judgment to be overturned in the High Court a majority decision is required, meaning the decision of the Federal Court, revoking the patents, is affirmed. Interestingly neither of the two judgments endorsed the tests applied by either the trial judge or the Full Court. However the case itself has now been remitted back to the original Federal Court judge to consider the position in relation to other claims of the patents, with a hearing listed for June 2023.

In Commissioner of Patents v Thaler [2022] FCAFC 62 the Full Court confirmed that artificial intelligence (AI) cannot be named as an inventor on an Australian patent. At first instance the Federal Court was one of the only courts in the world to find that DABUS, an artificial intelligence system, was validly named as an inventor on a patent application filed by Dr Stephen Thaler.

In coming to its decision, the Full Court noted that the term “inventor” is not explicitly defined in the Patents Act 1990 (Cth), and turned to other provisions directed to who may be granted a patent. Specifically, the Court found that the Act only permits a patent to be granted to “a person who is an inventor”. The Full Court’s decision deliberately raised and left open a number of issues for consideration by the legislature, including whether “as a matter of policy, a person who is an inventor should be redefined to include an artificial intelligence”, and related issues such as patent ownership and the recalibration of inventive step, which is currently determined by reference to a person of skill in the art. Thaler’s special leave application to appeal this decision to the High Court was refused.

The Australian government is notable for its litigation against originator pharmaceutical companies that obtain preliminary injunctions preventing generic versions of their drugs from obtaining reimbursement on the Pharmaceutical Benefits Scheme. Specifically, the government has claimed damages arising from delays in automatic reductions in reimbursement prices where the patentee is ultimately unsuccessful on the merits. The government’s claim for compensation in the decade-long proceedings between Otsuka Pharmaceutical and Generic Health regarding the anti-psychotic drug Abilify has been referred by the Court to Hon Tom Bathurst AC KC for adjudication and set down for hearing in May 2023.

Naomi Pearce is an executive Lawyer, patent attorney and trademark attorney at Pearce IP and can be contacted at: naomi.pearce@pearceIP.law

Kate Legge is a special counsel (Lawyer) at Pearce IP, and can be contacted at: kate.legge@pearceIP.law

Emily Dwyer (nee Bristow) is a law graduate at Pearce IP, and can be contacted at: emily.dwyer@pearceIP.law