Online advertising: the key to success 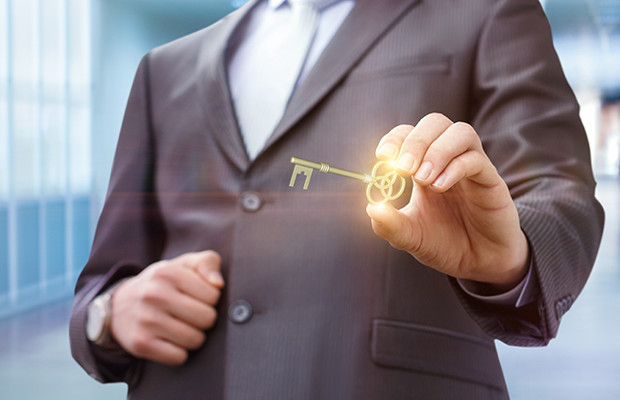 Not every use of another party’s trademark as a keyword or metatag is illegal, but it will be if it leads to confusion or is used to deceive customers, says Sabrina Machei of Dennemeyer & Associates.

In the process of ongoing globalisation and digitisation, the importance of a company’s presence on the internet is steadily increasing. It is now common to be able to access the internet anywhere, at any time. The internet has grown to be a major part in people’s lives, and also in their buying behaviour, and many of the goods and services available on the market may be directly ordered online.

As the relevance and coverage of the internet is increasing, so is the need for businesses to establish their presence in the mind of the general public through use of this medium and its advertising possibilities. Companies all over the world of all sizes and forms are grasping the opportunities provided by the internet to allow an undertaking to be (and stay) present in the mind of the ever-online public. Besides placing advertisements, establishing links on affiliated websites, registering relevant domain names, opening online shops and many other direct or indirect marketing methods, the topic of non-visible keyword and metatag advertising is gaining momentum and relevance.

It is the reach of an advertisement or any other content with an advertising effect that matters. It is the ranking and frequency of a result appearing when a search engine query is executed that decides the number of people being reached by a company’s related advertising efforts. Consequently, any means to increase said reach are very popular and it is inviting to alter the surrounding circumstances to ensure that an online advertising measure yields its true potential.

One of the most relevant factors of reach of any content is its suitability to be found by the relevant clientele. Search engines used to access certain topics are bound to algorithms. They ‘crawl’ a website by its URL and the related webpages content—visible and invisible—and interpret the data strictly in accordance with certain mathematical rules in order to assess their relevance for a search query.

In this way, the visibility of any content appearing in the results of a search engine query is an equation that is quite easy to grasp. The evaluation of relevance, although affected by a plurality of aspects, is predictable and may be utilised by alteration of the different underlying factors.

One of these factors is that content using and reiterating certain words which match (or are loosely related to) the search query will be found more easily and more often than others, such keywords serving as a connection between the query and the content available. However, reiteration and usage of certain keywords might interfere with the specific way one wants to present content, especially in light of marketing interests.

This is where metatags and other means to deposit hidden keywords with advertisement campaigns come into play. Metatags describe a website’s content and are crawled by search algorithms. However, they remain invisible to the customer, as they are part of the website’s source code. By adding the right metatags, the results of one’s advertising on the internet will be increased. Needless to say, this possibility has brought forth use of metatags that are often searched for, but that may have nothing to do with the actual content of a page (a subject best left to a separate study).

This author is trying to shed more light on the general principles of legal classification of competitors using a rival’s registered trademark(s) in order to entice and draw potential customers away from the other, or to use known trademarks in order to enhance the visibility of one’s own (less known) products, services and related advertising measures—all of this to eventually increase sales and turnover.

One might think the matter would have been well settled by now, but it is safe to say that it’s all but settled, and that we are only slowly getting there. Although the courts are starting to find some sort of congruency in their decisions, there are a whole host of varying scenarios instead of one generally applicable rule. What all the decisions have in common is that eventually, it all boils down to the general principles of “regular” trademark infringement, essentially based on the main function of a trademark, that is, to serve as an indicator of origin.

"It can be a confusion of interest, eg, when a person is searching for ‘A’, but instead is directed to ‘B’—this does not necessarily equal a (trademark-wise) risk of confusion."

To establish that use of a mark as a metatag constitutes such infringement, a trademark owner has to establish that this use (in the course of trade) is likely to confuse customers as to which undertaking was responsible for the relevant goods or services. There are various cases where an undertaking may (even unintentionally) use another party’s trademark in a way that it is at some point visible to the online user in, or even only near, the advertisement. In such cases where a foreign IP right appears in such proximity or connection, it is much easier to conclusively argue a risk of confusion on the part of the public as to the origin of the products concerned.

However, trademark and IP law are rather challenged to establish trademark infringement where a sign is used as a keyword or metatag
that is (and remains) invisible to the average internet user.

While such interest confusion could cause a problem (and constitute a trademark infringement) in the real world, this does not necessarily have to apply to the internet. In the digital world one can easily go back and instead access the original website once the initial interest confusion is dispelled—all with just one click. This leaves little room to argue an actual (trademark relevant) risk of confusion on the part of the customer concerned.

Moreover, the aspect of companies using competitors’ (famous) trademarks for the purpose of misdirecting customers and thereby taking unfair advantage of the reputation of a mark (and also of the efforts and money the owner has invested to brand the mark) is usually irrelevant when assessing the average risk of confusion. Enhanced protection also encompassing third parties taking unfair advantage of famous brands and of the standing they enjoy on the market is only granted to marks that have gained reputation—a clearly defined status that will have to be specifically proved in most jurisdictions.

In sum, use of a third party’s trademarks as metatags for a company’s own advertising once again requires an overall assessment of all the relevant factors in order to determine whether it is (generally) allowed or (by way of exception) forbidden. In short, not every use of another party’s trademark as a keyword or metatag is illegal, but it is illegal if it leads to confusion or is used to deceive customers.

Essentially, the trademark owner will have to bear use of its mark in the nature of keyword or metatag advertising if its only purpose is to generate commercial traffic in promoting the user’s own products as an alternative to the original product, and if it is not appearing in the advertisement itself and/or in any (even automatically generated) descriptions or online references. This is in line with the decisions of the German Federal Court2 and the Higher Regional Courts3.

There are, of course, exceptions to this rule, eg, where advertisements do not clearly display which undertaking is responsible for the goods and services or where it is unclear if the advertiser is part of the trademark owner’s supplier network.4

In such cases, a trademark entered into a search engine might still be visible on the screen and the average internet user might be unable to distinguish between the advertisement display area and the search result area, thus linking the trademark to the advertisements which have appeared.5 However, such exceptions diluting the general principles of trademark infringement will have to be handled restrictively and their prerequisites will have to be further enriched by national jurisprudence.6