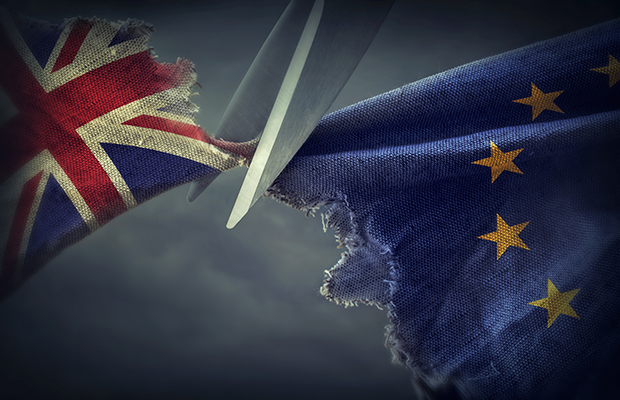 Mr. Justice Arnold, the judge in charge of the English Patents Court, talks Brexit and its impact on trademark law in the country.

What impact will the Great Repeal Bill, which will end the supremacy of EU law in the United Kingdom, have on UK trademark law?

It remains to be seen. The essential policy, as stated in the UK government’s white paper, is that as far as possible the law should be the same on the day after we leave the European Union as the day before we leave.

That’s very clear as far as it goes, but it leaves many questions unanswered. As far as UK trademarks and international marks in the United Kingdom are concerned, it would seem to follow from the policy stated that there would be very little change in the law following Brexit, at least immediately.

The mechanism by which that will be achieved is twofold. First, the Great Repeal Bill will provide for all legislation based on EU directives to be incorporated into our domestic legislation.

The second aspect is that the white paper says Court of Justice of the European Union (CJEU) case law will be given the same precedent in our courts as that from the UK Supreme Court.

But the position is quite different for EU trademarks: having left the European Union, the EU trademark regulation will no longer apply in the United Kingdom.

If you assume option one is commercially unacceptable, and option two is not feasible, then we are driven to option three.

At least six possible models that could be adopted have been identified but it’s a matter for the government to decide which they think is preferable.

What gaps will need to be filled in trademark law once the United Kingdom exits the European Union?

It would be possible for the government to leave this aspect of law unchanged but they might feel that post-Brexit, it doesn’t make sense to continue to have a rule of EU exhaustion.

They would have to decide whether to go for international exhaustion or a rule of purely UK exhaustion, although that would seem to be rather unlikely.

One issue is what happens with pending applications at the date of the United Kingdom’s departure. There’s going to have to be some solution adopted.

The next issue is what happens with regard to the use requirement.

At present, CJEU jurisprudence tells us that when assessing whether there has been use of a trademark you ignore geographical boundaries in the union.

The result is that it may be possible to maintain an EU trademark based on use in just one country, such as the United Kingdom.

Clearly, going forward, use in the United Kingdom won’t be sufficient, so questions will need to be addressed.

It’s difficult to see that there can be any legislative answer to that—trademark owners may have to take steps to make sure they make sufficient use of their EU trademarks.

What impact will Brexit have on trademark litigation?

It’s very difficult to tell as it depends on the future legislative solutions, but it would appear that it will have relatively little impact.

Issues may arise on exhaustion but that depends on the policy choices the government adopts.

If the government decides to maintain EU exhaustion rules there will be no impact; the only question is the future effect of the CJEU.

As for UK trademark litigation, there’s unlikely to be any impact in the short term, but perhaps there may be some in the medium term.

How will Brexit affect your role as a judge?

The biggest change is losing the ability to make a reference to the CJEU, but other than that it’s not going to be a huge change.

The main question will be the status of CJEU case law decided post-Brexit.

It won’t be binding as the United Kingdom will not be part of the European Union, but it’s bound to have some persuasive value.

Future CJEU case law which refines any remaining areas of uncertainty with regard to the principles that have been established already will have to be fairly persuasive, that is, unless the CJEU makes a radical departure from established law.

In the medium term this may change, such as if the United Kingdom makes changes to domestic legislation post-Brexit regarding exhaustion.

There are bound to be interesting questions arising as to exactly how persuasive such case law is.

Will Brexit lead to a divergence between UK and EU trademark law?

In the short term there will be no change, save to the extent that it’s necessary.

However, in the medium term and certainly in the long term, it seems likely that there will be some degree of divergence, but how great a degree will depend on government policy choices and legislative solutions.

If the policy continues to be very strongly based on the EU model, then it may well be that the divergence is relatively slight.

There are perfectly rational reasons for the UK government to take that approach, given that if one wants to have free circulation of goods throughout Europe then it helps to have a level playing field for trademark law.

On the other hand, there are some aspects of trademarks where the government might feel it’s beneficial to have different rules.