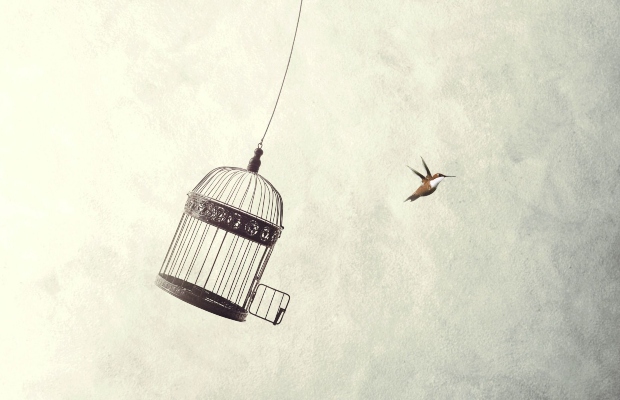 The regime around patent post-grant amendments in Mexico has changed but their impact is yet to be known in practice, says Verónica Avilez of Dumont.

The new Federal Law for the Protection of Industrial Property (FLPIP) entered into force on November 5, 2020, thus abrogating the former Industrial Property Law (IPL). Among the new provisions that now regulate the protection of inventions in Mexico, one of the paramount aspects is related to the submission, prosecution, and acceptance of post-grant amendments for patents.

Voluntary amendments are generally well accepted by the Mexican Institute of Industrial Property (IMPI), and are relatively easy to prosecute, provided they are duly supported by the specification as originally filed.

While filing amendments is a common, smooth procedure during examination, amendments at the post-grant stage are, not surprisingly, subject to significant restrictions. In this regard, patent applications being considered legally filed before November 5, 2020, will still be examined under the IPL, so that these applications could be amended during prosecution according to the normal practice.

However, the FLPIP indicates that once such applications are granted, the corresponding patents will be subject to the FLPIP provisions, notably including the new post-grant amendments regime.

This article aims to provide a brief comparison of the mentioned laws when dealing with post-grant amendments.

Post-grant amendments were allowable under the IPL to correct obvious errors and to limit the scope of the claims. In practice, these amendments were usually aimed to delete certain subject-matter from the granted claims. Lack of specific guidelines left the interpretation and acceptance of such amendments entirely to the authority’s discretion, especially under certain conditions as discussed below.

It is worth mentioning that post-grant amendments to the claim set in Mexico do not lead to the re-examination of the amended claims; thus, since there was no restriction to the ability to base amendments on the contents of the specification, the provision generally allowing to limit the scope of the granted claims embodied significant flexibility.

The IPL was silent about the possibility of amending the claims while a patent was facing an invalidation procedure. Generally, there was consensus that intentions to amend the patent within said procedure should not be permitted. However, the silence of the law did not prevent the modification or limitation of the scope of a patent outside the procedure; that is, via a regular post-grant amendment filed and processed at IMPI.

Any action directed to invalidate a patent is to be initiated at IMPI but is to be appealed before a Federal Administrative Court and subsequently before a Federal Circuit Court. In some cases, the submission and later acceptance by IMPI of post-grant amendments carried out in parallel to an invalidation procedure rendered the latter void, normally when the case was already at appeal proceedings.

Understandably, this outcome was unpopular with plaintiffs, especially in cases in which there was doubt about whether the amendment should have been allowed at all.

”The decision on a request for correction or limitation of a patent would be suspended if an infringement or invalidation action is interposed in the interim.” - Verónica Avilez, Dumont

Similar to the former law, the FLPIP forbids post-grant amendments broadening the scope originally granted and allows the correction of obvious errors. Post-grant amendments are to be accepted only when they intend to eliminate one or more claims, or when they intend to include one or more dependent claims into the independent claim they depend on.

As can be inferred, similar to the former regime the current one does not contemplate re-examination of the amended claims.

The possibilities to amend granted claims seem to be restricted in comparison to those available under the IPL. The FLPIP does not contain the general provision allowing post-grant amendments to limit the scope of the claims.

Apparently, limitations to the scope of protection are to be permitted only by deleting claims or adding dependent claims into independent ones. This important aspect of the new law is still to be confirmed in practice with IMPI’s interpretation. As practitioners know, there are ways to limit an independent claim without the need to add a dependent claim thereto.

The FLPIP further clarifies that the limitation of a patent shall be performed without prejudice to previously dictated decisions on infringement of the patent as originally granted. This means that if the payment of a fine or damages has been already imposed, the corresponding decision should remain valid even if the patent is later amended. This clarification was absent in the IPL.

One of the most important changes brought by the FLPIP is the provision that a request for correction or limitation to the patent will be dismissed if filed while an invalidation action is pending. Moreover, if a judicial decision on the ownership of the patent is pending, corrections are to be accepted but not limitations.

Subsequently, the decision on a request for correction or limitation of a patent would be suspended if an infringement or invalidation action is interposed in the interim. As can be inferred, explicitly forbidding ex parte post-grant amendments during invalidation actions marks a turning point in the way in which these administrative proceedings have been handled in our country.

A new post-grant amendment regime is in force under the FLPIP. While there are some coincidences with the IPL, there seem to be aspects that will impact the practice, potentially modifying substantial paradigms. Some of the new provisions need clarification, while others clearly address concerns not contemplated by the IPL, such as those trying to balance the patent holder’s right to amend their patent with the third party’s right to have certainty in a patent invalidation proceeding.

At the time of writing this article, the regulations for the FLPIP have not been issued. It is to be hoped that the regulations will fill some of the current gaps. It will be interesting to know how the IMPI decides to apply the new provisions on a case-by-case basis.

Certainly, the new practice and criteria are something that patent practitioners and patent system stakeholders are eagerly waiting to know.

Verónica Avilez is a patent analyst at Dumont. She can be contacted at: vavilez@dumont.com.mx