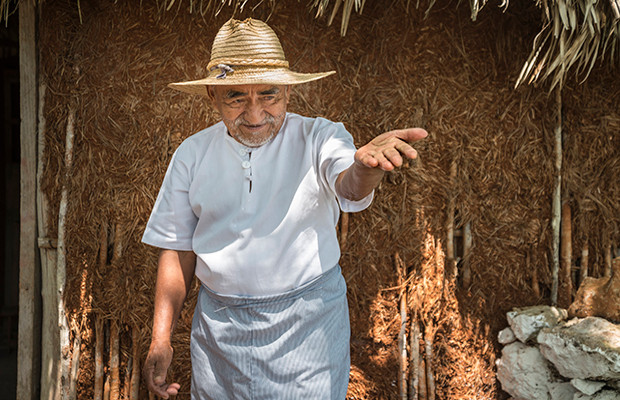 If you have an international registration that designates Mexico, using local counsel is crucial to avoiding sticky legal situations, say Christian Thomae and Jonathan Rangel of Dumont.

From the accession of Mexico to the Madrid System to the incorporation of oppositions, our regime has proved to have flaws and to need urgent reforms to allow trademark holders to be certain regarding service of process when using Madrid to protect their trademarks in Mexico.

Regarding service—including that corresponding to publication for opposition, filing of an opposition and cancellation actions against trademarks that are international registrations (IRs) designating Mexico—non-residents using Madrid to register in Mexico and who have not appointed a domestic representative are at risk.

When no domestic representative is appointed in an application corresponding to an IR designating Mexico, under our law there is no domestic address for service, risking the outcome of an application or the survival of a registration if oppositions or cancellation actions are lodged.

Foreign applicants/registrants must be aware of the risks involved when no domestic representative is aware of the existence of an application or appointed following the grant of a registration derived from an IR. For pending applications, service regarding oppositions will be performed through the Federal Official Gazette, meaning no written notice will be delivered to applicant by the Mexican Institute of Industrial Property (IMPI).

This makes it extremely important to appoint a domestic representative or at least let local counsel know of the designation of Mexico initially to allow for monitoring of oppositions filed against an application once published in the Federal Official Gazette. Not detecting an opposition and then not being able to file a timely response to it would represent being in default and potentially having the opposition affect the application despite the applicant being unaware.

Therefore, informing local counsel of the designation of Mexico at the time of filing of the MM2 form (used to file IRs) might make the difference in case an opposition is lodged against the application(s), as this would allow detecting it in time to file a response.

There are circumstances that must be taken into account regarding service of process after registration.

A registration may be subject to third-party cancellation for non-use if it has not been used for a period of three years. Also, cancellation is possible on other grounds including prior use abroad, subject to the corresponding statutes of limitations. A formality that is fundamental in these proceedings is service, as it constitutes the official notice to the defendant that a proceeding has been lodged against its trademark.

Some precedents state that the absence of due service may result in the nullity of the proceeding. However, our legislation provides for alternative means through which service may be performed to avoid any violation of rights and delays, but states that a domestic representative or a local address for service must be designated at the time of filing an application.

When a proceeding is lodged against a trademark and the registrant cannot be located at the designated address, our law establishes that service may be performed by means of publication in the Federal Official Gazette and a national circulation newspaper.

Nonetheless, when it comes to IRs, if no local Mexican address for service is indicated in the MM2, the resulting registration will be at risk as the registrant might not be aware of an action brought against it. Therefore, even when IR holders may deem it unnecessary to appoint a domestic representative, the potential cancellation of their rights is a good reason to designate a local address for service through a domestic representative.

Unfortunately, in this case our law doesn’t provide a solution. At the time at which the current law was drafted and enacted, Mexico was not a party to Madrid, meaning this legal void didn’t exist. However, from our point of view, other areas of the Mexican legal framework have this covered.

The Federal Law on Administrative Procedure (FLAP), which is the framework of the law, provides an answer in case of absence of a local address for service on the defendant.

"despite the fact that they believe they hold a registration in Mexico for their mark, the registration no longer exists, as it has been cancelled without their knowing."

Under the FLAP, edicts are available. Edicts must include a summary of the legal action lodged and be published for three consecutive days in the Federal Official Gazette and in a national circulation newspaper. Once published, the defendant is considered legally served, allowing the proceeding to be fully initiated and followed.

This, however, is not very convenient to non-residents as they are usually unaware of these means for service and the applicable rules, making it extremely difficult to keep track of the daily Federal Official Gazette to be in a position to appear before the IMPI and defend their rights.

There have been cases of cancellation for non-use of IR-derived registrations which were served by alternative means due to the inexistence of a local address for service. The result has been that no response was filed and the registrations have been cancelled without the holder being aware of the proceeding or the decision. Therefore, despite the fact that they believe they hold a registration in Mexico for their mark, the registration no longer exists, as it has been cancelled without their knowing. Clearly, the consequences are extremely serious.

There are grounds to challenge the cancellation by attacking the means used to serve process, but this implies significant costs and time as it involves litigation, especially since constitutional issues could be raised before a court to increase the chances of success.

Therefore, despite the appeals available, the best course of action is a preventive measure of great benefit to the holder, consisting in the appointment of a domestic representative to have an address for service on record.

If you hold an IR that designates Mexico, you should be aware of the possible consequences of not advising your local counsel of any new application for monitoring oppositions or of designating a domestic representative upon granting to become aware of any cancellation that may be lodged against your rights.

Christian Thomae is an attorney at law specialising in IP since 1998, with a focus on trademarks but also in patents, copyright and other fields of IP and associated litigation. He is senior associate and head of trademarks at Dumont. He can be contacted at: cthomae@dumont.com.mx