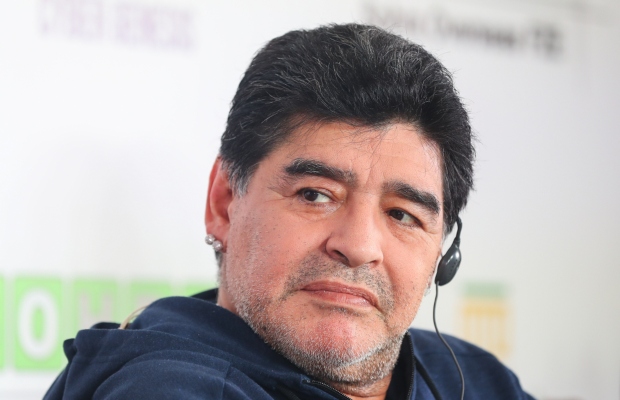 The Italian Industrial Property Code confers autonomous protection on names which become famous in non-commercial fields, regardless of whether they are also registered as trademarks.

According to article 8(3), only the legitimate owner can register and use as trademarks signs such as personal names, as well as other signs used in arts, literature, science, and sport. The use of these signs by third parties is allowed only if authorised by the legitimate owner.

This rule has been applied in a December 2019 case which involved the fashion brand Dolce & Gabbana and the Argentinian football champion Diego Armando Maradona.

Dolce & Gabbana organised a fashion event to celebrate the symbols and the story of the city of Naples, with the patronage of the local authorities. During this event, one of the runway models walked the catwalk wearing a blue and white football shirt bearing the name “Maradona” and his iconic no. 10. Maradona was one of the stars of the Napoli football team in the 1980s, and is still considered one of the symbols of the city.

Although the fashion brand decided not to put the shirt up for sale, the former player filed suit. He submitted that the event consisted of a promotional activity with a commercial purpose, so the use of  his name, which was also a sign registered as a trademark, fell under the provision of article 20 CPI, which prevents use of a mark “in an economic activity”.

The fact that the shirt hadn’t been put on the market reduced the seriousness of the infringing behaviour and the measure of damages, but this fact could not exclude nor nullify the infringement in the use of the sign in an economic activity.

According to the judge, the use of the famous name represented an appropriation of the attractiveness tied to the story of the legendary football player. Although such use took place only during a commemorative fashion event, Dolce & Gabbana earned undue economic gain because potential consumers would be convinced that a commercial partnership with the former champion existed, when it did not.

The judge also considered that the fashion brand had omitted to check the existence of rights on that name. Since Dolce & Gabbana is a careful economic operator, it could not reasonably feel authorised to freely use Maradona’s name for commercial and promotional purposes, said the judge.

Considering that the relationship between the fashion brand and the football champion should have fallen under a sponsorship agreement, the judge went on to determine the theoretical price to be paid for using the name, and ordered the Dolce & Gabbana to pay Ä70,000 ($78,292) in damages. The amount requested by Maradona was much higher.

This case recalls the 2002 Court of Justice of the European Union Arsenal judgment (case C-206/01), concerning the unauthorised sale of scarves and other items bearing the trademarks of the Arsenal football team. The court considered that this activity amounted to commercial use, thus infringing the trademark rights of Arsenal, and it was immaterial that such use was perceived by the public as a badge of support for, or loyalty or affiliation to, the football team.

In a broader sense, names and other signs which identify players, sport teams, and events are certainly an asset belonging to the whole sport’s world, and as such they can be used to cheer, show support and affiliation and to pay tribute to their notoriety.

However, although these behaviours are legitimate in principle, they fall into grey area, often on the edge of infringing the rights of others.

Moreover, in the light of the Arsenal case, if the goods bearing the famous/protected sign are offered for sale, the infringement cannot be justified nor excluded by the alleged purpose of support.