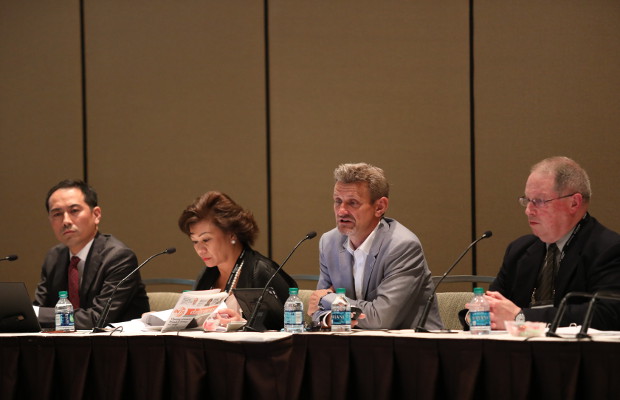 Tackling counterfeiting in Asia can be a challenge, but with the right approach, brands can achieve effective results, as Sarah Morgan reports.

Most of the IP enforcement mechanisms used in Asia were devised in the early 1990s, and put into effect via The Agreement on Trade-Related Aspects of Intellectual Property Rights (TRIPS).

Are these mechanisms still relevant today? This was one of the questions posed in Session CM52 Enforcement Strategies in Asia yesterday.

“Are we using a set of remedies that were built long ago for a bunch of concepts that have long expired?” said Mr. Nick Redfearn, Deputy

Over the past 20 years, there have been various deadlines set and missed for implementing TRIPS, but now “fatigue has set in,” according to Mr. Redfearn.

He added that, while most countries have “slowly crawled” towards implementation, practice and enforcement are still lacking in some countries.

Mr. Redfearn said: “Corporations now have a lot more to think about than just building an enforcement program and getting it to work.”

While customs can be very effective in Asia, it’s not clear that other mechanisms have been, he added.

The advent of e-commerce platforms and the fact that the brand protection industry has “grown up” from thinking it should just conduct lots of raids, are two of the ways in which the perspective has changed on enforcement.

“Many years ago, most customs enforcement was not effective because officials wouldn’t intercept unless you had specific information” such as the name of the ship transporting the counterfeit goods, she explained.

Ms. Sujintaya added: “A lot of officials, through the efforts of trademark owners and their lobbying, have started taking ex officio actions.”

She advised that when brands are looking at customs border enforcement programs, the requirements of customs recordation should be top of the list.

However, if you haven’t registered your marks, customs may still intercept and seize goods, but the procedure becomes more “complicated and costly.”

After registering your marks with customs, maintaining a relationship with customs by offering training is absolutely essential, added Ms. Sujintaya.

“You don’t have to reveal every secret about how to distinguish between genuine and counterfeit products, but you should highlight some of them,"
she said.

He added that civil actions are often avoided because many believe they are too high-cost, but most people don’t have sufficient information about civil actions in Asian countries to come to this decision.

“You need to get information from local authorities—rely on them,” he advised.