IP Appellate Board: Trouble at the IPAB 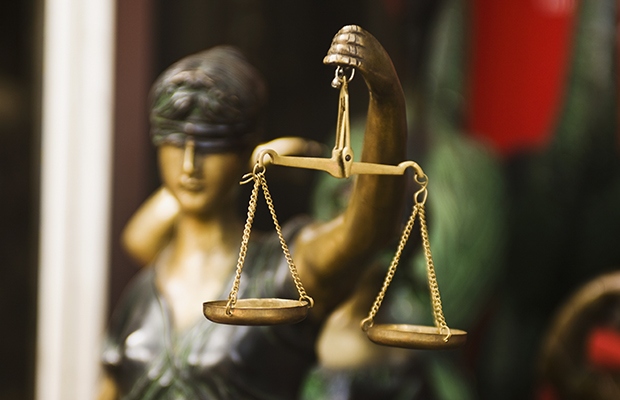 The purpose of establishing the Intellectual Property Appellate Board (IPAB) in 2003 was to provide an appellate forum to expeditiously adjudicate upon appeals from the orders or decisions of the registrar of trademarks and geographical indications as well as the controller of patents.

Unfortunately, from its inception, the board had to struggle to create the necessary infrastructure and appoint a technical member and chairman in its 15-plus years of existence. As a result, cases continue to pile up.

A writ petition before the Delhi High Court on July 8, 2019 (Mylan Laboratories v Union of India & Ors, WP(C) 5571/2019 & CM Appln 24540/2019 & 26833/2019) brought to the court’s attention the gridlock at the IPAB. No cases are being heard due to the positions of technical members for patents, trademarks and copyrights lying vacant for a considerable period.

The rules provide that every case before IPAB must be heard by a technical member and chairman. With no technical member (for patents, trademarks and copyright) being appointed, the quorum was not complete to hear the cases, leading to a pendency of around 4,000 cases.

The petitioner in this writ sought High Court’s intervention to hear an appeal against the order of the deputy controller of patents and designs, dismissing the pre-grant opposition filed by the petitioner and granting the patent in respect of ‘Methods of Evaluating Peptide Mixtures’.

The petitioner approached the High Court for an urgent hearing seeking stay of patent application, pleading that the IPAB’s not functioning led to the patent being granted and denying his right to file an appeal.

"The judgment has been criticised in some quarters as bypassing the legislative intent that the cases at the IPAB must be heard by a technical member with the chairman."

The court on making enquiries with IPAB deputy registrar found:

A total of 3,935 cases are pending adjudication before the IPAB across all its benches.

After appointment of the present chairman, Justice Manmohan Singh, the trademark bench was constituted along with the then technical member of trademarks; 720 cases were disposed of from January 1, 2018 to December 4, 2018.

The cases relating to trademarks, copyrights and patents are not being taken up as there is no technical member relating to those specialties.

The term of a patent being only for 20 years, in many appeal cases, the patents have expired due to lack of quorum. Thus the matters have become unfruitful and rights of parties have been severely prejudiced.

The court opined that the ‘doctrine of necessity’ has to be invoked in the present case. The legislative intent is of the continuity of the IPAB and not its cessation because of a vacancy in its technical membership. If the post of the technical member is lying vacant, the IPAB can proceed to hear urgent matters and the orders passed would not suffer invalidity on the ground of lack of quorum.

The chairman, as per the report of the Union of India, is likely to resign from office in September 2019. The process of appointment of a fresh chairman would again plague the system and leave the IPAB dysfunctional. It would be in the interest of justice that the IPAB chairman be directed to continue to hold office until the appointment of a new chairman.

While applying the doctrine of necessity, the court held that the IPAB chairman and the technical member (plant varieties protection) are competent to hear urgent matters relating to the patents, trademarks and copyright until the vacancies of other technical members are filled.

If the technical member (plant varieties protection) is not available for any reason or recuses, the chairman of the IPAB can proceed to hear the urgent matters.

We hope the government will take note of the court’s observation outlined below and take necessary steps to make early appointment of technical members as it works towards strengthening the Indian IP system and improving ease of doing business.

The court in Mylan Laboratories v Union of India & Ors said: “Inaction on part of the Union of India in filling the vacancies in IPAB is glaring from the face of the record. This has led to a large number of litigants approaching this court for urgent hearings.

“In many cases such as the one at hand, the appeals filed by the litigants are not even being numbered. This is in complete violation of the right to access to justice as guaranteed under article 21 of the Constitution of India.”

The judgment has been criticised in some quarters as bypassing the legislative intent that the cases at the IPAB must be heard by a technical member with the chairman.

The issue is debatable and there is no clear wrong or right. It is however clear that IP practitioners and rights owners think a solution to the impasse at IPAB has to be found, and that it was right for court to step in. This is also evident from the number of cases that have been listed and heard in one month of the court’s interim directions.

Ranjan Narula is managing partner and founder of specialist IP law firm, RNA. He has 27 years’ post-qualification experience working on contentious and non-contentious IP issues and is a member of International Trademark Association’s board of directors. He can be contacted at: rnarula@rnaip.com