Insight into Co-branding and Influencers 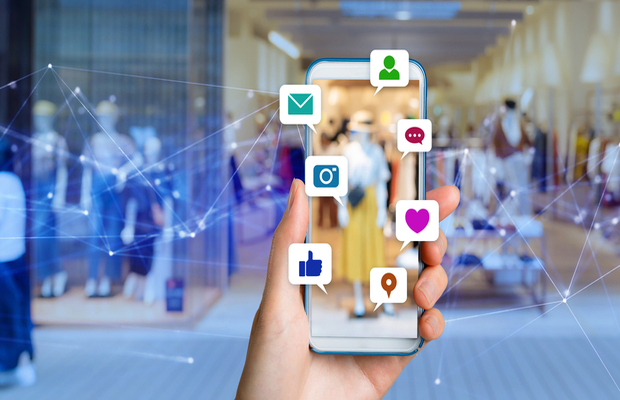 What prompted you to write a commentary on co-branding, which was published in The Trademark Reporter?

It evolved from my own experiences in the fashion industry and seeing the evolution of how we were growing a young brand in a traditional fashion space but also using influencers to get brand exposure. That was my first introduction to what influencers are doing, and raises questions such as: What are the benefits? What is the return on my investment?

The use of influencers exploded before questions such as these had really been addressed, and we are now seeing some lessons emerge. For example, while micro-influencers have a smaller audience, there are really solid conversion rates; people actually buy products because they believe in the authenticity of the influencer.

One thing I looked at was who are the bigger influencers, and how are they growing their own brand? At the same time, traditional co-branding has really changed. For example, Apple co-branded with Hermès, and luxury brands co-branded with retailers. People were looking for ways to bring their brands to a new audience to get excitement about their brand.

The context is that today’s consumers aren’t as brand loyal, so you need to find ways to generate that loyalty. It’s a challenge for a fashion brand to last beyond 10 years now, and influencers can help with that. I think there’s going to be a lot more of it.

"The legal uses will be a lot more complicated—including using influencers not from your home country. You need to understand the local rules."

Saul Lefkowitz wrote a great article in the 1980s that talked about co-branding, or double trademarking as he called it, and it seemed a good time to look at that topic again. It’s yet another way that what we thought about trademark law has changed and the principles have expanded. I think consumers understand co-branding when a fashion brand pairs up with a designer or influencer.

Are there risks, and how can they be minimized?

The risk is that you may be pairing up with someone who has not properly protected their trademark or name. That’s a difficulty when any influencer or celebrity tries to protect their name. Fashion model Gigi Hadid, who has tested the trademark use of her full name and her nickname Gigi, is an example of that. It’s also a challenge for an influencer to show use of their name as a trademark, when it’s intertwined with co-branding. You need to find good examples of use on the Internet. There can also be problems if consumers are misdirected when they have comments or complaints.

What are the implications for trademark practitioners?

A lot of trademark practitioners have some concerns with using influencers, as it’s a bit of a free-for-all regarding compliance. You worry that if you don’t do things correctly, you could lose the money invested in the campaign.

The other problem is a lot of the marketing teams feel that flagging something as “promoted” or as a paid ad is not authentic, but in fact I think the consumer feels the opposite: they know there are relationships between influencers and brands. As long as the influencer is picking brands that are authentic, it is better to be open than to try to hide it. Failing to disclose it can be less authentic for both the influencer and the brand. Consumers want authenticity above all.

How are consumers different now?

For one thing, they don’t go to the mall. Meal times are different, we commute more, we can’t leave work behind because of digital devices, and we feel like we have less time off. Digital has changed everything. So we all shop more online and get things sent to us.

Are there other changes coming in the industry?

One thing is sustainability. I think we will see people investing in better-made, longer-lasting clothing and moving away from fast fashion. There may be more of a 1950s mentality where you take better care of what you have invested in. A few leading brands are pushing this now, but it will take a while: there are buy-back and recycling programs. Consumers were very trend-oriented for a long time, but are now realizing some of those trends are short lived.

That will affect trademarks as people will pursue tag lines that support that messaging, and a more traditional speak about the product. Trademark options are already limited so people will have to be creative. There are only so many ways you can say that.

Are there lessons for other industries too?

Embrace the use of influencers! You can see people in the technology space doing that, and the gaming industry is also working with gamers. You will see it in other industries too. It’s a change from a celebrity-endorsement model to using everyday people who have platforms.

But it will become harder for brands to identify which influencers are in fact authentic. Some are students who are making content for their social feeds, which are essentially fake endorsements, where no one has actually partnered with them. Again, that taps into the theme of authenticity: what is your real brand message as an influencer and as a brand?

The legal uses will be a lot more complicated—including using influencers not from your home country. You need to understand the local rules. For example, in Germany the influencer must use German hashtags for paid ad disclosures. That could get really complicated and could become the stickiest issue. You need to make sure you comply with local advertising rules.