India e-commerce: Liability for platforms is coming at last 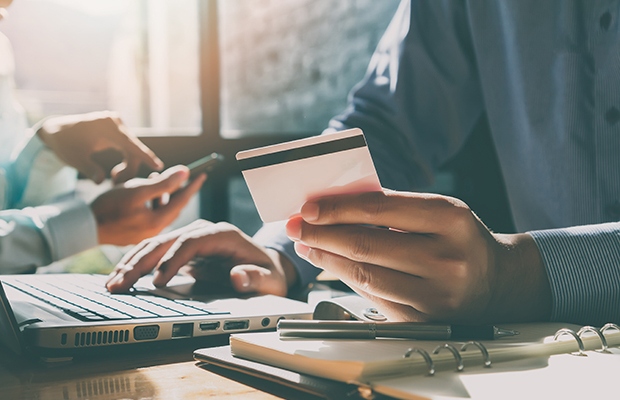 India’s booming e-commerce industry has remained largely immune to the cries of rights owners, but not for much longer, explains Pravin Anand, Jaya Negi and Souradeep Mukhopadhyay.

India’s e-commerce market is set to expand from $24 billion in 2017 to $84 billion by 2021 (“Unravelling The Indian Consumer,” Deloitte and Retailers Association of India, February 2019). This will be facilitated by high internet penetration (estimated to reach above 60% by 2022, according to PwC’s 2018 report “Propelling India towards global leadership in e-commerce”), related to widespread use of smartphones and increasing disposable income.

This growth is, however, posing several challenges to the existing legal regime, which now faces the transformation of business models and markets, and pertinent questions of product liability, IP enforcement, and consumer redress emerging from this changing landscape.

Over the last few years, Indian e-commerce platforms have frequently crossed swords with various IP rights owners, not only highlighting challenges faced by trademark and copyright holders, but also consumers. There have been several instances of counterfeiting and trademark infringement by unscrupulous sellers, putting the consumers at risk and harming the reputation of established brands.

This issue is accentuated by the fact that these sellers are often hard to trace and intermediaries are protected under safe harbour provisions.

An issue arising out of the above is one of liability. Generally, most e-commerce platforms, such as Amazon, Flipkart, Snapdeal and the like, are considered intermediaries, protected by safe harbour provisions contained in §79 of the Information Technology Act, 2000.

Under the extant provisions, intermediaries are required to meet certain minimum standards of due diligence, such as requiring users to not commit illegal acts, such as infringement of IP, defamation, etc (see rule 3 of the Information Technology [Intermediary Guidelines] Rules, 2011). Once the requirement of §79 and rules framed thereunder are met, the intermediary cannot be made liable for “any third-party information, data or communication link made available or hosted” by it (§79[2][b] of the Information Technology Act).

Apart from the above, the intermediary must also show that it has not knowingly hosted or published any information or initiated the transmission, selected the receiver of transmission, and selected or modified the information, communication of which is otherwise actionable under law. This, however, does not include automatic modifications to the format which does not involve tacit or express control or knowledge of the intermediary (see MySpace  v Super Cassettes Industries 2017 [69] PTC 1 Del).

“Concerns over lack of regulation have arisen due to widespread violation of IP rights and unchecked sale of counterfeits through e-commerce platforms.”

In the MySpace judgment, while dealing with copyright infringement, the Delhi High Court noted the near impossibility of sifting huge volumes of data to identify infringing content unless specific information of infringement is presented to the intermediary, making the judgment notable for its pro-immunity approach toward intermediaries. In contradistinction to the above is the Delhi High Court’s decision in Christian Louboutin SAS v Nakul Bajaj & Ors, where the court held that the benefit of safe harbour provisions could not be extended to an intermediary which actively participated in a transaction which amounted to infringement of IP rights.

Effect of the Amway cases

The July 2019 judgment of the Delhi High Court in Amway & Ors v 1MG & Ors deciding interim applications in seven separate suits, where the court has restrained e-commerce platforms such as Amazon, Flipkart and Snapdeal from allowing sale of Amway, Oriflame and Modicare products on their platforms, is likely to impact their functioning in India.

The judgment relies on central government’s Direct Selling Guidelines, 2016 which are meant to regulate the conduct of direct selling entities, such as Amway, which use a unique business model insofar as their products are sold only through authorised representatives bound by agreements containing stipulations as to warranties, refunds, etc, and not through retailers.

While the guidelines purport to regulate direct-selling and multi-level marketing in consumer interest, they also require prior written consent from the direct selling entity before offering for sale or selling their products anywhere, including in any e-market (see clause 7[6] of the guidelines).

In the said judgment, the court found the guidelines to be enforceable and restrained e-commerce platforms from selling or allowing products of direct-selling entities from being sold on their respective platforms.

Another crucial finding was that of prima facie trademark infringement based not only on the likelihood of products sold online being counterfeit, but also on the argument that trademark exhaustion on first sale does not take away the right of the trademark holder to object to further dealings of the products, if there exist legitimate reasons for the same (see §30 of the Trade Marks Act, 1999).

The court, relying on  Kapil Wadhwa v Samsung (MIPR 2012 [3] 0191), went on to state that physical impairment or modification were not the only exceptions to trademark exhaustion, but that modifications in services and warranties, differences in advertising and promotional efforts, difference in packaging, difference in quality control, pricing and presentation are all impairments such that exhaustion may not apply.

In doing so, the court also relied on the decision of the Court of Justice of the European Union (CJEU) in Copad v Christian Dior Couture (European Court Reports 2009 I-0342), which held that first sale doctrine would not apply if the sale is in violation of a licensing agreement between the trademark owner and the authorised seller and the same is found to harm the reputation of the mark.

The rise of e-commerce has revolutionised the retail sector, with competition driven by lower prices of products sold online, enabled by lower costs involved in running e-marketplaces as well as deep discounts provided by the platforms or associate sellers (“No more deep pocket discounts by retailers,” Deccan Chronicle, December 2018).

Concerns over lack of regulation, however, have arisen due to widespread violation of IP rights and unchecked sale of counterfeits through e-commerce platforms, further bolstered by the fact that online sellers are often hard to trace and the intermediary usually claims immunity under extant safe harbour provisions. This puts in peril the consumers and IP rights owners who may be left with no remedy for injury caused to them by duplicitous businesses.

Other countries have been facing the same challenges. In the US, for instance, a court has held Amazon strictly liable for injury caused by a defective dog leash sold on its platform, declaring Amazon to be the “seller” under the laws of Pennsylvania and imposing product liability on it (Heather R Oberdorf & Anr v Amazon, case no. 18-1041, 2019).

In the said case, the third-party seller could be traced neither by the end-consumer/plaintiff nor Amazon, leading the court to note that liability may incentivise Amazon to keep track of sellers and perform appropriate due diligence before allowing sellers on its platform.

The decision by the CJEU in L’Oréal v eBay in 2011 (case no. C-324/09) also aimed to reduce the width of safe harbour immunity by distinguishing between neutral and active roles, holding that the intermediary would be liable if it played an active role, such as assistance to the customers, including “optimising the presentation of the offers for sale in question or promoting those offers”

Currently, Indian government policy seems to be towards regulating the e-commerce business and imposing reasonable duties on intermediary platforms, as manifested not only in the Direct Selling Guidelines, 2016, but also in the draft IT (Intermediary Guidelines [Amendment]) Rules, 2018, which propose to impose further duties on intermediaries seeking safe harbour under the IT Act, 2000, including:

Similarly, sections 94 and 101 of the recently enactedConsumer Protection Act 2019  enables the central government to take measures and frame rules to prevent unfair trade practices in e-commerce in order to protect the interests and rights of the consumers.

In this way, India is moving to curtail the degree of immunity provided to e-commerce intermediaries, making them more responsible toward IP rights owners as well as consumers.

Pravin Anand is managing partner of Anand and Anand. He can be contacted at: pravin@anandandanand.com

Jaya Negi is a managing associate in the litigation department of Anand and Anand. She can be contacted at: jaya.n@anandandanand.com

Souradeep Mukhopadhyay is an associate in the litigation department of Anand and Anand. He can be contacted at: souradeep@anandandanand.com