Horror show: why Mexico’s ‘national’ content quota for streaming services should scare everyone 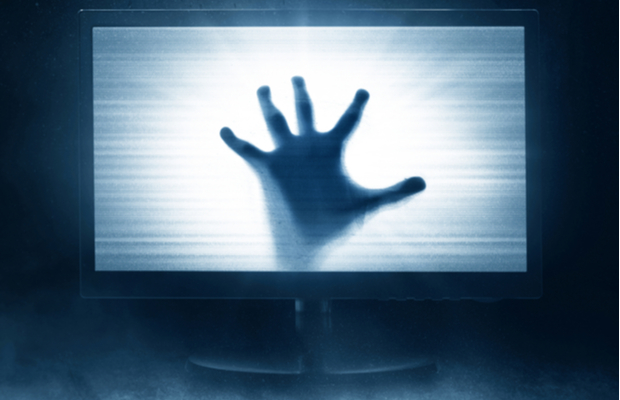 A bill insisting that 30% of an over-the-top service provider's catalogue comprises ‘national’ content would be damaging for end-users, creative enterprises and Mexican culture, argue Luis Schmidt, Guillermo Trevino and Manuel Santin of Olivares.

Copying legislation or directives from other countries is not the best way to legislate. Such is the case of a bill, “Bill Initiative reforming and adding various provisions of the Value-Added Tax Law and the Federal Law On Telecommunications, in the scope of Digital Audio-visual Content Services”, presented by Ricardo Monreal, a politician in Mexico’s National Regeneration Movement.

The bill proposes an amendment to the Federal Law of Telecommunications (LFT) in order to impose a valued-added tax to foreign over-the-top service providers (OTTs)—broadcasters offering TV and movie content streamed over the internet—and that OTTs, whether national or foreign, must have at least 30% of national content (national production generated with a majority of Mexican funds and by a Mexican production company) in their catalogues.

The LFT, under section 3, subsection XLVII, defines a national production as “content or video generated by an individual or corporation with a majority of funding of Mexican origin”.

Under the aforementioned definition, all productions made with money coming from foreign OTTs are excluded from national productions.

As such, TV series such as “Club de Cuervos”, “La Casa de las Flores”, and “Monarca”, or films such as “Roma” would not be counted as such, even if said productions were mostly made by Mexican writers, directors, photographers and actors. Said works are made with Mexican intellects and they reflect the so-called national identity, but for the LFT they are “foreign” works because they were financed mostly by a foreign company.

Is the bill really trying to promote national identity or is it following other interests?

To impose on streaming platforms a content quota of 30% of national production follows this global trend that appreciates, promotes and protects local content, but it is ill-conceived. This obligation is not shared by open and paid TV channels which, unlike video platforms, exploit a nation’s resource such as the radio spectrum.

Also, it’s implementing a measure that not even the Federal Law of Cinematography has: under section 19 of said law only 10% of the cinematographic works on exhibition must be national, and regular television and broadcasts that utilise the radio spectrum have a national production quota of 20%, but this only impacts on publicity, meaning that if they comply with the content quota they may increase the percentage of advertising time.

In order to promote national productions, the LFT incentivises this publicity percentage and service providers must display said production quota on their programmes.

Effects of the bill

With the way the bill is proposed, it is highly probable that OTTs such as Prime Video (Amazon) or Netflix will be discouraged from making investments or fund productions for their platform services, as they have been doing for the past few years.

There would be a high risk that investment moves to other countries, causing a direct impact on the industry in Mexico, as well as having negative repercussions in thousands of producers and the so-called ‘above-the-line’ crew and also in the technical staff and all those the ‘below the line’.

“End users or consumers of the services will not have as many options, nor will they have the right to choose what they consume.”

There is another problem with the percentage of “national content”—how and from where will OTTs have enough works to make up 30% of the total catalogue with national content?

The only option left by the present bill is for them to license older film works belonging to national providers—national competitors will not license their newer productions—which results in a direct impact on the end user or consumer by not promoting competition and, therefore, the quality of the audiovisual productions available to them.

Another alternative that OTTs would find is to reduce the international catalogue to increase the proportion of national content, which impoverishes the supply and diversity of content.

This is because the bill is a copy of the EU Audiovisual Media Services Directive. In said directive the same percentage was approved, although this approval comprises works from the 27 countries of the EU.

This is not the case in the suggested amendments. In Monreal’s proposal, not only would a single country production count towards the quota, also restrictions on what is considered national production would remain in force.

According to the Federal Institute of Telecommunications (IFT), video service providers are not considered to be television providers. Here we find another lack of knowledge in the drafting of the bill.

It refers to OTTs as television providers via internet, which they are not. In the resolution of June 8, 2016, the IFT concluded that video service providers are not television, hence they are not included within the scope of the definition set forth under section 3, subsection LXIV which states that a restricted TV and audio service is: “Audio telecommunication service or associated audio and video telecommunication service provided to subscribers, through public telecommunication networks, by contract and periodic payment of a pre-established amount.”

The bill intends to modify section 3, subsection LXIV to read as follows: “Restricted TV and audio service: audio telecommunication service or associated audio and video service provided to subscribers, through public telecommunication networks, including that provided over the internet, by contract and periodic payment of a pre-established amount.”

The bill is not clear regarding these OTTs, as well as missing direction in another important area. End users or consumers of the services will not have as many options, nor will they have the right to choose what they consume.

As an example, Crunchyroll, a niche OTT which specialises in anime and manga, has more than 60 million subscribers of which only two million are actively paying subscribers. Crunchyroll also produces its own works.

The legislation loopholes in this bill would prevent Crunchyroll from offering its OTT services as well as discourage it from entering the Mexican market in order to fund animation productions in national territory, as it would have no competitive advantage in Mexico.

There are a number of enforcement concerns if this bill were to be approved. First, it allows the IFT to observe and enforce said measures. These are powers it does not have even over traditional television or broadcasts.

Another error from the bill is that it does not provide for labelling of descriptive metadata, that is, descriptive information about a resource. Metadata is used for discovery and identification. It includes elements such as title, abstract, author, and keywords—information listing the national content elements that the IFT would have to verify in order to calculate a percentage and facilitate the new regulatory burden.

How will the IFT enforce the national content percentage? How will it verify that the quota is being met, and from whom and where are the productions being made?

In the EU directive (EU) 2018/1808 of the European Parliament and of the Council, as of 14 November 2018, this issue with enforcement is addressed by labelling the metadata of the audio-visual content that allows a work to qualify as ‘European’ in order to make such metadata available to the OTTs and ensure prominence of said works.

In the scope of the EU directive, prominence implies the promotion of EU works by facilitating access to them. Such prominence can be ensured in ways various, such as creating a section dedicated to EU works that can be accessed through the initial website of the service; a search tool provided by that service that allows you to find EU works; the use of EU works in that service’s campaigns; or promoting a minimum percentage of EU works in the catalogue of that service, for example by using advertisements or similar instruments.

As a final note regarding the enforcement of the quota, it is not a legal measure and avenues could be explored to dispute the referred provisions, mainly for violating the digital economy chapter of the T-MEC (the 2018 US-Mexico-Canada Agreement) and for constituting discriminatory provisions in relation to other types of services as it contravenes a fundamental constitutional right on internet neutrality. However, any action to combat them would have to be taken once the bill enters into force.

Changes needed for the bill

National production is a global trend in order to protect national identity and in Mexico, the emerging audiovisual industry creates millions of dollars in annual revenue, benefiting thousands of authors and skilled workers, as well as providing much needed diverse entertainment and culture for the population.

In order to respect the core values of both the LFT and the fundamental rights of creativity and culture, the bill needs the following amendments:

The bill tries, on the surface, to promote national identity and encourages the production of national audiovisual works, although this encouragement is ill-conceived and has several issues to be dealt with if it’s to be effective in the audiovisual industry.

As stated, the bill seems to serve the interests of only the biggest telecommunication service providers, as they would be the main beneficiaries if the bill is approved.

In case the legislation does not consider items I and II above, film or TV producers, financiers or OTTs will be forced to have less variety in their catalogues or will be in a disadvantageous situation compared to national service providers.

This measure will not only impact foreign OTTs, but also Mexican end-users and consumers, as well as have direct repercussions on the Mexican economy, of which the audiovisual industry represents 3.2% of gross domestic product.

Luis Schmidt is a partner at Olivares. He can be contacted at: luis.schmidt@olivares.mx.

Guillermo Trevino is a senior associate at Olivares. He can be contacted at: guillermo.trevino@olivares.mx.

Manuel Santín is a junior attorney at Olivares. He can be contacted at: jose.santin@olivares.mx.