Genericide: the need for distinctiveness 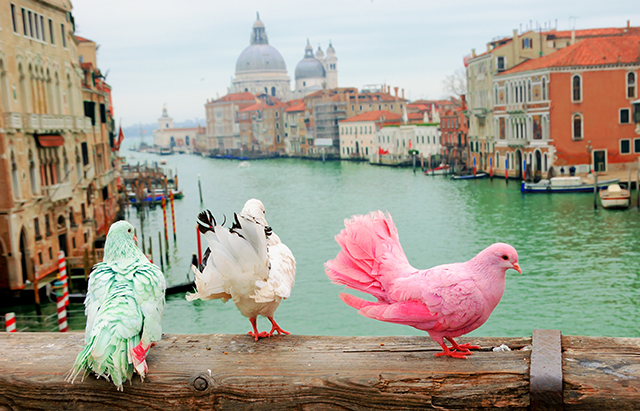 Trademark owners need to ensure that their trademarks do not become a generic word for their products or services in the marketplace, as Nicoleta Tarchila of Cabinet Enpora reports.

The registration of a trademark shall confer on its owner an exclusive right in that trademark, according to Romanian trademark legislation. However, trademark owners are frequently challenged while trying to enforce their trademark rights.

Our recent practice has revealed two particular cases which were brought before the Bucharest Court of Law under claims of trademark infringement. What is specific for these cases is that in both situations the infringers claimed they were entitled to use the marks and that their use was fair as long as the expressions were not used as marks but as common words to describe the goods/services.

One of the cases dealt with a trademark registered based on acquired distinctiveness. A trademark may consist, according to the Romanian trademark legislation, in any sign capable of being represented graphically provided that such sign is capable of distinguishing the goods or services of one enterprise from those of other enterprises. Consequently marks which are merely descriptive of the goods or services they are intended to identify lack the required distinctiveness and may not become the exclusive rights of one entity to the detriment of its competitors.

The legislation provides also an exception to this rule and permits registration for marks which by reason of their use have acquired a distinctive character prior to the filing of the applications. All well and good for trademark owners which have succeeded in obtaining registrations based on acquired distinctiveness.

Enforcing these trademarks has proved to be quite difficult. The competitors refuse to acknowledge that the words or association of words which they consider common and available to everyone have now become the exclusive right of one enterprise, and are reluctant to pay heed to cease-and-desist letters in spite of the existing proof of registration.

This is the case of a Romanian company, Termosanitas, active in producing and commercialising furniture, particularly beanbags. It is a small company, active on the Romanian market for more than ten years. Back in 2000 the company was the first to introduce beanbags to Romanian consumers.

In order to accustom the consumers with its products the company chose the expression ‘fotolii puf’ to identify the goods. Although formed out of two common words—‘fotolii’ is the Romanian word for ‘armchairs’ and ‘puf’ is the equivalent of ‘pouffe’—the expression is not entirely descriptive and more important it was used constantly by the Romanian company to identify its goods.

For a long period of time the company was the only producer on the market. In 2009 the company filed a trademark application for the word expression ‘Fotolii Puf’ after having been constrained by the emerging market and the emergence of competing companies. The registration process was a long one, however, and in 2011 after filing a defence claiming acquired distinctiveness the company obtained exclusive rights on the expression for furniture, especially armchairs.

"Manpower started an infringement action against a Romanian company using its mark as a common word to describe recruitment services."

In the meantime the market had diversified and several new companies started producing the goods, taking over the expression ‘fotolii puf’ and using it as the common Romanian name for beanbags.

In our second case the trademark owner claimed its mark is well known in Romania due to intense use and significant trademark reliability. The other party is defending itself by invoking that the use of the expression is made solely to describe the services and therefore it shall be ascertained as a fair use of the term.

Manpower started an infringement action against a Romanian company using its mark as a common word to describe recruitment services. The company is a direct competitor of Manpower and offers recruitment services in the maritime domain. To this end the company is describing its services by using the expressions ‘Romanian Manpower Supply Company’ or ‘Maritime Manpower’.

The infringement action is currently pending before the Bucharest Court of Law. The defendant has based its defence on the fact that the term ‘Manpower’ is not used as a trademark but rather to indicate the destination of the provided services. Therefore the defendant is claiming a fair use of the trademark having in view that, according to the Romanian trademark legislation, the owner of a trademark may not request that third parties be prohibited from using in the course of trade indications concerning the characteristics of the services.

In reply to the defendant’s claims the plaintiff argued that there are plenty of Romanian words that could be used by the defendant in order to characterise its services and the use of its mark instead may not be justified. Moreover it is the duty of a trademark owner to take care that its trademark does not become a generic word in the course of trade. Consequently accepting the use of its mark as a common word describing the services may lead to the loss of the trademark rights or, more commonly, to a de facto inability to enforce its trademark rights against third parties.

We are looking forward to the court’s decisions in these two infringement cases.

Nicoleta Tarchila is a partner at Cabinet Enpora. She graduated from law school in 2004 and has been an IP counsel since 2006. She advises clients from various activity fields. She is a member of INTA and Marques. She can be contacted at: ntarchila@enpora.com