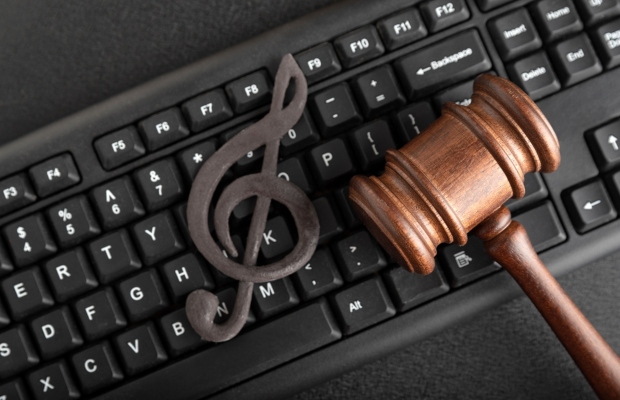 On July 7, 2021, the General Court ruled for the first time on an EU sound trademark in the form of an audio file, submitted by Ardagh Metal Beverage Holdings.

Filed on June 6, 2018, this sound trademark for beverages consisted of the sound of a beverage can being opened, a one-second silence and finally nine seconds of a fizzing sound.

This application was rejected on January 8, 2019, by the Examining Division on the grounds that the sound could not be perceived as identifying the commercial origin of the product. The applicant then appealed to the Board of Appeal of the European Union Intellectual Property Office (EUIPO) and later to the General Court, both of which were dismissed.

The Board of Appeal noted that, in order to be registered as a trademark, a sound must indicate to consumers the commercial origin of the goods or services designated.

The General Court then provided some clarifications on the notion of distinctive character attached to these particular trademarks which, like all trademarks, must be capable of identifying the origin of the goods or services they designate.

The court noted that the criteria for assessing the distinctive character of sound trademarks were the same as for other trademarks. It then stated that the perception of the average consumer was nevertheless not the same, depending on the type of trademark concerned, and cited the example of a three-dimensional trademark.

For the applicant, the Board of Appeal had started from the presumption that a sound trademark had to diverge significantly from the norms of the sector to fulfil its function of indicating the commercial origin of the designated goods. In this case, the criterion, which was established for three-dimensional trademarks, did not apply.

The function of a trademark

The court decided that the criterion could not apply to sound trademarks since the consumer’s perception was not necessarily the same in the case of a three-dimensional trademark (consisting of the appearance of the product itself or its packaging), as in the case of a verbal, figurative or sound trademark, which consisting of something independent of the external appearance or shape of the goods.

It nevertheless considered that the sound trademark was not distinctive in accordance with article 4(a) and article 7 of Regulation No. 2017/1001 because this sound had a direct link to the designated goods. It could be perceived as a functional element of the goods in question, the sound of the fizzing bubbles being immediately identified by the consumer as referring to drinks, regardless of whether they contained carbon dioxide.

The court also confirmed that the trademark was not unusual in its structure, as the sounds of a can being opened, a silence and a fizz, corresponded to predictable and customary elements in the drinks market. Therefore, that combination was not able to identify the drinks as coming from a particular company or distinguish them from those of another company.

“The court rejected the EUIPO’s assertion that it was unusual in beverage packaging markets to indicate the commercial origin of a product only by means of sounds.” - Aurélia Marie, Cabinet Beau de Loménie

However, the court rejected the EUIPO’s assertion that it was unusual in beverage packaging markets to indicate the commercial origin of a product only by means of sounds, so that a sound could not fulfil, per se, the function of a trademark. The EUIPO had argued that if the sound is made only when the product in question is opened, and therefore after acquisition, it cannot help the public to orientate themselves in their choice of purchase.

The court rejected this argument on the ground that most products were silent and produced a sound only when they were consumed. Thus, the mere fact that a sound can be heard only when a product is consumed does not mean, as such, that the use of sounds to indicate the commercial origin of a product would be unusual—and that a sound cannot intrinsically fulfil the function of a trademark.

The court therefore confirmed the principle that a sound can work as a trademark. It may indeed allow to its owner to create an identity, thereby distinguishing it in a new way from its competitors. In this respect, one may remember the sound of the roaring lion of Metro-Goldwyn-Mayer Pictures, registered as EU trademark No. 005170113 to designate goods and services in classes 9, 38, 41 and 42.

However, the validity of a trademark must be respected and, from that point of view, the court’s decision is not very promising. One must hope that the precedents that will emerge from these decisions will be less restrictive than the ones regarding three-dimensional trademarks and will not become a challenge.