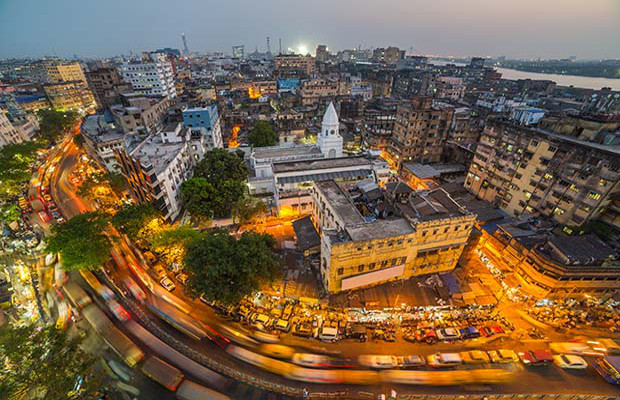 Traditionally, damages awards in India have been few and far between. But, as pending litigation continues to stack up, courts in India are beginning to respond and award damages across the board. Mohini V and Aarti Aggarwal of Remfry & Sagar report.

Damages under common law are a form of financial compensation which measures the harm caused to another in monetary terms, and are awarded to a suffering party due to a breach of duty, losses suffered, or injury caused on account of actionable wrongs.

Another form of financial compensation often meted out in suits is that of costs, ie, awarding expenses incurred in bringing a lawsuit such as cost of litigation, court fees, and attorneys’ fees.

Historically, in the context of IP suits in India, a sentiment of nominal costs and damages or no costs and damages at all pervaded legal jurisprudence. Decisions in Time Incorporated v Lokesh Srivastava (2005, now overruled), Microsoft Corporation v K. Mayuri & Ors (2007) and Hindustan Unilever v Reckitt Benckiser India (2008) greatly stirred the discourse around damages and were early bellwethers of a changing approach.

However, none of these cases was able to succinctly establish ground rules that could be followed uniformly across myriad cases, and nor did they entail large sums of damages being awarded.

Change has become much more palpable following the advent of the Commercial Courts, Commercial Division and Commercial Appellate Division of High Courts Act, 2015 (the act) and subsequent amendments in 2018.

Courts are now empowered to impose costs on parties found guilty of mala fide practices, even if the same have not been quantified by parties to a suit. Introduction of the act has led to increasing instances of grant of damages, including unprecedented amounts in deserving cases.

Costs at interim stage worth millions

In an important suit for design law in India, the High Court of Delhi while adjudicating interim injunction applications came down heavily on the plaintiff for obtaining injunction orders against several shoe manufacturers in India.

"For infringement which was deliberate, calculated and in wilful contempt of court, an injunction award along with costs and aggravated damages was deemed appropriate."

In 2019, the High Court of Bombay imposed costs of Rs50 million on the defendants in a suit filed by Nippon Steel & Sumitomo Metal Corporation for trademark infringement and the manufacture of counterfeit carbon seamless pipes, by wrongfully affixing Nippon’s trademarks on the pipes and providing forged certificates bearing Nippon’s trademarks and logos.

There was a need to send out a strong message to deter unscrupulous entities akin to the defendants from providing counterfeit goods (use of which would have wide public safety implications), so the court, in a welcome step, dealt with the matter with an ‘iron fist’ and imposed exemplary costs.

Damages ten times the amount actually sought by the plaintiff were granted. Further, the court ensured that the damages were paid by the defendants shortly after the order was issued.

First of its kind

In the same year, the Delhi High Court in Koninklijke Philips v Amazestore attempted to lay down principles relating to the award of damages.

The court held that since the defendants had continued to sell infringing products in contempt of an earlier injunction order, their malicious conduct deserved punishment of a scale that would deter them and others unequivocally.

As a result, a total cumulative relief of approximately Rs30 million (including both actual damages as well as aggravated damages) was awarded in favour of Philips. This case went a step ahead in awarding damages—based on the degree of mala fide conduct of an infringer, different categories of proportionate punishment were laid down.

This decision set a thumb rule—a first of its kind—which may not serve as the law of the land (yet) but will definitely aid jurisprudence around damages going forward.

In February 2020, the Delhi High Court granted more than Rs9.6 million in damages and Rs 320,000 million as legal costs to a popular helmet manufacturer, Steelbird Hi-Tech India in a suit for design infringement filed by it against Asia Fibre Glass Products in 2016.

The court permanently injuncted the defendant from infringing upon Steelbird’s registered helmet design. While this relief came after a protracted period of Steelbird having led ex-parte evidence, the huge amount of damages awarded cements the zero tolerance policy increasingly being adopted by the Delhi High Court in dealing with deserving cases of infringement.

Financially quantifying damages for the intangible right of IP can be a challenging task, but it is a challenge courts in India are now readily accepting and taking up with aplomb.

With instances of spurious and counterfeit products increasing over time, damages, and especially aggravated damages, can act as a powerful deterrent to safeguard interests of IP right owners.

Particularly, costs of litigation as well as case pendency is high in India so relief by way of damages and/or actual costs at an interim stage such as in Crocs ought to help relieve pressure on the judiciary in terms of pendency and also serve as an effective means of redress for litigants who are granted compensatory relief without having to prolong litigation.

In sum, the recent trend of awarding damages (be it at an interim or final stage) is a welcome sign of a judicial system which is now responding to the growing pressure of pending litigation actively with litigant interest at its core.

Mohini V is an IP litigation partner at Remfry & Sagar and is a disputes specialist with more than 15 years’ experience. She counsels clients on trademark infringement, unfair competition, copyright and design infringement, and domain name disputes. She can be contacted at: mohini.v@remfry.com

Aarti Aggarwal is an associate in the Remfry & Sagar IP litigation team. She assists clients in contentious matters involving trademark, copyright, domain name and design law violations and also focuses on IP enforcement issues. She can be contacted at: aarti.aggarwal@remfry.com