Filing a priority document in Portugal 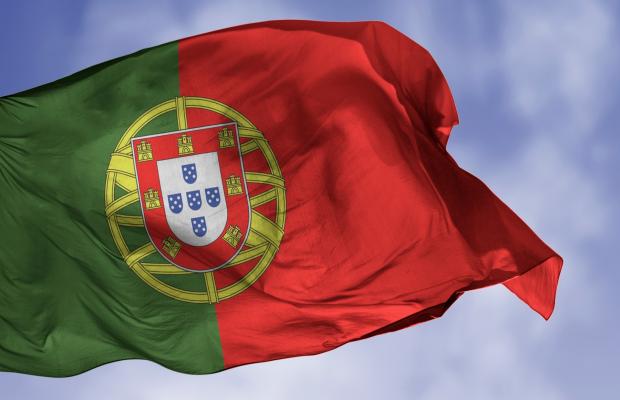 There are benefits to starting a patent family in the country, explains Vítor Sérgio Moreira of Inventa.

The Portuguese Patent Law (CPI) may provide interesting ways for an applicant to file a priority document in Portugal and when filing subsequent patent applications abroad.

This article aims to present the advantages to the user to begin a patent family in Portugal, including some careful considerations, especially when the applicant chooses to take the PPA route.

Advantages of filing a PA

A PA must be filed in Portuguese and must meet the formal requirements of a standard patent application, wherein the filing official fee is €109.07 ($110.46). According to number 1 of article 68 of the CPI, the Portuguese Patent Office (INPI) drafts a search report and a written opinion about the patentability within 10 months after filing the PA, wherein this non-binding report may be useful for the applicant concerning the decision about filing correspondent patent applications abroad.

Another advantage of this embodiment is referred to the fact that any objections regarding lack of clarity, novelty, or inventive step, for example, may be fixed before filing patent applications abroad.

Advantages of filing a PPA

A PPA may be very useful for applicants who want to ensure a priority date for their inventions as soon as possible.

A PPA may be filed before the INPI in Portuguese or English. Therefore, for the applicants that want to file correspondent patents abroad claiming as a priority the PPA, it is possible to save money on translations from Portuguese into English.

This situation is useful when the applicant aims to file within 12 months counting from the filing date of the PPA an international patent application using the Patent Cooperation Treaty (PCT) or within the same period, the applicant aims to file correspondent patent applications in jurisdictions having English as an official language, for instance, the US Patent and Trademark Office (USPTO) or the European Patent Office (EPO).

It is worthwhile to mention that to file a PCT international patent application or to file a patent application directly before the EPO, it is not necessary to proceed with the conversion of the PPA into a PA in Portugal. In other words, it is possible to lapse the PPA, and it is not necessary to spend money in its translation from English to Portuguese if the PPA was filed in English.

Another advantage of the PPA in Portugal is related to the fact that the specification filed before the INPI does not need to meet the formal requisites of a PA, wherein it is even not necessary to include claims. Moreover, it is possible to file colourful drawings or hand-drafted drawings, which are not acceptable in a PA.

Other offices, eg the USPTO, also provide the possibility of filing PPAs, but the CPI defines a significant advantage for the applicant of a PPA in Portugal, which is not assured by an equivalent filing before the USPTO.

According to number 5 of article 63 of the CPI, after an applicant has made a request, the INPI drafts a search report within 10 months after filing the PPA.

Therefore, the search report of a PPA filed in Portugal contributes as relevant input to the applicant regarding the decision of proceeding with filings of correspondent patent applications abroad.

Drawbacks and precautions of a PPA

An applicant of a PPA that wants to proceed with the PA in Portugal shall be aware that the PPA must be converted into a PA within 12 months after filing. The specification of the PPA must be edited to meet the formal requirements of a PA.

According to the CPI, a major topic shall be considered when carrying out the conversion procedure in Portugal, which is related to the inadmissibility of adding subject-matter in the specification.

Therefore, an applicant should be careful to include complete information in the PPA. Indeed, it is possible to consider that the refusal of a PA during the conversion of a PPA, based in new subject-matter added, is a deficiency of the CPI.

Of course, adding new subject-matter must be checked by the INPI when a conversion act is filed. Anyway, it would be proper and fair for the applicant if the eventually added new subject-matter receives a new priority date, corresponding to the date when the conversion application was filed, and the prosecution of the PA application proceeds to the substantive examination phase.

This inconvenience in the CPI, regarding the conversion of a PPA into a PA, is not linked with the development of an invention during the first 12 months after filing the PPA, wherein the inventors sometimes develop new embodiments of the original technical solution when making further experiments.

Considering a hypothetical example, an inventor develops a pharmaceutical composition for treating a specific disorder, wherein said composition comprises a specific molecule as an active principle active (API 1) and a specific excipient (E), wherein the latter promotes an unexpected bioavailability of the API 1 in the target tissue of the organism.

The INPI would consider that the subject matter of claim 2 is related to a new subject-matter and would notify the applicant to delete it from the specification. The applicant would have to remove said new added embodiments to avoid the refusal of the PA and would have to file a second PA referred to the embodiment of the second claim.

This situation would duplicate the costs for the applicant, considering the official fees, including renewal fees.

This legal provision in the CPI is inconvenient for the applicant who wants to protect inventions in Portugal. On the other hand, going back to our example, if the PPA has only the subject-matter of claim 1, and the applicant files a PCT international patent application within 12 months comprising both claims 1 and 2, the EPO, acting as the International Search Authority, would detect that claim 2 is a new subject-matter, but would not refuse the PCT application.

Instead, the EPO would consider that claim 2 has a different priority date, which is the filing date of the PCT, and the substantive examination would proceed.

Later, the PCT application could be entered in the Portuguese national phase and said national patent application would be granted for both claims 1 and 2, if they were considered novel and inventive.

Alternatively, the PCT application could be entered in the EPO regional phase, and after the European patent is granted, it could be validated in Portugal. Therefore, the prohibition of adding new-subject matter to a PPA in Portugal might result in contradictory outputs for the applicant, considering if the prosecution happens only in Portugal or abroad.

On the other hand, an applicant, that wants to protect an invention only in Portugal, shall be aware that it is not possible to add new subject-matter when converting a PPA into a PA.

Vitor Sergio Moreira is patent manager at Inventa. He can be contacted at: vmoreira@inventa.com