Exposure to enhanced damages after Halo 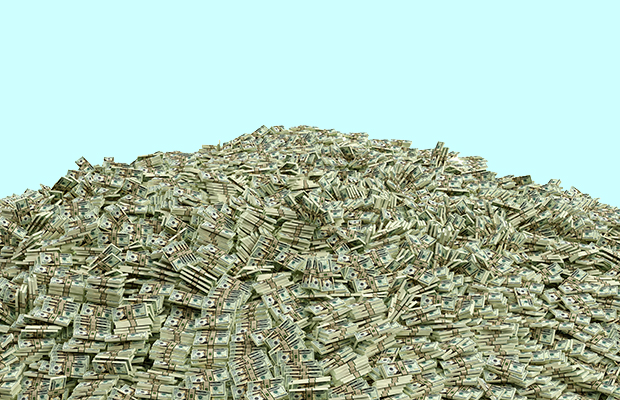 The Halo decision on wilful patent infringement has made it desirable to accumulate evidence of good faith at the time of conduct in order to avoid enhanced damages. Michael Mutter and Shawn Hamidinia of Birch Stewart Kolasch Birch report.

As discussed in WIPR November/ December 2016, 35 USC §284 allows for the recovery of up to three times the actual patent infringement damages in exceptional cases arising from wilful infringement. The US Supreme Court’s 2016 decision in Halo Electronics v Pulse Electronics changed US law that had been in effect since 2007 and returned the determination of wilfulness to a triable jury question.

Reasonableness of the accused infringement is determined based on subjective intent at the time of the actions. For companies doing business in the US, it is prudent to develop evidence of subjective good faith at the time a technology is introduced at any time that the company expects US patent infringement to be asserted.

Several district court cases have considered the issue of wilful infringement under §284 since the Halo decision. Notably, PPC Broadband v Corning Optical Communications analysed wilful infringement to uphold a jury verdict, awarding two-times damages—an additional $23.85 million—against the patent infringer. The PPC court applied the law that had been in effect before In re Seagate Technology (2007), considering the equitable analysis used by the US Court of Appeals for the Federal Circuit in its 1992 decision Read v Portec.

This, and other pre-Seagate decisions, applied an equitable analysis guided by a nine-factor test for determining wilful infringement (the Read factors). These include:

(1) Whether the infringer deliberately copied the patentee’s ideas or design;

(2) Whether the infringer, upon knowing of the patent, investigated the scope of the patent and formed a good-faith belief of invalidity or non-infringement;

(4) The infringer’s size and financial condition;

(5) The closeness of the case;

(6) The duration of the infringer’s misconduct;

(7) Remedial action taken by the infringer;

(8) The infringer’s motivation for harm; and

(9) Whether the infringer attempted to conceal its misconduct.

The fact finder (eg, jury) then weighs these factors to determine if the infringement was wilful by a preponderance of the evidence. For this consideration, each party should present evidence to support its position. This means that when technology that might be accused of infringement is adopted with knowledge of a patent, evidence of good faith should be accumulated at the time the decision to introduce the technology is made.

"Evidence assembled for the first time at or near trial is no longer adequate to avoid a finding of wilful infringement."

Once a potential infringer is aware of a patent and potential infringement, it is important to establish evidence of subjective good faith to satisfy Read factor 2. In litigation, it is the patent owner’s burden to demonstrate likelihood of subjective bad faith by a preponderance of the evidence. It is in the accused infringer’s interest, however, to present rebuttal evidence of good faith, particularly since the factors are weighed to determine preponderance of the evidence.

A company introducing a new product potentially covered by another’s patent should anticipate that, if an infringement lawsuit is initiated, evidence of subjective bad faith will probably be presented by the patent owner. Therefore, the accused infringer should develop evidence of subjective good faith at the time the technology is introduced.

Before the Seagate decision, subjective reasonableness of the alleged infringer’s actions was typically, and most easily, obtained by an opinion of outside counsel to support subjective good faith. As the pre-Seagate law evolved, it was clear that other evidence besides an independent opinion of counsel could be presented to support subjective good faith. However, once a company becomes aware of the existence of a patent and potential for infringement, the accused infringer’s actions will be judged for reasonableness at the time the decision to implement the technology is made.

Evidence to rebut the allegation of bad faith could be presented from corporate records and/or counsel testimony. Such evidence is generally produced by waiving the attorney-client privilege between the company and in-house or litigation counsel, and therefore creates a substantial risk of unintended waiver of the privilege and may lead to extensive in-house discovery or potential disqualification of litigation counsel.

For this reason, it is most expedient to present the patent and the product in question to independent counsel, in order to elicit an opinion bounded by the scope of knowledge of independent counsel, which inherently limits the potential for waiver of the attorney-client privilege. So, a favourable opinion by independent counsel can be used as evidence of subjective good faith, if later needed at trial, without exposing in-house counsel and litigation counsel to extensive discovery and potential disqualification.

Another question is how to address the lack of evidence of good faith assembled at the time the technology was adopted. Such evidence was not necessary under the 2007 Seagate standard, since under that standard objective evidence could be developed at the time of trial. Evidence assembled for the first time at or near trial is no longer adequate to avoid a finding of wilful infringement.

Given that the decision to not accumulate evidence of good faith at the time of technology adoption may arguably be explained by the applicable law at the time, it would be desirable to produce evidence of subjective good faith, even years later, to provide evidence in support of factor 2 and factor 7 (remedial action taken by the infringer).

Halo has returned the law to a pre-Seagate status and under this law, when there is knowledge that a patent may cover a company’s product or process, it is desirable to accumulate evidence of good faith—through retaining opinions from outside counsel—to avoid enhanced damages (up to three times) for wilful infringement.

Michael Mutter is a partner at Birch Stewart Kolasch Birch. He leads the firm’s electronics and IT patent department, where he focuses on licensing, litigation, dispute resolution and portfolio management. Mutter has been lead counsel in inter partes proceedings, as well as litigation at the Federal Circuit. He can be contacted at: mkm@bskb.com

Shawn Hamidinia is an associate at Birch Stewart Kolasch Birch. He specialises in patent prosecution in the fields of chemistry and life sciences. Hamidinia has experience in the drafting and prosecution of patent applications in the areas of signal transduction, genomics, biotechnology, pharmaceutical chemistry, drug screening systems and inorganic chemistry. He can be contacted at: shawn.a.hamidinia@bskb.com