ECTA: The implications of AI for IP 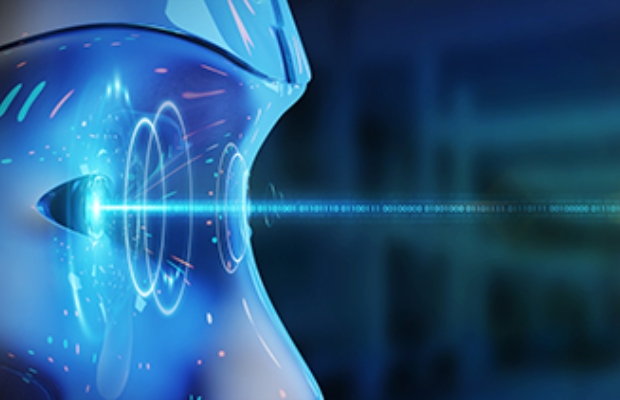 Artificial intelligence is a hot topic, but are existing legal frameworks for IP rights capable of dealing with it, asks Max Oker-Blom of the European Communities Trademark Association.

There are many characterisations of artificial intelligence (AI), such as Andrew Ng’s in the World Intellectual Property Organization’s (WIPO) report on Technology Trends 2019 regarding AI.

Ng talks about AI being “automation on steroids” or “the new electricity”. He adds: “I can hardly imagine an industry which is not going to be transformed by AI.”

Precise definitions, however, are lacking. In order to come to grips with the term it is recommended to distinguish between AI techniques, such as machine learning, logic programming, fuzzy logic, probabilistic reasoning and ontology engineering, functional applications, and AI application fields.

Computer vision, natural language processing and speech processing can be mentioned as examples of AI functional applications. The application fields are several, such as networks, life and medical sciences, telecommunications and transportation.

The relationship between AI and rights, particularly IP rights, flows, of course, in both directions. On the one hand, the recent rapid development of AI raises questions about possible legal protection against AI, such as with respect to employment and automation with the help of robots, and on the other, whether new IP-legal rules will be detrimental and not create any additional incentives beside the existing ones. I will focus on the latter issue.

First, a brief description of the development of AI and the evolution of AI patent applications and scientific publications as mentioned in WIPO’s recent publication.

The term AI was coined more than half a century ago, in 1956, at a conference in Dartmouth, US. During the 25 years that followed, some effort was put into logic-based problem-solving approaches. Since these efforts did not result in any breakthroughs, AI experienced its first ‘winter’ during the following five or so years.

"IP rights could in the future be attributed to those natural persons who have contributed to the AI-generated output."

This atmosphere changed during the 1980s due to knowledge-based expert systems bringing new successes. This was followed by a new ‘winter’ because of the limitations of the expert systems, which were expensive to update and maintain.

The 1990s brought new optimism regarding AI because of increased computational power. From 2012 onwards, the successes of AI have been enhanced by the increased availability of data, connectedness and computational power. At the moment there seems to be enormous hype about AI—for example, there does not seem to be an IP conference without AI on the agenda.

Patent applications are a fairly good indicator of technological development. During the last 50 years almost 340,000 patent families related to AI have been filed. During the same period more than 1.6 million scientific papers have been published. The number of applications has grown particularly from 2011 to 2017.

This and the fact that the ratio between scientific publications and patents is reducing are clear signs of the increasing interest in practical use of AI technologies. Here IP enters the picture.

Machine learning, logic programming and fuzzy logic seem to be the most prevalent AI techniques when reviewing patent literature. The most predominant AI functional applications are computer vision, natural language processing and speech processing. Although some fields show clear growth in patent applications, such as telecommunications, transportation and life and medical sciences, almost all fields show an increase in patenting activity in recent years.

Looking at the abundance of patent data on AI, there does not seem to be an immediate need for new IP rules to incentivise development. There are, however, a couple of issues which at some stage will need to be resolved.

First, the question of author and inventorship in connection with AI-generated works, which concerns copyright as well as patents, and second, the matter of originality with respect to copyrighted works.

The questions of authorship and inventorship have attracted quite some attention, particularly within academic writing. There are basically three options. If a physical person is not found to be regarded as an author or inventor, the creation or invention respectively is assigned to the AI—to the algorithm—thus giving personhood to AI.

A third one is to categorically deny personhood to non-human creations or inventions, and consequently IP protection. These creations and inventions would thus become part of the public domain.

Looking at EU copyright law there seems to be firm support for considering natural persons as authors. The directives on cinematographic and audiovisual works, computer programs and databases do not provide non-humans or an entity without legal personality with authorial status.

The reasoning by the Court of Justice of the European Union (CJEU) in cases concerning copyright originality comes to the same conclusion regarding authorship of other types of works.

Even though there is no EU law definition of whether an inventor should be a natural person, the presumption is that inventions are made only by natural persons. Furthermore, when the inventor is mentioned at the European Patent Office (EPO), the family name, given names and the address of the inventor are required.

An additional indicator is that the law, when talking about the inventor, uses words such as “rights”, “he” or “his”. Case law on the matter seems be lacking, at least from the EPO boards. The UK seems to be one of the few European countries with a positive definition of inventor, using a wording such as “the deviser of the invention”, which gives room for a more extensive interpretation.

Regarding originality, in the civil law tradition the concept is a key requirement for acquiring copyright. This seems to suggest that the focus is on the creator and not, as in common law, on the creation, under which skill and labour are emphasised. These differences are being blurred, however, together with international development. Irrespective of this, the above division of emphasis might have some relevance when talking about AI and inventorship.

In the literature it has been suggested if AI-generated works do not satisfy the requirement of originality, they should be left in the public domain instead of trying to create new rights, which would fragment and complicate the legal structure of IP rights even further.

Nonetheless, taking into account that one of the basic ideas of IP is to function as an economic incentive for the physical inventor and creator respectively when rewarding the temporary “monopoly”, legislators should be very cautious before altering the existing requirements. The number of existing patents is a good indicator of the legal rules functioning fairly well.

On the other hand, where the invention or creation is AI-generated it is also important to incentivise the physical persons who participate in the development of AI techniques and functions.

IP rights could in the future be attributed to those natural persons who have contributed to the AI-generated output. This solution seems to better support existing legal principles and at the same time function as an incentive for human involvement in the technological development.

During the last 50 years:

Max Oker-Blom is the ECTA immediate past secretary general and adjunct professor at the Hanken School of Economics in Helsinki, Finland. Previously, he worked as senior vice president, legal, at Fazer Group, and before that, as tax partner with Price Waterhouse Coopers. He can be contacted at: max.oker-blom@hanken.fi