Can green food save the climate? 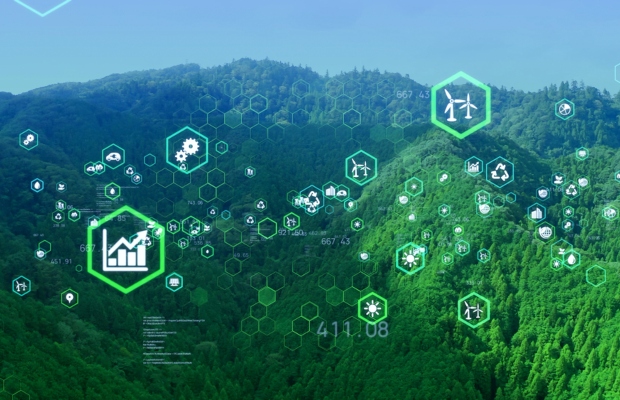 Innovation in green technologies promises a food and farming revolution. Chris Mason of Appleyard Lees explains how a new report shows the advances being made in this area.

China is a leading country in filing new patent applications in drone technology, relating mainly to uses such as transporting and delivering treatments, sowing seeds and pollinating crops. Outside China, particularly in Japan and the US, drone-related patent applications are also rising, covering innovations relating to sensors, accurate chemical spraying, crop management systems and data processing, for example.

Drone-related patent applications are now diversifying and, as they become a more mainstream ‘smart farming tool’, costs are likely to fall. And emerging applications could include AI and machine-learning crop management.

What is also clear from the companies filing patents in drone innovation is their shift from supplying traditional agricultural products only to digital, farm-management systems.

In the field of genetic crop manipulation, the relatively recent development of CRISPR technology has already led to commercial crops. There has also been a rapid growth in patent applications over recent years aimed at improving crop tolerance to heat, cold, herbicides, bacteria and fungus along with achieving increased size and weight. US-based universities and industry are the clear leaders in this area.

While there is still no dominant company in CRISPR agriculture technology, the data shows that filing patents early and broadly is a sound strategy for getting ahead in a fast-developing field of innovation.

Global patent filings for cultured meat—produced from cells in a bioreactor—in mid-2020 already exceeded those for 2019, with most applications in the US, China and Europe.

Though at an early stage, cultured meat could revolutionise agriculture. Innovation in this area is clearly accelerating, with a new wave of companies combining technologies to create a viable product.

Once in vitro meat products prove their commercial potential and create a market, this will lead to further developments and patents in innovations to improve texture, taste, appearance, for example.

Innovation in alternatives to meat reflects the so-called Plant Based Treaty sponsored at COP26 by celebrities including Paul McCartney and actor, Joaquin Phoenix. Its aim is to reverse environment damage caused by animal agriculture.

In vertical farming—growing produce indoors without soil and under controlled conditions—patent numbers suggest a continuing investment in innovation, with the US and Europe leading the field, followed by China.

Patent numbers in soilless agriculture are growing, despite the technology’s relative maturity. Meanwhile, vertical farming is attracting early innovators trying to solve issues including nutrient control and lighting while reducing energy use and costs.

Overall, our inaugural Inside Green Innovation: Progress Report 2021 aims to by-pass the environmental rhetoric and highlight the true state of progress in developing new, sustainable technologies.

The patent system requires public disclosure of new innovations, providing a valuable resource to identify the issues of the day and which ‘hot’ innovations could bring new advantages to the world.

The Inside Green Innovation: Progress Report 2021’s focus on agriculture (along with plastics and energy) was chosen because of its prominence in the global green innovation conversation, as referenced in the OECD’s and United Nations’ 17 Sustainable Development Goals and the World Intellectual Property Organization (WIPO) Green Innovation Database, a global innovation catalogue that connects needs for solving environmental or climate change problems with sustainable solutions.

Inside Green Innovation: Progress Report 2021 is available to read here.

Chris Mason is a senior associate at Appleyard Lees. He can be contacted at: christopher.mason@appleyardlees.com