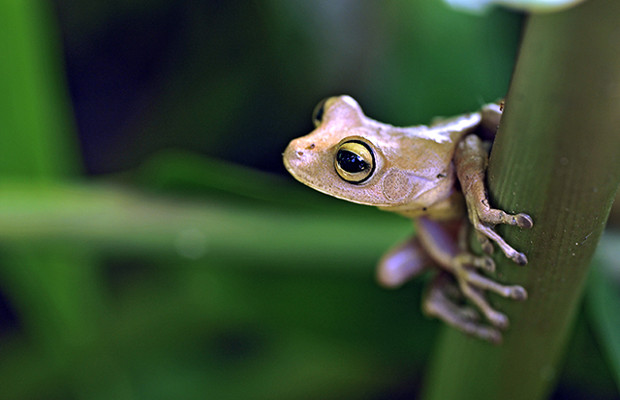 The important role played by biotechnology in the development of Brazilian agribusiness, as well as the country’s rich biodiversity, makes Brazil an interesting case study on the implementation of treaties that deal with access to and sharing of genetic resources related to food and agriculture.

Approved in 1992, the Convention on Biological Diversity (CBD) was the first international treaty establishing an access and benefit-sharing (ABS) system in connection with the use of genetic resources. However, discussions on this matter date back the 1970s, when the International Union for the Protection of New Varieties of Plants was established and raised concerns about the expansion of intellectual property rights to the detriment of developing countries.

The first international treaty that reflected these concerns was the International Undertaking on Plant Genetic Resources in 1983. It recognised genetic resources as common heritage of humankind that should be freely available. Nevertheless, this approach proved to be a huge mistake, as many developed countries refused to join the treaty.

After the difficulties of implementing the Undertaking, there was a forum shift to the United Nations Environment Programme and the CBD was approved. The issue of ABS was included in the treaty thanks to the pressure brought by developing countries, which saw no legal reason to exempt genetic resources from the principle of national sovereign of natural resources.

Therefore, most of the duties established by the CBD depend on national actions and policies. Instead of setting hard and precise obligations, the CBD foresees goals and policies. In this sense, the use of soft language may lead to the lack of harmonisation during the implementation of the treaty (especially in the case of Brazil, which did not ratify the Nagoya Protocol).

According to the CBD’s provisions, each contracting party shall take proper measures in order to share in a fair and equitable way the results of research and development and the benefits arising from the use of genetic resources with the party that provided them and in accordance with mutually agreed terms.

While the CBD does not have any particular provision concerning food and agriculture, a resolution approved during the Nairobi Conference called for an amendment to the 1983 Undertaking treaty in order to harmonise its text with the CBD. This harmonisation was much needed because of the special characteristics of genetic resources for food and agriculture.

Human intervention has always played an important role in the conservation and use of genetic resources related to food and agriculture, as humans have been manipulating these resources for thousands of years by the transfer of crops from their regions of origin to different places.

These exchanges created a scenario where it is hard to identify the country of origin of some crops, and many countries are not self-sufficient with regard to crops. Therefore, putting restrictions on the access to these crops would pose a threat to food security.

The International Treaty on Plant Genetic Resources for Food and Agriculture (ITPGRFA), approved by the Food and Agriculture Organization of the United Nations in 2001, intends to address these issues without clashing with the CBD text. Moreover, the ITPGRFA establishes its own multilateral ABS system by which members agree to provide free (or almost free) access to each other’s plant genetic resources for food and agriculture. This system aims to ensure food security by granting facilitated access to crops deemed to be of fundamental importance for feeding.

This multilateral system only covers the plant genetic resources for food and agriculture listed in annex 1 of the ITGRFA. Another important provision of the ITGRFA is the recognition of farmers’ rights. Like the CBD, the ITPGRFA uses soft language.

Although Brazil ratified the CBD in 1994, the country only implemented it in 2000 through Provisional Measure #2,052. Provisional measures are regulations enacted by the executive that enjoy the same status as acts passed in Congress—but they are supposed to be in force for a limited period.

While it is meant to be a provisional regulation, this particular provisional measure (renumbered #2,186-16) stayed in force for 14 years until the enactment of a new act in 2015 because of specificities of Brazilian legislation.

Brazil faced other difficulties while trying to implement the CBD. As Provisional Measure #2,186-16 brought many unclear concepts, several regulations were enacted in order to clarify controversial topics. That resulted in a patchwork of legal acts regulating this matter and created legal uncertainty. To top it off, the ABS system established by the measure was considered slow and bureaucratic, as it required prior authorisation by the Genetic Heritage Management Council for the collection, use, transfer and transport of samples of genetic resources.

Concerning genetic resources for food and agriculture, although Brazil ratified the ITPGRFA, the country did not pass regulations to implement its obligations, with the exemption of the ITPGRFA’s ABS system. The only crop included in annex 1 of the ITPGRFA that has Brazil as its centre of origin is manioc.

The many flaws and loopholes in Provisional Measure #2,186-16 led to the enactment of Law #13,123/2015 in April 2015. Although the approved draft has obvious positive points, such as the end of prior informed consent, the new act brought some controversial changes.

First, the choice of how benefits will be shared lies only with the user. The concept of mutually agreed terms is also affected by rules establishing fixed royalties in some circumstances. Moreover, the new act established several exemptions to the obligation of benefit-sharing, eg, small businesses.

Another controversial change in ABS rules is that the user is required only to share benefits related to the final product obtained through the use of genetic resources. For the purpose of benefit-sharing, the final product is the one destined for the final consumer and whose main characteristics resulted from the use of genetic resources. For instance, a medicine whose excipients contain natural resins is exempted from benefit-sharing, as well as research tools and any intermediate products.

Specifically concerning food and agriculture, Act #13.0123/2015 established that Creole varieties and animal species are considered Brazilian genetic resources, and their use is subject to the ABS system. However, the concepts of Creole varieties and animal species are not provided by the CBD and ITPGRFA, and these provisions will require further clarification. Conversely, the new legislation implemented the farmers’ rights foreseen by the ITPGRFA by including traditional farmers as beneficiaries of the ABS system.

Brazil is still struggling to implement the CBD and ITPGRFA. The vague terms used by the CBD and Provisional Measure #2,816-16 resulted in legal uncertainty and hampered the benefits of having an ABS system. The bill approved by the Brazilian Congress aims at simplifying the procedures for prior consent and benefit-sharing. However, only time will tell whether these goals will be achieved.