Be aware of university students’ rights as co-inventors 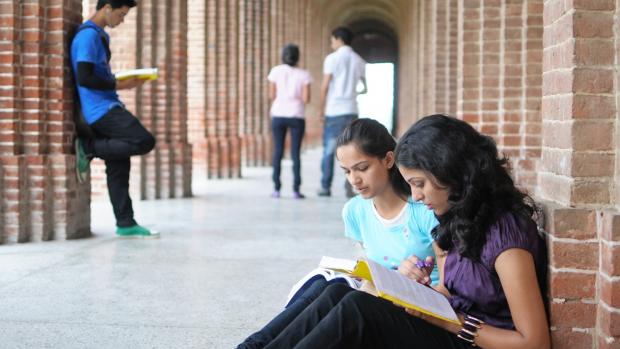 University students who contribute to inventions need to know where they stand from an IP perspective, says DPS Parmar of Lex Orbis.

University students make an enormous contribution in generating intellectual property but whether they get their deserved share in the ownership of the IP right is anything but straightforward.

The primary reason for this confusion is that university IP policies do not have standard norms that favour students as such. Another factor is that these policies are more inclined to harmonise the university’s mission to generate and disseminate information for the benefit of society. University students may lack the knowledge about the benefit of owning an IP right, and so due to this ignorance—or to avoid facing the displeasure of their teachers—they do not push for IP rights ownership during their time studying.

Most universities have written comprehensive IP guidelines relating to faculty generated inventions. However, there are no policy guidelines that make it mandatory for the faculty to recognise students’ contributions with IP rights to inventions they have produced alongside professors. While the faculty is bound by a traditional employer/employee relationship for claim of ownership in faculty-generated inventions, there seems to be no legal mandate provided by the university for research students to claim ownership of such inventions. The basic reason for this is that the university/student relationship is normally fluid and temporary and cannot be treated as analogous to an employer/employee relationship. Students may feel deprived of owning IP rights for their inventions, but IP disputes relating to student/professor generated inventions are rare because students normally avoid taking legal action against their faculty sometimes as a mark of respect or to concentrate on getting better grades.

Who is considered an inventor?

The term ‘inventor’ is not as such defined in the India Patents Act 1970. It is mandatory for patent applicants to declare that “I/We, above named inventor(s) is/are the true & first inventor(s) for this invention” and “declare(s) that I am/We are in possession of the above-mentioned invention”. This means any person who submits an application for patent with a declaration of inventorship will qualify to be treated as inventor under the Patents Act. It is possible to mention additional inventors under the terms and condition mentioned in section 28 (3). However, in any contested case, adjudicators are empowered to treat the matter like a civil proceeding. They will hear any contesting parties, as well as the claimant, before allowing any other person who alleges that they ought to have been mentioned as an inventor. We have not come across such cases in India so far but they have arisen in other countries and been adjudicated by the corresponding patent office. In a recent dispute between university students and a faculty, the Korean Patent Court denied the students the right to be named as inventors.

”This case, being first of its kind, drew the attention of the university student community and highlighted the difficulties that students face in getting a favourable decision from the patent courts.”

An IP dispute relating to the claim of two university students that they were co-inventors of some technology developed at their university came before the Korean Court. This was an appeal against the decision of the Intellectual Property Trial and Appeal Board (IPTAB), which denied the graduate students co-inventor status, for their participation in research that was done under the direction of an advisory professor. This case, being first of its kind, drew the attention of the university student community and highlighted the difficulties that students face in getting a favourable decision from the patent courts.

Facts of the case

The advisory professor and the two PhD graduate students participated in a research project for developing a technology at the university, and after getting a breakthrough result the university professor applied for a patent. The PhD student researchers, who said that they were in charge of the experience, were not listed as co-inventors. Therefore, the patent granted was registered in the name of the professor only. Both participating researchers filed an application before the IPTAB for invalidation for violating the rules of a joint application. The IPTAB refused to admit their claim and a issued a trial decision to dismiss the plaintiffs’ claims to be named as inventors on the grounds that:

This case highlighted how researchers’ claims to be mentioned as inventors of ‘university inventions’ can be denied by a patent court on the grounds that their contribution was insubstantial. The court in this case specifically declined to treat the university student as inventors by stating that they were merely conducting experiments under the direction of their advisory professor, which cannot be substantial enough to be named as joint inventors.

The court further observed that to be considered an inventor under the Korean Patent Act, a specific idea for solving the technical problem of the invention must be newly presented. In this case the court observed that the technical idea of the patented invention was first conceived by an advisory professor in October 2008, and the plaintiffs helped to purchase raw materials and conducted experiments under the superintendence of the professor. Furthermore, the new idea or detailed plan of the experiment and the directions to carry out the specific experiments were provided by the guide professor. On those facts, the Patent Court held that it was difficult to accept that specific means and methods were provided to achieve the purpose and effect of the invention by the plaintiffs, and that there was no convincing evidence to prove that the patented idea was derived by the plaintiffs.

Even the plaintiffs’ claim that they overcame the difficulties of confirming the experimental results by inquiring with the facility company was brushed aside as not convincing as, according to the court, they merely helped to resolve the problems that occurred in the process of materialising the idea originally presented by the advisory professor in the experiment. Additionally, the contention of the plaintiffs that the research notes on the invention prepared by them should be treated as evidence of their contribution to the creative act of the patented invention which help in the drafting of the patent specification, was considered by the Patent Court inconclusive as it could not be confirmed through evidence. Accordingly, the Patent Court dismissed the plaintiffs’ appeal that they were co-inventors. The court ruled that it was difficult to acknowledge the plaintiffs’ contribution to the invention, due to a lack of evidence to prove that they were involved in the design or idea of the patented invention.

The university students in this case were not able to prove their contribution to the patented invention, perhaps due to their lack of understanding of the importance of written lab book notes in disputes relating ownership of patent. They could have succeeded in being declared as co-inventors if they had maintained a proper lab book record acceptable to the court as an evidence of their contribution to the patented invention. The case is an eye-opener for all university students to be more vigilant and cautious while working on research projects of commercial importance, to keep lab book records properly as they could be useful in proving their claim as co-inventors along with professors. We have not yet come across such disputes between university professors and students that have been resolved by the Indian courts, but the possibility of unnamed inventors bringing such claims under section 28 cannot be ruled out. Therefore, it is high time for student researchers working on commercially important inventions under the guidance of university professors to know their rights in being named as co-inventor. An expert’s advice can save the researchers in India and elsewhere from being deprived of their genuine rights in a patented invention.

DPS Parmar is special counsel at LexOrbis and former technical member (patents) of the erstwhile Intellectual Property Appellate Board. He can be contacted at: dpsparmar@lexorbis.com