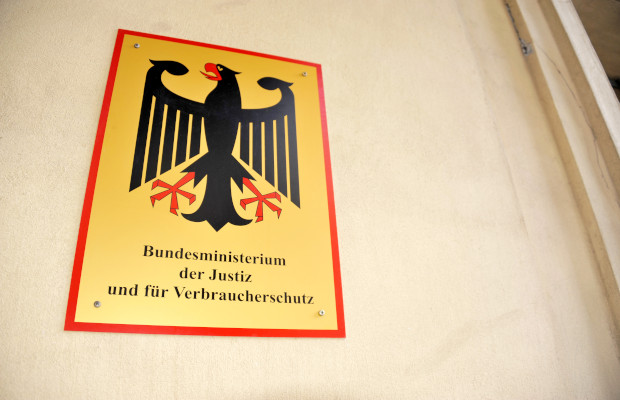 Germany is a key jurisdiction for patent litigation. This is due in particular to fast, high quality and cost-efficient infringement proceedings. Specialised patent chambers at the regional courts have a lot of experience in patent law. Validity proceedings at the Federal Patent Court are usually slower which means that a decision on infringement is usually issued before a decision on validity.

On January 14, 2020 the Federal Ministry of Justice and Consumer Protection (the ministry) published a draft act to modernise and simplify German patent law in order to maintain Germany’s role in patent litigation worldwide. Companies, associations and individuals were invited to comment on the draft by March 10. The ministry may, after considering those statements, amend the draft and consult other ministries before the cabinet can adopt it and launch the actual legislative process.

The ministry claims that there is only a selective need to modernise and simplify the law. The draft aims at simplifying procedures, clarifying provisions and deleting obsolete regulations, in particular taking into account advanced digitisation and alignment with international procedures.

This article focuses on the three most significant and controversial amendments of the draft: the streamlining of proceedings before the Federal Patent Court; a proportionality criterion when granting injunctions; and the application of trade secret provisions in patent litigation.

Bifurcation of infringement and validity proceedings

The first suggested amendment addresses the bifurcated system. In Germany, different courts rule on nullity and infringement of a patent in separate proceedings. This allows for fast infringement proceedings on the one hand, and qualified rulings on validity by legally and technically qualified judges on the other hand.

The draft amendment of section 83 of the Patents Act stipulates that the Federal Patent Court shall issue its preliminary opinion on validity after six months. The obligation to provide such a qualified opinion was imposed in 2009, albeit with no time limit. At the moment, it can be expected approximately five months ahead of the oral hearing and thus, in many cases, only after the first instance judgment in the infringement proceedings.

The proposed amendment and the alignments it seeks to achieve are to be welcomed. However, the benefit of this amendment will strongly depend on the quality of the preliminary opinion. Only if it provides a reliable indication for the outcome of the proceedings on the basis of a first in-depth analysis of the case, it will be of use for the infringement courts.

In order to significantly improve the length of revocation proceedings it is necessary to increase the courts’ staff or to reallocate existing resources.

In 2016 the Federal Court of Justice (FCJ) ruled that in exceptional cases a grace period for selling infringing products may be granted if immediate enforcement of injunctive relief would be disproportionate and non-justifiable and therefore, contrary to good faith, even taking into account the patent owner’s interest (BGH, 10. Mai 2016–X ZR 114/13, GRUR 2016, 1031–Wärmetauscher).

Various industry representatives, in particular car manufacturers, spoke out for a softening of the “automatic injunction”. They contended that civil courts have been too reluctant to make use of the exception formulated by the FCJ.

The draft proposal stipulates that the existing law already encompasses the possibility to restrict the enforcement of injunctions, as set out in the FCJ ruling. In particular, the ministry holds that the enforcement directive (2004/48/EC) is sufficiently implemented by German law.

Article 3(2) of the directive requires measures, procedures and remedies to be effective, proportionate and dissuasive. It has been repeatedly emphasised that effectiveness, proportionality and dissuasiveness are equally important. The suggested amendment shall therefore be seen as clarification and only explicitly including the FCJ ruling into the Patents Act.

The suggested expansion reads as follows: “The right to injunctive relief shall be excluded if its enforcement is disproportionate because, due to special circumstances, taking into account the interests of the patentee vis-à-vis the infringer and the requirements of good faith, it constitutes a hardship not justified by the exclusive right.”

Some criticise this proposal as too extensive, others as not extensive enough. Most agree that the wording is too vague to serve as a clarification. It is meant as a clarification of existing law but leaves the courts alone to decide in which cases and under what conditions the exception applies.

The proposal excludes the right to injunctive relief instead of restricting the enforcement only. It seems questionable whether that is in line with the FCJ ruling which considered allowing a grace period for continued use of the patent only.

Moreover, it gives rise to further problems: what happens if the reasons for disproportionality no longer apply? Are the rights to the allegedly infringing products exhausted if injunctive relief is excluded?

The third major amendment focuses on confidentiality interests in patent litigation. The publicity of court hearings and the accessibility of court files for all parties involved has a special significance in Germany and in the German Constitution. This is regarded as a key democratic achievement and can be easily explained against the background of German history.

However, it may be unduly exploited, collide with the parties’ interests in litigation and consequently affect the guarantee of legal recourse, which is also constitutionally guaranteed.

In 2018 the Trade Secrets Act was passed, implementing the EU Trade Secrets Directive (EU 2016/943). In particular, it contains procedural provisions for securing the confidentiality of trade secrets in trade secret cases. The draft amendment suggests extending these provisions to patent cases. This would allow restricting the access to classified information in the court file as well as the use of this information by the parties outside the proceedings.

This strengthening of confidentiality interests is much appreciated. Until now the proposal is restricted to infringement proceedings. It is also worth considering the inclusion of compulsory licence proceedings. Moreover, it seems that the notion of “information in dispute” (streitgegenständliche Informationen) and therefore the scope of the provisions is not sufficiently clear.

In particular, a clarification that not only the claimant’s but also the defendant’s submissions are covered is preferable. Also in the enforcement of a judgment, in particular when rendering information and account, disclosure of trade secrets is required. It should be clarified that confidentiality provisions also apply there.

Overall, the draft is a good start and a valuable basis for further discussion. The efforts to modernise and further develop German patent law are welcomed. It is also a positive sign that the ministry did not lose sight of the fact that Germany is primarily an innovative country and therefore needs strong injunctive relief.

Cordula Schumacher is a partner at Arnold Ruess. She can be contacted at: schumacher@arnold-ruess.com.

Lisa Schneider is an associate at Arnold Ruess, and can be contacted at: schneider@arnold-ruess.com.