A profile of patenting activity in Angola 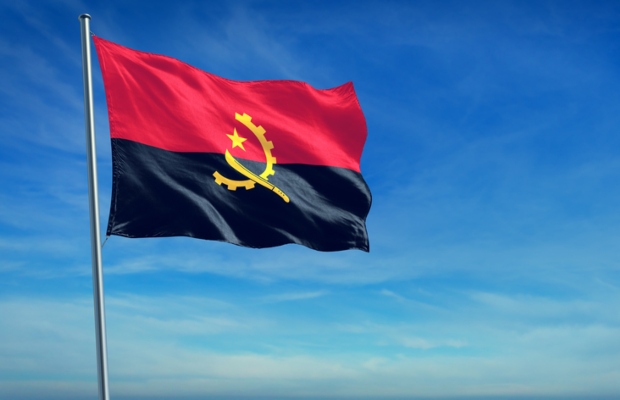 The Angolan patent system is used primarily by multinational oil and gas firms, rather than Angolan residents themselves, reports Vítor Sérgio Moreira of Inventa International.

This study aims to display some information regarding the activity of filing patent applications before the Angolan National Patent Office (IAPI), presenting a profile of the main patent applicants and the kinds of technologies for which the applicants seek patent protection in Angola.

Identifying information regarding patent activity in Angola is not an easy task. The IAPI does not publish a bibliography of filed patent applications on its homepage, nor does it provide data to Espacenet, the most comprehensive, free, patent database. As a matter of fact, the country code of Angola (AO) is not  even included in the list of countries codes indexed in the Espacenet.

“IAPI faces further challenges related to the provision of comprehensive data on the patent system to the general public.”

Therefore, our source of information for performing this study was the World Intellectual Property Organization’s (WIPO) statistics database and the Official Bulletin of Industrial Property (OBIP), which is prepared by IAPI. The OBIP comprises bibliographic data of patent applications, including the patent number, title and applicant name.

Data on patenting activity in Angola

The WIPO statistics database suffers from a scarcity of historical data regarding patent applications filed at IAPI (Figure 1).

The data regarding filings before the IAPI from 2010 to 2017 are not available and there are no data regarding the number of granted patents. It is possible to observe that a massive share of patent filings in Angola come from non-resident applicants, wherein all of them consist of Patent Cooperation Treaty (PCT) National Phase Applications. Besides that, we can observe that the filing activity by residents is quite limited, including a low number of filings abroad, where the country of origin is Angola. 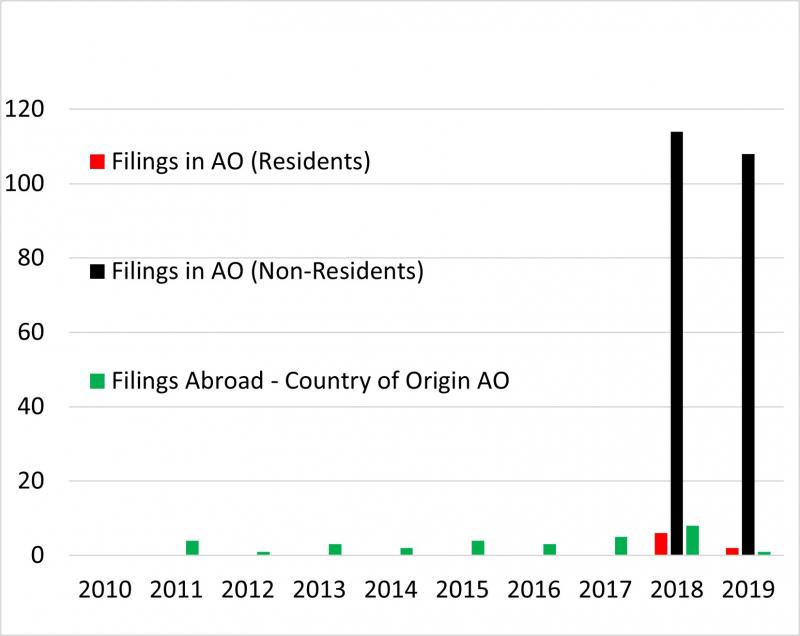 Angola was 14th in the list of African countries with the highest gross domestic product (GDP) per capita in 2019, according to Statista.com. One useful indicator for measuring a country’s technological development and domestic innovation is the number of patent applications filed by its residents per capita GDP.

Figure 2, using data retrieved from WIPO’s statistics database, shows resident patent applications per US$100 billion GDP (2017 gross domestic product based on purchasing power parity by origin), calculated as average values from 2018 to 2019. We can conclude that the conversion by residents of GDP in patent assets is not significant in Angola.. 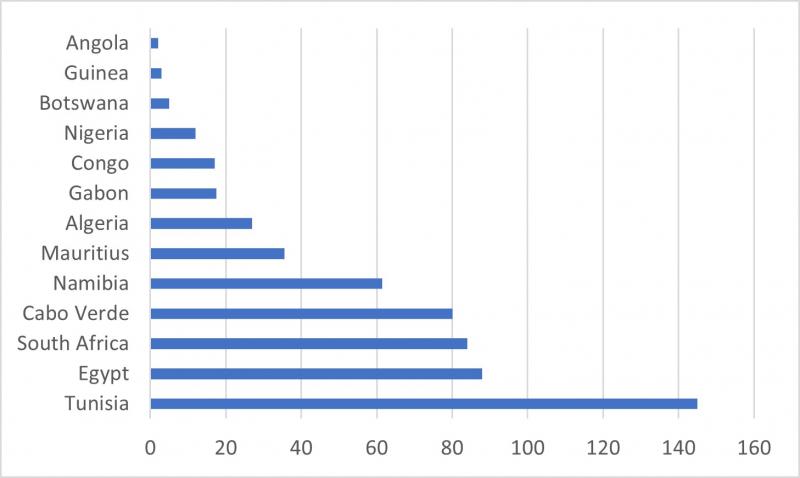 * Patent applications filed by residents per US$100 billion GDP

Of the 363 patent applications published in the OBIP in 2020, 97% were filed by non-residents. The PCT is the main route used by applicants, far outnumbering those filed via the Paris Convention (CUP) system (Figure 3).

Figure 3: Publication dates of patent applications by IAPI in 2020 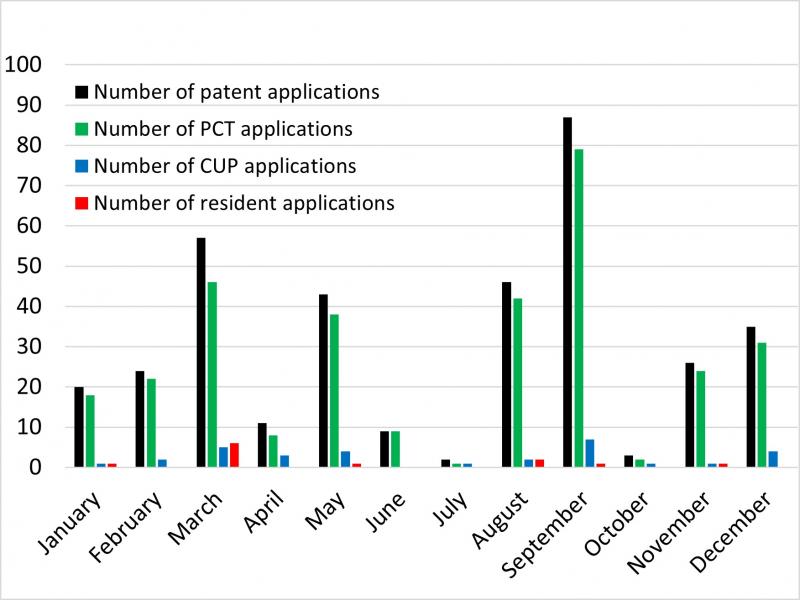 Tables 1, 2 and 3 provide further data on the leading patent applicants in Angola, which are based on the applications published in the OBIP in 2020. Table 1 lists the top 10 applicants alongside the relevant sector, including several oil and gas companies. According to data from the Organization of the Petroleum Exporting Countries (OPEC), the Republic of Angola is the second largest oil producer in Africa, while this sector is responsible for approximately 50% of the nation’s GDP and around 89% of its exports.

Table 2 lists the top 10 countries where Angolan patent applicants are domiciled, while Table 3 lists the most common international patent classifications (IPCs), which index the type of technology covered by an application. IPCs are standard codes used to classify technologies described in patent applications all over the world. This data further corroborates the importance of oil and gas to the Angolan economy.

(The results from tables 1 to 3 refer to patent applications published in the OBIP in 2020.)

Table 2: The top 10 domiciles of Angolan patent applicants in 2020

Table 3: Most common IPCs by technology published in the OBIP in 2020

The OBIP has released data regarding patents granted in 2020—just 32 compared to 363 patent applicants (Figure 4). Nonetheless, the number of granted patents is increasing (eight in 2018, 22 in 2019 and 32 in 2020). The OBIP does not include data on refused or withdrawn patent applications.

The average pendency time from the filing date to the granting date is 7.3 years, which is longer than some of the world’s largest patent offices.

Figure 4: Number of granted patents in Angola in 2020

Our analysis shows that the most prolific patent applicants in Angola are multinational companies, mainly operating in the oil and gas industries. Filings of patent applications by Angolan residents is limited, which presents opportunities for IAPI to promote awareness of the benefits of the patent system.

IAPI faces further challenges related to the provision of comprehensive data on the patent system to the general public, including information on granted patents, refusal decisions and, of course, integral documents regarding the patent specifications and their prosecution from filing to a final decision.

Investing in a modern information service for IP may help boost the use of the patent system by residents and attract more investments to the Angolan market.

Vítor Sérgio Moreira is a patent engineer at Inventa International. He can be contacted at: vmoreira@inventa.com