A helping hand: Nokia, FRAND and the IoT 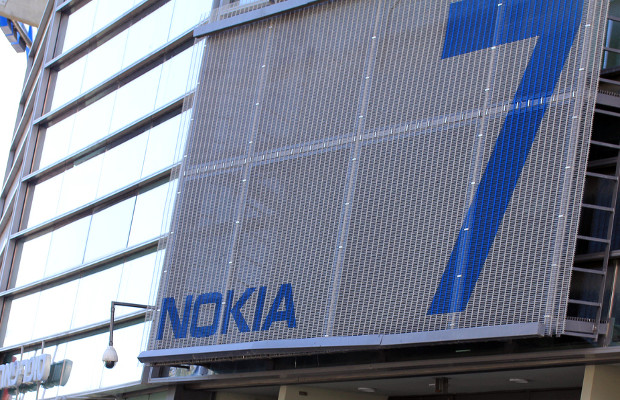 As disruptive technologies change the face of the telecoms field, established players should communicate clearly the existence and importance of technologies protected by standard-essential patents so that new entrants are better aware of the potential costs of using certain technical standards, says Nokia’s Adrian Howes in an interview with WIPR.

He is discussing the shifting technology trends in the communications industry, where many new entrants are expected to emerge as 5G and the Internet of Things (IoT) break through. For Nokia, a major player in the standard-essential patents (SEPs) arena, the changing landscape presents new opportunities to license its innovations and build on the €1.6 billion ($1.87 billion) in IP licensing revenue it generated in 2017.

How do Nokia and other SEP holders make life easier for new players, some of which will be small and medium-sized enterprises (SMEs)? Rather aptly, given the industry we’re talking about, communication is key. Howes explains that established SEP owners should communicate better to market newcomers why SEPs are so important for technology development and why patent owners should be compensated for use of their inventions incorporated in a standard.

Nokia no longer manufactures mobile devices itself but has licensed the brand for phones and tablets to Finnish mobile phone company HMD Global, which makes and sells a range of smartphones. The sleek products with their large screens barely resemble the Nokia phones of the late 1990s/early 2000s, whose legendary battery life and robust build, not to mention their built-in games of Snake and Snake II, made them wildly popular. However, those of a nostalgic mindset can still buy the retro-looking 3310 3G—and it comes with Snake.

Nokia’s absence from the mobile manufacturing world hasn’t stopped the company from wielding influence in the communications industry, particularly as the company continues to invest in R&D as a networks company and has retained its patents in the mobile device space. Howes says the biggest upcoming challenge in the field is the “increasing mix of technology” with markets adopting new technology they are not familiar with. He says 5G and the IoT “are looking to enable connectivity for anything anyone would want to connect with good reason, focused on low and high power solutions, with lower latency and high reliability eventually, which will enable new functionality”.

One functionality is the control of robots at a distance, for example in medical surgery procedures, while the automotive sector may play an increasingly prominent role in communications, he says.

Adrian Howes spoke on a panel discussion on standards and FRAND at the Technology Patent Network Europe event in London on June 21.

As a consequence, says Howes, there is a huge potential for innovation in the communications field and, inevitably, there will be many more patents, some of which will relate to technology standards, and others which won’t. It also means there will be more licensing discussions as there will be lots of new players and “lots of question marks about how things will work”.

But Howes hopes that more discussions will not bring more disputes. In fact, he thinks the number of disputes as a proportion of licensing discussions will start to decrease over time because, while there is uncertainty about the new landscape itself, “we are getting increasing clarity from courts” on how to license SEPs, ie, on fair, reasonable and non-discriminatory (FRAND) terms.

The Unwired Planet v Huawei decision, from the English High Court in 2017, provided clarity on how FRAND licensing should be done and how to determine what a FRAND licence is, while the Huawei v ZTE ruling, issued by the Court of Justice of the European Union in 2015, gave guidance on how licensing negotiations should be conducted, says Howes. He argues that, crucially, the decisions recognise the need and importance for parties to come to a commercially negotiated position, thereby helping to boost understanding and certainty in this area.

With so many new players from different industries likely to emerge in the communications field, there will be challenges in the realm of licensing. For this reason, says Howes, Nokia must communicate the importance of its patent portfolio, remuneration for its use, and also the importance of standards more generally. He adds that because of the “huge variety of players” Nokia may need to change the way it approaches licensing in certain areas from the traditional bilateral model to other forms, including multilateral such as patent pools. “We will need to look at other industries and see how they work, and take that on board,” he adds.

Nokia is also working with others, through CEN and CENELEC, a standard-setting organisation, to develop and formulate best practice principles for licensing SEPs.

“The process we are using was originally designed for technology purposes, but we’re adapting it, to enable a number of companies to come together and put together licensing best practices,” Howes explains, noting that Canon, Ericsson, InterDigital, Mitsubishi, Orange, Qualcomm and several other companies are involved.

The initiative started in October 2017 and there have been several workshops since, with the ultimate objective to create a document on best practices and provide guidance to new entrants and SMEs entering the IoT market, Howes says, explaining the hope is that this will be a useful communication tool. He expects it to be published by the end of June.

“Another idea is that there would also be a platform or central place where new entrants/anyone interested in taking a licence to a SEP can go. The type of information that could be included is which standard an SME might need to use for particular products and the licences they may need to use that standard and from whom. It will be a central place to provide much-needed missing information,” he explains.

Such efforts reflect Howes’ belief that formulating FRAND strategies needs to be industry-led, rather than imposed by regulators, whose interference might have “unfortunate consequences”.

There have been several cases across the globe where regulators have slapped communications companies with hefty fines over their FRAND practices. Howes says the hands-off approach by authorities has been backed by both the European Commission, in its communication on SEP licensing in November 2017, and Japan’s competition regulators, which have yet to release guidelines in non-draft form.

And let’s not forget that the clearer the landscape, the more likely it is that Nokia and others can maximise their licensing revenues. As Howes concludes, “we as an industry should be making life easier for ourselves and potential licensees as standards continue to develop”.

Adrian Howes spoke on a panel discussion on standards and FRAND at the Technology Patent Network Europe event in London on June 21.

To find out more and register for the event, click here.