WIPO: A long wait for balance 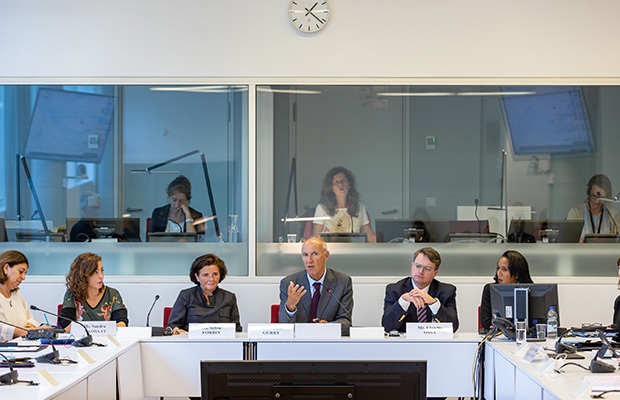 Women’s participation in Patent Cooperation Treaty applications has improved over time, but a gender balance may not be achieved until 2080, according to a 2016 report from the World Intellectual Property Organization. We spoke to director general Francis Gurry about his views.

“Simply stated, unless we have gender equality, humanity is not realising its full innovative and creative potential,” says Francis Gurry, director general of the World Intellectual Property Organization (WIPO).

Gurry himself was one of the first to enlist with International Gender Champions, a leadership network that brings together decision-makers to break down gender barriers.

He committed to providing unconscious bias training to senior managers and providing individualised support for career and professional development to a minimum of five women per year in WIPO’s higher ranks.

"WIPO is urging country leaders to ‘bend the trend’ and make gender parity a reality sooner."

As of March 2019, the network has more than 235 active champions and alumni who are heads of international organisations such as WIPO and civil society organisations.

Along with these commitments, Gurry has worked to highlight the role women play in IP.

A record number of activities took place around the world—more than 630 events in 135 countries. World IP Review  was involved, featuring influential women in the IP industry, including Asta Valdimarsdottir, director of the operations division of the Madrid Registry at WIPO.

Figures published by WIPO the same day were sobering. WIPO’s latest data clearly illustrate that gender gaps, particularly in patenting, persist. Women were listed in around 31% of all international patent applications, up from 23% a decade earlier.

"In 2014, Gurry launched WIPO’s first policy on gender equality, providing a general framework for how the organisation integrates a gender perspective in its policies."

Beneath these high-level statistics lie uglier results. WIPO provided WIPR with more in-depth statistics, which show that only 8% of Patent Cooperation Treaty (PCT) patents filed named a majority of women inventors. The number drops further when you look at the share of patents with only female inventors (5.3%).

Both shares have grown, but progress remains slow, with shares increasing by 3.9% and 2.6% since 2000, respectively.

“While it is encouraging that the percentage of women inventors is increasing every year, we are still far from reaching gender parity,” warns Gurry.

It’s even more difficult to measure women’s contributions in other areas of IP, such as trademarks and copyright, because of the limited amount of data available.

Gurry adds: “More work is needed to ensure that both men and women can equally access and use the IP system and profit fully from their creative and innovative assets.”

For the director general, encouragement of innovation and creativity is at the heart of IP. These, in turn, “stimulate improvements in our quality of life, spur economic growth and address the radical challenges we confront such as climate change, clean energy, food security and health”.

To tackle these radical challenges, we need the benefit of all of humanity’s resources.

“Suboptimal” is the word Gurry uses to describe the current levels of innovation and creativity because of the deficit in the participation of women.

WIPO is now systematically tracking the participation of women in innovation through the international patent system, with the hope that this facilitates awareness-raising and evidence-based policymaking.

Within WIPO’s walls, its workforce represents 118 nationalities, with a 46:54 split between men and women staff. But, much like law firms, the upper echelons are dominated by men.

At director level, 69% of employees are men. The ratio evens out at professional level, with men taking up 51% of the workforce. Women make up the majority (62%) of WIPO’s general service category.

The same seems to be true for job applications—while women dominate the general service jobs, there were more male applicants for director-level roles (472 male and 135 female applicants).

Although there were almost equal applications for the professional level category, the share of applications submitted by women fell as the grades went up.

Out of the professional and higher category applications, WIPO appointed 25 women and 24 men.

In 2014, Gurry launched WIPO’s first policy on gender equality, providing a general framework for how the organisation integrates a gender perspective in its policies and programmes as well as in human resources policies and procedures.

The policy is linked to the performance indicators of the United Nations System-Wide Action Plan on Gender Equality and the Empowerment of Women (UN-SWAP), against which WIPO has reported each year since 2012.

Gurry adds: “The policy brought about a heightened awareness among WIPO staff about the importance of gender equality in IP.”

This year, says Gurry, WIPO is conducting a joint audit and evaluation exercise on the implementation of the policy. The aim is to evaluate how the policy has contributed to the organisation’s work towards gender equality and what more needs to be done.

WIPO also subscribes to UN-SWAP, which was launched in the latter part of 2017. Of 35 UN entities which are being measured for achieving gender parity in the professional and higher categories, WIPO ranks among the top 10, according to 2016 data from UN Women.

Outside its own staff, WIPO promotes women’s empowerment in IP through relevant training.

The WIPO Academy supported 32,000 women in its distance learning programmes in 2017, more than half (52%) of the total amount. This is quite a jump from 1986, when women accounted for less than one third of participants.

WIPO has also been collaborating with L’Oréal-UNESCO for its Women in Science programme, to empower outstanding women scientists with IP knowledge.

There is still much work to do, within WIPO and in each of its 191 member states.

It’s taken more than 36 years to get to 36% participation of women delegates at the WIPO Assemblies. If this trend continues, gender parity won’t be achieved until 2035.

Now, WIPO is urging country leaders to “bend the trend” and make gender parity a reality sooner, by implementing actions such as quotas and enforcement mechanisms to ensure compliance.

WIPO’s push for awareness seems to be having an effect—in November 2018, WIPO’s committee on development and IP adopted a decision on women and IP, acknowledging the importance of incorporating a gender perspective into IP, the first time a decision of this kind has been adopted.

Gurry concludes: “We will continue to do our best in the field of IP to help rectify imbalances and ensure that women are afforded equal access to the IP system.”