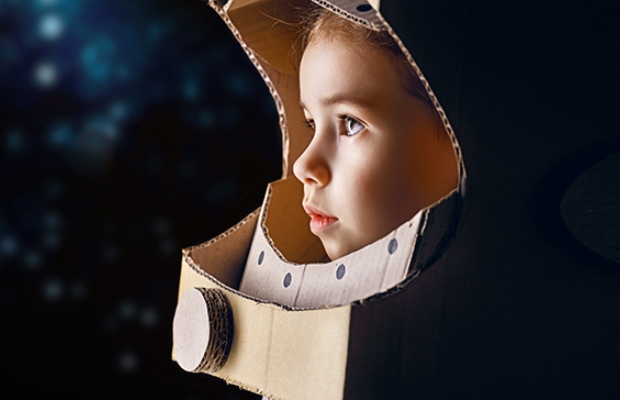 USPTO deputy director Laura Peter explains to WIPR’s Sarah Morgan how the office is undertaking several initiatives to support women throughout the management chain at the IP office.

Being deputy director of the US Patent and Trademark Office (USPTO) was not Laura Peter’s first career choice. If you had asked the three-year-old Peter what she wanted to do when she grew up, “astronaut” would have topped the list.

With a father serving as a vice president at Hughes Aircraft Company and her interests including the first geosynchronous satellites being launched into orbit, the sky was no limit to her ambition.

She soon realised, however, that heights were not her friend and instead turned towards engineering school at Cornell University. While there, she learned what it was like to be one of the only women in the room. What began as an equally split class on gender lines fell to only 20% women on graduation.

While Peter attributes this partly to external factors, she believes that women themselves can create their own challenges.

“Women sometimes have a perfectionist complex. If they’re not excellent and getting As, it can be discouraging, but they must keep on working,” she says.

“It’s hugely important for women to participate across the STEM environment because we’re half the population and we have a different approach to solving problems,” says Peter.

The now USPTO deputy director went on to receive her Master’s in public policy studies from the University of Chicago, before becoming a lawyer in Silicon Valley.

After serving as a private practice lawyer for many years, Peter joined the USPTO, which was quite a change in terms of diversity—she went from regularly being the only woman in the room to an organisation where 38% of senior management and 30% of patent examiners are women.

"We’re looking to demystify the patent process, by ensuring that counsel, management and employees are listened to and their inventions are considered more thoroughly."

Her career may have taken her on a different path, but as deputy director of the USPTO, she is still pushing the boundaries.

She explains that the USPTO undertakes several initiatives to support women and other minorities throughout the management chain.

“We have flexible work schedules which helps to take pressure off people who have family and responsibilities outside work,” says Peter.

Leadership programmes, ways of coaching women and minorities to become better leaders and move up the management chain if they wish to, and opportunities for people to expand their experience, are also on offer.

“With all these different things put together, people are encouraged to stay in the system more,” she concludes.

While the USPTO itself may have quality processes in place, which lead to improving gender diversity, the same isn’t equally true for the patent system as a whole.

Women inventors make up only 12% of all patent inventors in the US, according to statistics released by the office in February this year. This is well below 28%, the percentage of women that made up the science and engineering industries workforce in 2015.

Despite the “sluggish” growth in the number of women inventors overall, the number of patents with at least one woman listed as an inventor has increased from 7% in the 1980s to 21% in 2016.

Women inventor rates are higher in technology-intensive US states, but also in states where more women participate in the overall workforce.

States on both coasts which host important technology clusters exhibit a greater percentage of women who are inventing. During the period 2012 to 2016, women comprised a relatively high share of patent inventors residing in New York (just over 15%), Massachusetts (nearly 15%), and California (14%).

“The global economy is extremely competitive and we’re conscious of China. If the US wants to retain its leadership, we have no choice but to engage the brightest minds,” says Peter.

To ensure this, the USPTO is making a concerted effort to reach out to the IP community to support women.

In May, the office began seeking public comments on the participation of women, minorities and veterans in entrepreneurship activities and the patent system to prepare for a study on the subject, as required by the Study of Underrepresented Classes Chasing Engineering and Science (SUCCESS) Act of 2018.

Issued in November, the USPTO’s report asked Congress for greater data-gathering powers in order to address a “dearth of information” on the participation of minorities in the patent system.

“At the office, we’re looking to demystify the patent process, by ensuring that counsel, management and employees are listened to and their inventions are considered more thoroughly,” she adds.

Senior officials are becoming involved in roundtable discussions on diversity, in addition to the office hosting women entrepreneurship symposiums and working closely with the National Inventors Hall of Fame to highlight female inventors.

Hedy Lamarr, Hollywood actress and pioneer in the field of wireless communications, and Ellen Ochoa, a veteran of three NASA Space Shuttle flight missions and the first Hispanic-American woman in space, are just two of the women featured on a collectible card series, an office effort to inspire the next generation.

These inventors are not the only women who have moved into new frontiers.

Peter herself is playing a key role in the USPTO’s efforts to push the envelope on artificial intelligence (AI).

Three months after joining the USPTO in November last year, Peter took on the project. Since then, the office has asked the IP community for their thoughts on the patentability of AI and is searching for a senior AI expert.

“How do we apply this technology to the USPTO?” she says. “It’s very exciting and cutting-edge technology. We see the future of technology coming through the USPTO’s doors.”