The impact of Alice: a swinging pendulum 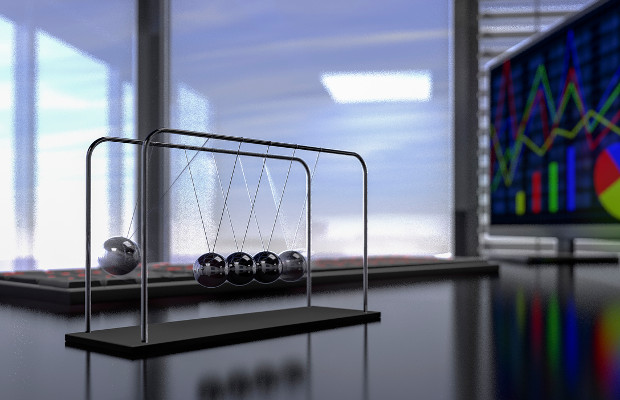 The US Supreme Court’s decision in Alice v CLS Bank led to an increase in the number of patents being invalidated under section 101, but the pendulum may be swinging, as WIPR finds out.

It’s been three years since the US Supreme Court rocked the computer software industry with its long-awaited Alice v CLS Bank decision.

In June 2014, the court ruled that Alice’s patent claims covered an abstract idea and that their implementation using a computer was not enough to deem that idea patentable.

This was seen as a loss for “patent trolls”, with some international lawyers predicting a large number of so-called “bad” patents being struck down, since the US Patent and Trademark Office (USPTO) now had clear guidance from the Supreme Court when looking at computer software patents.

The case centred on a patent that allowed a third party to act as an intermediary, with transactions only to go through if there was enough money in the third party account.

The US District Court for the District of Columbia and the US Court of Appeals for the Federal Circuit both found electronic financial marketplace Alice’s patents invalid because they were considered abstract, before the case went all the way to the Supreme Court.

“It has had a great impact on certain kinds of software patents,” explains Michael Sandonato, partner and chair of Fitzpatrick, Cella, Harper & Scinto’s electronic and computer technologies practice group.

“Some are at the pure business end of the spectrum, where the invention is about simply carrying out a business or a financial transaction on a computer; these have not fared well and have been invalidated by district courts and the USPTO,” he says.

He adds that at the other end of the spectrum, those relating to technology have “fared better.”

Alice relates to section 101 of the US Code, which states: “Whoever invents or discovers any new and useful process, machine, manufacture, or composition of matter, or any new and useful improvement thereof, may obtain a patent therefore, subject to the conditions and requirements of this title.”

The latest USPTO statistics, in April, show that since the ruling, 68% of motions to dismiss patents under section 101 have been granted.

It was reported by the Journal of the Patent & Trademark Office Society (JPTOS) that after a year, the average software patent invalidity rate stood at 82.9% when accounting for statistics from district courts, the Federal Circuit and the Patent Trial and Appeal Board.

For example, Buysafe, which sells software aimed at protecting customers online, had sued Google for infringement relating to patents that “provide third party certification and transactional guarantees for internet retailers”.

Its patents were dismissed three months after the Alice ruling.

The Federal Circuit found that narrowing the analysis to particular types of relationships (consumer-internet) did not change the outcome that the idea was abstract.

After an appeal, the Federal Circuit backed the district court in invalidating Ultramercial’s patents, which allowed a user to watch copyrighted material online if they watched an advert first, with the funds raised used to pay for the copyright.

“There is a bit of uncertainty but really it largely depends on the kind of patent,” Sandonato says.

“One of the challenges is that the abstract idea test is itself a bit abstract, which can make it difficult to apply the test with rigour.

“But now that some time has passed since Alice, we have the benefit of a robust body of case law that gives us a lot of examples of the kind of things that are, and are not, patent eligible.”

Sandonato works on both the patent owner and defence sides, and says he tries to frame his arguments by analogising the claims at issue to “claims that already have been ruled upon by courts”.

There have been calls for legislative changes to section 101 to counter the effect of Alice.

David Kappos, the director of the USPTO under President Barack Obama between 2009 and 2013, called for Congress to scrap section 101 as the “interpretation by lower courts have made a mess of patent law and threaten protection of key American industries”.

There were suggestions, backed by Kappos, that the uncertainty around computer software patents could mean that American inventors would be better off seeking protection in China and Europe.

“There were many patents that were issued prior to the Alice decision which were later deemed to be invalid. In the first couple of years there was a lot of activity as those patents were challenged—in most cases successfully.

“Now that folks know that purer financial patents are unlikely to pass muster, we are starting to see fewer lawsuits brought on patents of that kind.”

Robert Sachs, partner at Fenwick & West, feels there is a “definite loss” to American companies and their computer software patents in the US.

“When it comes to software, there is a loss of value to American companies. If you can get certain software patents in Russia and China, but not the US, that is slightly odd,” he says.

“I know people in the engineering fields who are having difficulty obtaining patents in the US, but in China it is no problem. If you can obtain patents in China but not the US, there is a problem there.”

Figures from Bilski Blog, which Sachs contributes to, show that except for an artificial spike in March 2016, in every month since Alice the number of decisions invalidating at least one patent-in-suit has equalled or exceeded those upholding the contested patents.

Further statistics from the JPTOS show that in the same period, courts have examined 568 challenged patents brought under section 101 motions citing Alice, resulting in 190 valid patents and 378 patents being invalidated, with an average invalidation rate of 66.5%.

Research by law firm Skadden also reveals that since Alice, the number of claims for dismissal has increased each year.

This led one district court to note that Alice had “opened the proverbial motions practice floodgates” such that section 101 is “being litigated daily across the country”.

Where does this leave us? With an increased chance of judges striking down patents relating to an abstract idea, the cost risk in litigation rises. However, while the interpretation from the district courts has been broad, lawyers are suggesting that some patents are beginning to have more luck in the courts.

In 2015, Holdings v Hotels.com was the only case in which a Federal Circuit panel ruled in favour of a software patent holder.

This began to change last year, with the Federal Circuit finding three more cases in which software patents were wrongly invalidated.

One example was the case of software company Amdocs, which had sued telecommunications company Openet in 2010 over use of patents relating to a system that allows network operators to account and bill for internet protocol traffic.

“When Alice first came out it looked as though no software patents would survive, but gradually the Federal Circuit has been swinging the other way."

The patent was thrown out by the district court, which said the idea of “correlating two networks” was abstract.

“There is a bit of a pendulum that is worth noting,” states David Krinsky, litigator at Williams & Connolly.

“When Alice first came out it looked as though no software patents would survive, but gradually the Federal Circuit has been swinging the other way and there is an indication that certain software patents that improve computer tech are perhaps more likely to survive again.

“That uncertainty is very difficult for everyone, it increases the risk. What you want from a legal system is certainty, and where we don’t have that, it is a problem.”

But Sachs disagrees, saying: “I don’t think there is a swing effect yet.”

“We’re seeing the invalidity rates taper a little. That could be because the early ‘bad’ patents were in the pipeline, the dead wood has been cleared out and plaintiffs are a bit more selective in what they are asserting.

“I think it will get worse before it gets better,” he concludes.