SEPs in Europe and the US: a primer 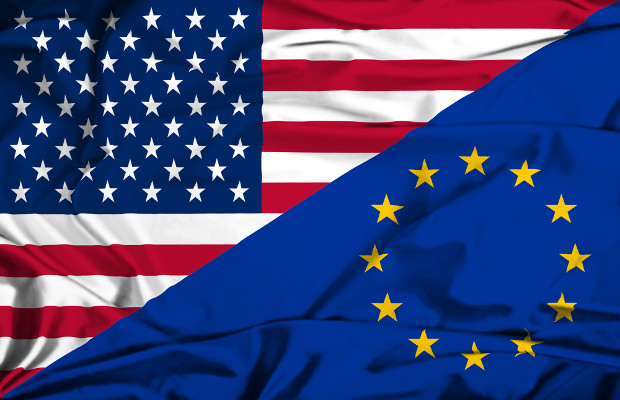 Across the US and Europe, there have been several updates to the law governing intellectual property and industry standards over the last three years, as David Healey and Raisa Ahmad of Fish & Richardson report.

Standards are governed by the intellectual property policies of the standard-setting organisations (SSOs) that propagate them, and also competition law, due to the fact that standards are agreements between competitors to make one product and not another.

There are generally no regulations or statutes directly applicable solely to standard-setting in the US or EU, although there is a provision in the US National Research and Development Act that can limit liability under US antitrust law for standard-setting.  Moreover, the US and EU both sponsor, in whole or in part, SSOs (for example, ETSI is connected to the EU government).  This article focuses on case law and pronouncements from US and EU regulators, but not on regulations or statutes themselves.

SSOs typically require that a standard-essential patent (SEP) owner state whether it has IP relevant to a standard and whether it is willing to license it, if implemented, on fair, reasonable, and non-discriminatory (FRAND) terms.  Nearly every SSO has rules on disclosure and licensing IP essential to practising the standards it creates.  These rules are largely prophylactic as competition law would probably not permit anything less than disclosure and fair licensing when competitors agree on conditions for product compatibility.

But FRAND is in the eye of the beholder, or as we say in Texas, “where you stand depends on where you sit”. SSOs will not typically become involved in terms or prices for licences as they are not equipped to do so and do not want to be subject to accusations of price-fixing.  Pricing and terms of FRAND licences have, however, been the subject to actions of US and EU courts in the last three years.

In Microsoft v Motorola, the US Court of Appeals for the Ninth Circuit addressed the hypothetical risks of patent hold-up and royalty stacking by utilising the three tools in licensing SEPs: (1) injunctive relief; (2) the Georgia-Pacific factors as a framework for determining a FRAND royalty rate; and (3) the smallest saleable component rule as a base for the FRAND royalty rate.

In 2013, Microsoft sued Motorola for failing offer to license its standard-essential wi-fi and video-coding patents to Microsoft for a FRAND rate.  Motorola had asked for 2.25% of the price of every Microsoft Xbox, smartphone, or other product that implemented its SEP patents.  Microsoft alleged that Motorola had breached its FRAND commitments to the Institute of Electrical and Electronic Engineers (IEEE) and the International Telecommunication Union (ITU), the SSOs that developed these standards.

Judge Robart subsequently issued a 207-page order detailing his findings and conclusions on the appropriate FRAND rate.  The royalty rates determined by the court were less than 20 cents per unit—substantially lower than the range of $4.50 to $200 per unit sought by Motorola in its initial licensing offer to Microsoft.

The court’s determination of FRAND royalty made clear that FRAND commitments cannot reflect a “holdup value” (a price increase often created by the unequal bargaining power of licensees who offer licences for their SEPs).  Robart further held that Motorola, an SEP owner, could not seek injunctive relief against Microsoft, a “willing licensee”.  Based on the judge’s determination of a “reasonable” royalty rate, the case proceeded to a jury trial to determine whether Motorola’s initial licensing offer, and its injunctive relief efforts in Germany, constituted a breach of its contractual obligation of good faith and fair dealing under Motorola’s FRAND commitment.

In September 2013, the jury returned a verdict in favour of Microsoft, determining that Motorola had breached its FRAND commitment by seeking licensing rates that were “far above” Robart’s judicially-determined rate, as well as by seeking an injunction in Germany.

The Ninth Circuit affirmed this win for Microsoft.  The court held that a FRAND royalty rate cannot consider the inflated value of the SEP attributed to inclusion in the standard.  The court further held that, to be reasonable, a FRAND royalty offer must not be based on the final price of the end product, but rather, must consider the fractional contribution of the SEP to the overall technology (addressing the problem of royalty stacking—ie, multiple royalties paid to different patent owners for licences to their SEPs).

The US District Court for the Western District Washington and the Ninth Circuit in Microsoft both relied upon the contract law theory of “good faith and fair dealing” to determine (i) whether injunctive relief is an appropriate remedy for SEP owners; and (ii) whether Motorola’s initial licensing offer to Microsoft was a violation of the FRAND commitment.

Ultimately, the holding in Microsoft presents a strongly negative view against injunctive relief as a remedy.  Prospective licensees of SEPs who believe the negotiated royalty rate is excessive may find relief within the judicial system, and may do so without the threat of an injunction.  District courts in the US have now set or dealt with the question of a FRAND rate several times.

The US Court of Appeals for the Federal Circuit has exclusive jurisdiction over appeals from patent cases.  Licences are not covered by patent law, but are often raised as a defence to a claim of infringement.  On appeal from Ericsson v D-Link, the Federal Circuit laid down its methodology for determining FRAND: according to prior case law, the fact-finder on damages must isolate the value of the patented invention from the rest of the technology and investment in the accused device.

Then a second step is required: the fact-finder must isolate the value of the patented invention from the standard.  In this way, the same result from Microsoft is achieved: the royalty is on the “pre-standard” value of the SEP.

The August 2016 Draft Intellectual Property Guidelines from the Department of Justice (DoJ) and Federal Trade Commission (FTC) do not address licensing of SEPs.  However, the citations on patent pools in the draft guidelines show that the authorities see this as an efficient mechanism for licensing SEPs.  Early business review letters for patent pools licensing company MPEG LA, and patent pools 3C and 6C, gave clearance to patent pools for licensing multiple patent owners’ IP from a single source.  Most recently, the DOJ gave clearance to the IEEE’s new rules on disclosure and licensing of SEPs.  Thus, the combination of the 2016 draft guidelines and various business review letters, speeches, and papers give guidance to when law enforcement in the US is likely to act.

Huawei v ZTE, from the Court of Justice of the European Union (CJEU), establishes the framework for simultaneous litigation and negotiation, removing barriers for damages and accounting pre-suit, and requiring an accused infringer to post security in escrow. In Huawei, the European Commission provided guidance regarding the steps an SEP owner must take before seeking injunctive relief. Specifically, the court explained when an SEP owner’s request for injunctive relief constituted an abuse of the dominant position and thus violated article 102 of the Treaty on the Functioning of the European Union (TFEU).

The court also ruled that a willing licensee should act without delay, provide a counteroffer, and actively pay royalties in trust, or otherwise, for past and ongoing use of the patent, which the parties negotiate toward a FRAND licence.

There remain, however, open issues, post Huawei. For one, the European Commission’s ruling is limited to a particular set of facts. Huaweiinvolved a SEP owner who was already dominant. However, the commission’s ruling did not address whether SEP ownership necessarily confers market dominance. Further, there are open questions about whether the Huawei framework must be followed sequentially. Last, the European Commission did not specify how to determine if an offer is FRAND. For instance, Huawei did not provide a method to calculate a reasonable royalty. Burgeoning decisions in the lower courts may provide additional clarity to some of these outstanding questions.

Following the CJEU’s judgment in Huawei,the national courts of Europe work to further refine requirements to assert SEPs. For instance, in Germany, courts have begun to apply Huawei. In Sisvel v Haier, Sisvel, the SEP owner of more than 350 patents deemed essential to a cellular standard governed by ETSI, won a preliminary injunction against Haier, which sold devices that implemented the standard.

After failed negotiations to license the patents, Sisvel moved for injunctive relief, asserting that Haier failed to meet its obligation to provide an account and security for the payment of royalties in a timely manner. Haier could not assert the 102 TFEU/FRAND defence because it did not provide security immediately after the rejection of the SEP owner’s first counter-offer.

David Healey is a senior principal at Fish & Richardson. He can be contacted at: healey@fr.com

Raisa Ahmad is an associate at Fish & Richardson. She can be contacted at: ahmad@fr.com

This article does not reflect the views of the firm, or any of its clients, and is not legal advice. It is submitted by the authors solely to prompt academic and professional discussion.