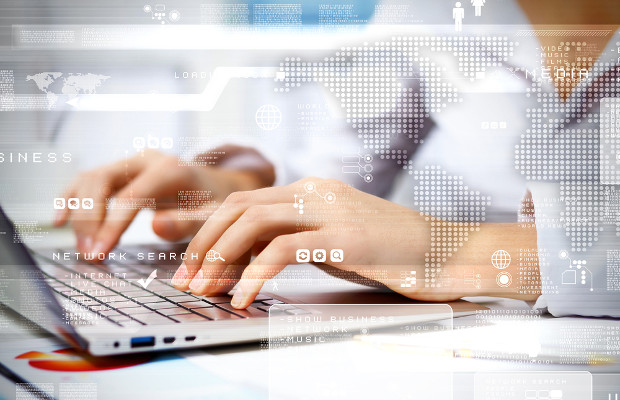 Nearly three years has passed since Canada changed its approach to examining the patentability of computer-related inventions, and in that time some clear lessons have been learned, say Ron Faggetter and Neil Padgett of Smart & Biggar/Fetherstonhaugh.

One might wonder whether the bounds of patentable subject matter for computer-related inventions will ever be settled. In Canada, we are fortunate to have recent court decisions that adopt a sensible approach for assessing the patentability of such subject matter.

Unfortunately, however, guidelines developed by the Canadian Intellectual Property Office (CIPO) to implement the judicial approach do not entirely line up with it. Despite this, with the benefit of almost three years’ experience dealing with these guidelines, we can now more reliably predict whether an invention directed to computer-related subject matter can be claimed in a way that will be accepted by CIPO.

The exclusion of “abstract theorems” from patentability featured prominently in an early computer-implemented invention case in Canada: Schlumberger Canada v Canada (Commissioner of Patents) in 1981. In that case, the Federal Court of Appeal affirmed a rejection by CIPO of an application for a computer-based analysis of geological measurements.

In 2009 CIPO rejected an application by Amazon.com for its ‘one click’ method of online ordering because the application was directed to unpatentable subject matter. After an appeal by Amazon.com, the Federal Court (in 2010) and the Federal Court of Appeal (in 2011) both reasoned that the approach for determining whether a claim falls within the definition of “invention” should not diverge from the approach to assessing infringement and validity of the claims.

So, as in an infringement and validity analysis, a claim is first construed to determine its essential features. Then, if essential features of the claim fall within the definition of “invention”, the claim as a whole can be considered to be directed to patentable subject matter.

Following the Federal Court of Appeal’s decision in the case with Amazon.com, CIPO issued two practice notices setting out new examination guidelines. The first notice (PN2013‑02) established an approach to claim construction that CIPO would use for all purposes, including determining whether a claimed invention is directed to patentable subject matter. The second notice (PN2013‑03) established a revised examination practice for computer-implemented inventions, and specifically mandates an approach to assessing subject matter eligibility of such inventions that is rooted in the office’s new claim construction methodology.

With PN2013-02, CIPO adopted a “problem-solution” approach to claim construction. The practice notice frames this approach as a variation of the “purposive construction” approach mandated by Canadian courts, taking into account “the role of the patent examiner and the purpose and context of examination”.

The second practice notice gives greater detail on how the “problem-solution” approach should be applied in assessing subject matter eligibility for computer-implemented inventions. The guidance draws a distinction between problems involving computers that are “computer problems”—that is, problems with the operation of a computer—and problems involving computers that are not “computer problems”.

“The identification of the problem can greatly influence the likelihood that the subject matter of a particular application is found to be patentable.”

Where the problem identified is found to be a “computer problem”, patent examiners are instructed that essential elements may include, for example, both hardware and firmware. By contrast, where the problem is “not a computer problem” examiners must “carefully consider” whether the computer is essential or whether instead it is “simply a convenience or even an afterthought”. The practice notice is clear that where the analysis finds a computer to be an essential element, the claimed subject matter will generally be statutory.

In the nearly three years since the change in examination practice, Canadian practitioners have gained experience in how the revised guidance is being applied by examiners in daily practice. Some patterns are also beginning to emerge. Here are a few insights from our own experience.

First, it has become apparent that the identification of the problem can greatly influence the likelihood that the subject matter of a particular application is found to be patentable. Where an examiner finds, or can be persuaded, that the problem addressed by an application is a “computer problem”, the likelihood of a persistent subject matter objection is greatly lessened. In contrast, where the examiner finds that the problem to be solved is merely one of performing computations, the computer is likely to be considered a convenience and deemed “inessential”.

Disconnected from the computer, the remaining claim elements are then often found to be “abstract” or directed to a “mere scheme”. Indeed, examiners will often note that these elements could equally be implemented mentally, perhaps with the aid of pen and paper.

It is helpful to understand how examiners go about identifying the problem. The practice notice suggests that examiners will give consideration in their review of the specification to statements in the background section, and stated objects of the invention, as well as any limitations or disadvantages identified as known in the art or discovered by the inventors.

The practice notice outlines various factors that may indicate to examiners whether there is a “computer problem” in a particular application. Details of a specific problem with the operation of a computer, a solution involving the controlling of a chip or system component, or detail in the description emphasising technical details or challenges in prior computers are all seen as potentially indicative of a “computer problem”.

During prosecution applications therefore benefit from technical details in the description going beyond a mere “boiler plate” description of a computer. Indeed, this may have other benefits: in our experience, Canadian examiners may raise not only a subject matter objection, but also an enablement objection where technical detail is sparse.

Applications can also benefit from the inclusion of detail about the operating environment of the invention. Decisions by the commissioner of patents suggest that steps for gathering physical data—such as the use of sensors to collect input data by scanning the physical environment; physical actions to be taken in the “real world” based on the result of computations; and communications between multiple computers over a network—may all, when included in the claims, be viewed as indicative of patentable subject matter.

In the face of a subject matter objection, it may be possible to amend the claims to include aspects of the operating environment to allow arguments that a manual system could not achieve what is claimed, meaning the technology in the claim is essential. In contrast, arguments asserting that a computer automates a process, speeds computation, or handles large volumes of data not readily processed manually are generally all found to be unpersuasive.

CIPO may eventually be persuaded to better align its subject matter test with the approach set out by our courts. In the meantime, it may be possible to overcome a subject matter objection to a computer-implemented invention raised by CIPO with a careful definition of the problem solved by the invention, possibly in combination with claim amendments that make clear the essentiality of the technology to the claimed invention.

Ron Faggetter is a partner at Smart & Biggar/ Fetherstonhaugh. He can be contacted at: rdfaggetter@smart-biggar.ca

Neil Padgett is an associate at Smart & Biggar/ Fetherstonhaugh. He can be contacted at: nlpadgett@smart-biggar.ca