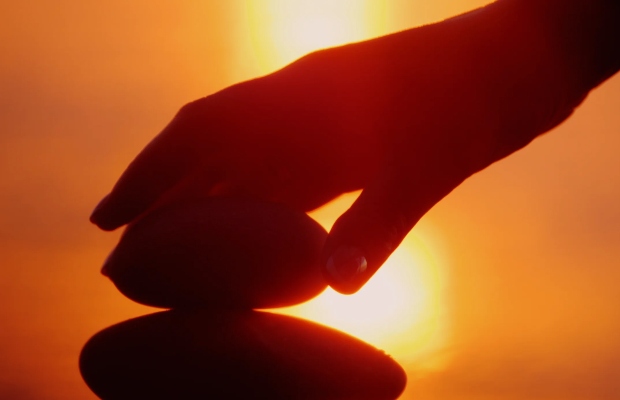 With a new World Intellectual Property Organization agreement on geographical indications having come into force in February, Rory O’Neill looks at the fault lines in a debate which appears to be far from settled.

In international trademark and intellectual property (IP) law, geographical indications (GIs) stand out as a sign that has tradition and pride at its core.

From the perspective of the producers of goods protected by GIs, often food and drink products, these registrations, which identify a product as originating in a given place, are essential to protecting cultural heritage, not merely a commercial product.

There is much more of an emotional investment in a GI registration than with an ordinary trademark. A good example of such a product is Irish whiskey.

Carleen Madigan, Legal Advisor at the Irish Whiskey Association (IWA) (Ireland), insists that GIs should not be framed in purely economic or legal terms. Rather, they can represent something more transcendental.

“We’re really proud to have our GI designation,” Ms. Madigan said. “We have a proud history of whiskey distilling in Ireland that goes back to the sixth century. It’s in our culture, it’s in our heritage, and it’s something that should be supported.”

The Old and the New

This view is typical of producers in GI-protected industries, where there is a sense that a GI affords some level of legal recognition to cultural traditions which predate a formal IP system.

It is not the only view, however. The exact nature and scope of protection that should be afforded to GIs has long been a contentious issue in the world of IP law.

The emergence of a new World Intellectual Property Organization (WIPO)-administered GI system, the Geneva Act of the Lisbon Agreement on Appellations of Origin and Geographical Indications, suggests a step toward harmony.

The Act, which was adopted on May 20, 2015, officially entered into force on February 26, 2020, establishing an international and transparent registry for GIs, which will allow protection to be obtained in several jurisdictions through one single application filed with WIPO.

But uncertainties and disagreement over the role of GIs in IP law remain. The United States has a markedly different perspective on GIs from the European Union, for example.

While the latter has a “GI handbook” to help EU producers to assert their rights, and actively supports the better protection of GIs internationally, the former allows GIs to be protected as trademarks, collective marks, or certification marks. The U.S. does not have a separate GI regime like the EU’s.

Under the EU-style system of GIs, blanket protection is afforded to certain geographical terms, such as “Irish Whiskey,” or “Champagne,” and there are specific criteria and conditions a product must meet before it can be marketed under that term.

The U.S. system, on the other hand, affords less robust protection to the geographic term than a GI. “The challenge is that, as a U.S. trademark, in order for a geographical term to be protected, it must have acquired secondary meaning like any other ordinary trademark,” Mr. Mattei said.

Like other trademarks, a distinctive sign can lose its significance over time through generic use, he added.

Furthermore, he explained, U.S. trademark law does not protect geographical terms against dilution. Instead, it is incumbent on the producers from that region to maintain the meaning.

This goes to the heart of what, in the view of Kate O’Rourke, Partner at Mewburn Ellis (UK), is a clash of values between the U.S. and the EU on the issue of protecting geographical terms.

According to Ms. O’Rourke, producers who enjoy GI protections for products such as Champagne, Parma ham, or Bordeaux wine resent having to register and maintain trademarks or prove genuine use of what they see as their cultural heritage.

The methods of producing any of these goods, and many others, are traditional and deep-rooted in local history. They have been associated with a particular region and the production methods practiced by that region’s inhabitants, often for centuries.

It is this appeal to culture and heritage that is invoked to justify the more blanket-level protection of the type afforded by GIs. In the U.S., geographical terms have been relegated to a more level playing field with other “ordinary” trademarks.

As such, from Ms. O’Rourke’s perspective, this aspect of the GI debate is essentially a clash between the “old world and the new world.”

Mr. Mattei has witnessed this debate play out in Southeast Asia. In general, he explained, most Southeast Asian nations have taken a “clear position” in favor of a separate GI system. Apart from Brunei and the Philippines, all eight of the other Association of Southeast Asian Nations member states (Cambodia, Indonesia, Laos, Malaysia, Myanmar, Singapore, Thailand, and Vietnam) have adopted a GI protection system, recognizing the need for a specific GI protection mechanism separate from the trademark regime.

“It’s in our culture, it’s in our heritage, and it’s something that should be supported.” - Carleen Madigan, Irish Whiskey Association

This conflict of systems often plays out primarily in the realm of trade negotiations.

“In Asia, both the EU and the U.S. have been engaged in a contest to see whose vision of GI protection will prevail as part of the negotiations for bilateral and plurilateral free trade agreements with third countries,” Mr. Mattei noted.

GIs are often a key item up for discussion during free trade agreements. The markedly different approaches favored by the EU and the U.S., two of the world’s largest trading blocs, can lead to contradictory results.

One example is South Korea, which signed free trade agreements with both the U.S. and the EU, agreeing to incompatible protections for GIs, he said.

Among British lawyers there has been plenty of discussion as to what extent GIs would be on the table in free trade negotiations with the U.S. after the UK’s departure from the EU.

The UK is now putting in place its own system for the registration and protection of GIs to replace the EU system. The government issued guidance on the new system in October but, as it will come into effect only from January 1, 2021, how it will work in practice is still an unknown.

“As with everything Brexit-related, there is a degree of uncertainty, and GIs may become an increasingly politically sensitive area in the UK during future trade talks and deals,” Mr. Mattei said.

According to the UK government’s guidance, the UK’s own GI scheme will continue to protect the geographical names of food, drink, and agricultural products, in accordance with its World Trade Organization obligations.

In Ms. O’Rourke’s view, the UK’s proposed GI system shows that the UK government has, to date, stood firm on its commitment to an EU-style GI system—which she welcomes and which will continue to protect the valuable food and drink names of British businesses.

This commitment shouldn’t come as any surprise, said Mr. Mattei, noting that the UK has some of “the most successful GIs in the world,” contributing to the employment of a significant number of people, as well as to the country’s image and tourist industry.

“In Rouse’s view,” he said, “it is unlikely that the UK government would cease to commit to a GI registration system, to accommodate U.S. trade pressure.”

While all these discussions are going on, trade bodies representing industries which benefit GIs will be working intensively to secure their own interests.

The IWA, for example, has been actively lobbying both the Irish government and the European Commission as the EU negotiates free trade agreements. The IWA is keen to see GI protection placed at the heart of any such deals.

Given how prolific the EU has been in concluding free trade agreements, with Japan and Singapore last year alone, this lobbying work is a key function of the IWA and other organizations.

One issue the IWA lobbied strongly on, Ms. Madigan said, was the EU’s accession to the WIPO-administered Geneva Act of the Lisbon Agreement last November.

The international registration system is a major development in efforts to build a harmonized, truly global system for the registration and enforcement of GIs. The ability to file a single GI application through WIPO, rather than in multiple jurisdictions, means lower fees and less paperwork.

While a big step toward harmonization, it does not settle the debate.

The Consortium for Common Food Names (CCFN) is an international organization of food producers pushing back against what they see as encroachment by overly protective GI registrations.

Shawna Morris, Senior Director of the CCFN and Vice President of the U.S. National Milk Producers Federation (US), insists that the consortium should not be seen as an “anti-GIs” campaign as, she said, it is sometimes portrayed.

The CCFN is not opposed to GIs in principle, she said, citing “Irish Whiskey” and “Scotch Whisky” as examples of “well-constructed, legitimate GIs.”

Rather, the CCFN is challenging a model of GI registration and enforcement, chiefly advanced by the EU which has “gone overboard” in the restrictions it imposes, Ms. Morris said.

“For example, consumers do not necessarily draw a link between the town of Parma or the ‘generic’ term ‘Parmesan,’ at least not to the extent that they expect the product to come from a certain place,” she said.

She suggested that names such as “Parmesan” or “Valencia Orange” are better understood as types or varieties of food products, and should not carry strict regulations on where they are produced.

This train of thought is not confined to the U.S. Even in some European countries, where GIs enjoy widespread support from governments and producers, there is a level of skepticism toward the extent of protection afforded to EU GIs in the past.

Last December, the Court of Justice of the European Union (CJEU) ruled that the “Aceto Balsamico di Modena” GI did not require all products labelled as “balsamic vinegar” to come from Modena in Italy.

According to the CJEU, “balsamico” and “aceto” were common terms and could not be monopolized by a GI registration, which protects geographical designations only.

Christofer Eggers, Partner, Squire Patton Boggs (Germany), successfully represented German vinegar producer Balema in the case. He said it highlights the dangers of being “overprotective” when interpreting GI registrations, noting: “The CJEU’s judgment is more in line with the original spirit and intention of the GI system: protecting regional interests, rather than monopolizing entire product categories.”

“The UK’s proposed GI system shows that the UK government has, to date, stood firm on its commitment to an EU-style GI system.” - Kate O’Rourke, Mewburn Ellis

Given the different viewpoints, it is not certain that the Geneva Act will lead to fewer disputes, fewer arguments, or greater levels of harmonization.

According to Mr. Eggers, conflicts over GIs are now “more likely” because many producers will find it difficult to “comply with the new rules on labelling the origin of primary ingredients.”

Ultimately, the uncertainty will be for courts to decide. Mr. Eggers predicts “a lot more” cases on GI disputes arising in the future under the new system.

“The Geneva Act is set up in a way that makes it far too easy for countries to do the wrong thing when it comes to securing protection for their GIs,” Ms. Morris said.

“There is no reason why protection should automatically be afforded to whatever GIs are thrown on the list,” she added.

With major new free trade deals set to be agreed in the coming years, and the Geneva Act having been in force for less than one year, it remains to be seen which side of the debate will win out.

Just because harmonization appears closer doesn’t mean that it is. For any global system to work properly, all stakeholders must be committed to it. In that sense, true consensus remains pending.