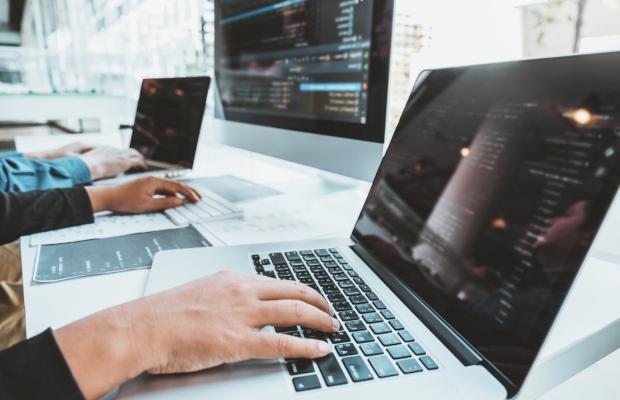 By leaning on unusual analogies the US Supreme Court has created unsettling precedents for software developers, argues Bill Frankel of Brinks Gilson & Lione.

In a 6-2 decision, with Justice Stephen Breyer authoring the majority opinion, the Supreme Court has reversed the Federal Circuit’s decision and found that Google’s use of 11,500 lines of the Java SE Application Programming Interface (API) to tailor its Android platform to smartphone technology was fair use under copyright law.

As a consequence of this protracted litigation, the Supreme Court was presented with two principal issues: 1) whether the Java SE declaring code at issue was copyrightable; and 2) whether Google’s taking of the code constituted a “fair use” freeing Google of copyright infringement liability.

The majority “assumed, for argument’s sake, that the material was copyrightable” and analysed the four fair use factors to conclude that “where Google reimplemented a user interface, taking only what was needed to allow users to put their accrued talents to work in a new and transformative program, Google’s copying of the Sun Java API was a fair use of that material as a matter of law”.

The majority’s assumption of the copyrightability of the Java SE code offers cold comfort to software developers seeking copyright protection for their software works.

The majority opinion analogises declaring code to an “interface” like a gas pedal on a car or a QWERTY keyboard on a typewriter, a poor analogy, which further seems to exclude declaring code as copyrightable It is this disdain for the copyrightability of declaring code that draws a sharp rebuke from Justice Thomas in his dissenting opinion. It is also this view that permeates the court’s fair use analysis.

This is the first time in 25 years that the court has taken up a fair use case. In so doing, the court found the nature of the declaring code different than other types of code because the user interface provides a way for programmers to access prewritten computer code and that the nature of the use favoured a fair use finding.

As for the purpose and character of the use, the court found that Google’s limited copying was transformative because it allowed for the creative development of new software programs. As for the amount and substantiality of the portions of material used, the court found that the lines of code taken constituted only 0.4% of the entire API at issue and because the amount of copying was tethered to a valid and transformative use. Lastly, as for the effect on the market, the court held that Android was not a market substitute of Java SE—a point also strongly challenged by the dissent.

The court’s decision is significant in a number of respects. By not expressly acknowledging the copyrightability of declaring code in API’s, the court has now created a distinction between computer code that is unquestionably copyrightable and code that is “further from the core of copyright” because it facilitates interoperability.

This approach seems to blur the line between copyrightable and uncopyrightable code, on the one hand, and between copyrightability and fair use, on the other. Tech companies may be less incentivised now to innovate and develop APIs, knowing that bigger companies can appropriate their content rather than pay for it (like Google did with Java SE). On the other hand, tech companies may still be able to license their APIs because their copyright status is not fully resolved.

Copying or fair use?

Here, too, the Supreme court found that Google’s use of parts of the Sun Java API to create a new Android platform was “use consistent with that creative ‘progress’ that is the basic constitutional objective of copyright itself.”

Regardless of the balancing of the relevant factors, it undoubtedly will alarm content providers to see the Supreme Court holding another instance of verbatim copying to be “fair use” under the copyright law.

A significant aspect of the court’s ruling with respect to fair use is its rejection of the arguments that courts cannot rule on fair use as a matter of law and that parties are entitled to a jury trial to resolve the issue of fair use.

However, from a policy standpoint, there is some logic to not making software developers reinvent the wheel, and spend money to create identical functionality using different forms of expression.

Bill Frankel is a partner and chair of the copyright group at Brinks Gilson & Lione. He can be contacted at: wfrankel@brinksgilson.com

Google, Oracle, Supreme Court of the US, copyright