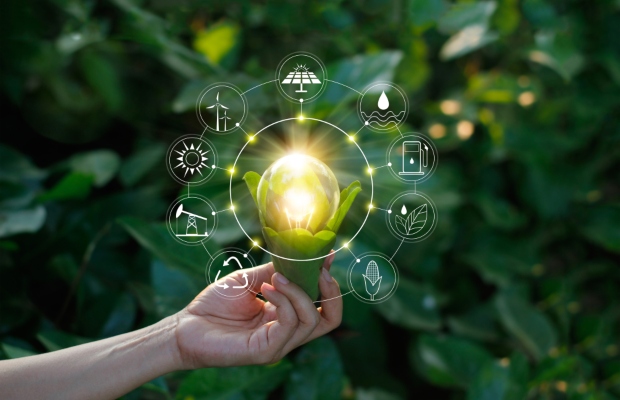 At this year’s ASIPI Congress the organisation is joining forces with INDECOPI, the Peruvian national IP office, to promote the Green Patent contest. The competition is part of an annual initiative run by INDECOPI, and this year is adopting the theme of promoting inventions that have a positive environmental impact. Rory O’Neill reports.

There has never been a greater level of awareness about the reality of climate change, its devastating impact, and subsequent pressure on those in power. There has been a wave of global protests against threatened extinction and calls for a radical change of course in all facets of environmental policy.

The fear and anger over climate change inaction are linked to wider concerns about the many harmful effects humankind has had on the natural world, as shown by the widespread sadness and horror at the mass fires which engulfed the Amazon rainforest earlier this year.

In this context, businesses and brand owners are under ever-increasing scrutiny as to their environmental track record. The harmful impacts of many commonly-used technologies are now firmly in the public eye, whether it be with respect to their carbon footprint or their output of plastic waste.

IP offices are now expected to make a significant contribution in terms of promoting and incentivising the proliferation of new, green technologies.

At this year’s ASIPI Congress the organisation is joining forces with INDECOPI, the Peruvian national IP office, to promote the Green Patent contest. The competition is part of an annual initiative run by INDECOPI, which this year adopts the theme of promoting inventions that have a positive environmental impact.

The winner will be chosen out of three finalists and unveiled at the ASIPI Congress on October 29. According to Martin Pittaluga, attorney at Pittaluga Abogados in Montevideo, inventions eligible for the prize include those focused on “the environment, mitigation of climate change and social welfare”.

“Any project and initiative aimed at improving the environment has its first stage in getting the corresponding patent.” - Martin Pittaluga, Pittaluga Abogados

Pittaluga is involved in organising the contest in his capacity as chair of ASIPI Future, a new commission whose aim is, he says, to develop new projects which are “focused on generating future benefits to ASIPI, its members and the Latin American IP community”.

“ASIPI has also adopted the ASIPI Verde initiative, through which it intends to support various initiatives aimed at conservation and the sustainability of the environment.”

Describing the Green Patent contest as the “first step” in this process, Pittaluga says IP has a crucial role to play in developing new, greener technology.

“Any project and initiative aimed at improving the environment has its first stage in getting the corresponding patent,” he says.

“If these projects are not duly supported by the IP sector for getting a patent, then they are destined to fail and be remembered as just a good idea.”

Luis Hernandez, secretary of ASIPI and coordinator of the contest along with Pittaluga, agrees that innovation and strong IP policy are vital.

“We strongly believe that IP rights have a great impact on the development and diffusion of green technology, which our world greatly needs at the moment,” Hernadez argues.

In addition to its positive environmental impact, he feels that the Green Patent contest marks an important opportunity for Latin America to showcase its talents.

“We have observed that only a very small percentage of international patent applicants filed every year come from Latin America,” he says.

“We want to encourage and reward innovation and have found the perfect framework in which to do so: the XVIII National Competition of Inventions and Industrial Designs that INDECOPI carries out annually in Peru,” Hernandez adds.

Cristian Bittel, partner at Marval, O’Farrell & Mairal in Montevideo, is one of the judges for the Green Patent competition. He reports that he was impressed by the quality and breadth of the inventions he has judged. They relate to areas such as improving the safety of water by removing heavy metals, clean energy systems and alternative power sources such as wind and solar, and microbiology.

The goal, Bittel says, is to put “IP closer to the people” and further foster research and development. The contest is timely. Bittel has observed an increasing uptake of Latin American inventors registering patents for their IP, particularly in countries such as Colombia and Chile.

Ivo Gagliuffi, chair of INDECOPI, says the annual award on which the Green Patent contest is based is the “most important activity celebrated in Peru regarding the recognition of local creativity”.

“The Green Patent contest will allow ASIPI and INDECOPI to reward an invention that can demonstrate the most positive impact on the environment, so that attention is drawn to the importance of this particular issue for the future development of the country,” Gagliuffi says.