Can the UK stay in the UPC post-Brexit? 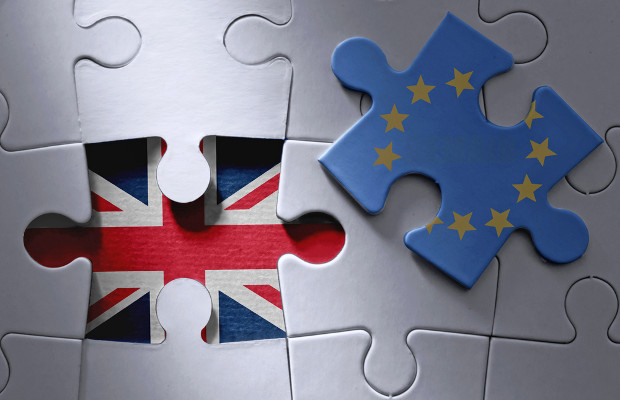 Despite the UK government’s surprise announcement that it will ratify the Unified Patent Court Agreement, there is still a big question mark over whether the UK can stay in the system after leaving the EU. Lorna Brazell of Osborne Clarke reports.

When the UK voted in June 2016 to leave the EU, many in the IP community concluded that the long-awaited unitary patent system, then due to start operating in the spring of 2017, would be the decision’s first victim. Article 89 of the Unified Patent Court Agreement requires 13 countries in total, of which France, Germany and the UK must be three, to have ratified the agreement before the UPC can take effect. It seemed highly unlikely that as part of its preparation to leave the EU as a whole, the UK would be in a rush to get a new, largely EU institution up and running.

On November 18 however, when the preparations for bringing the UPC into operation had been suspended for some time, the UK announced, without warning, that it would indeed proceed to ratify the agreement.

While the UK remains an EU member there is no reason for it not to ratify if it chooses to do so. Germany appears likely also to ratify, and France has already done it. That would permit the UPC to open for business and the European Patent Office (EPO) to begin granting unitary patents at some point in 2017. But while the short-term options appear appealingly simple, serious questions remain over the mid-to-longer term implications.

The most important question is what happens when, in the course of 2019 (on the current proposed timetable), the UK ceases to be part of the EU? It is not obvious that remaining within the UPC arrangements is an option. On the contrary, in its Opinion No. 1/09 earlier this year on a legal challenge brought against an earlier version of the UPC Agreement, the Court of Justice of the European Union (CJEU) ruled that the proposal was incompatible with EU law. One of the reasons given was that the previous version would not have guaranteed the supremacy and uniformity of application of EU law, because the parties to it included countries which were not EU member states, so they would not be bound by EU law and decisions of the CJEU.

The European Commission has interpreted this to mean that no agreement can be effective unless it is limited to EU member states. Consequently, the current UPC Agreement is limited to participation by EU member states. Although not supported by all legal commentators, and apparently contrary to the interpretation reached by the UK government, this belief represents a significant obstacle to the UK’s remaining a party.

Similarly, although it will be implementedby the non-EU EPO, the unitary patent regime was created by EU regulations and therefore applies only to EU member states. It will cease to apply to the UK once it has left the EU, unless the remaining EU member states agree to enter a separate international agreement with the UK to permit it to continue to participate. Such an agreement would have to include the precise wording of the existing regulations, including aspects such as exhaustion of rights throughout the territory covered by a unitary patent, or risk being struck down by the CJEU as incompatible with EU law.

In the circumstances it is understandable that questions are being asked over whether the UK should join the UPC and unitary patent arrangements if there is no guarantee they could continue in those arrangements after Brexit.

Does Brexit inevitably mean leaving the UPC? An opinion from constitutional law counsel Gordon and Pascoe suggests that, since the CJEU’s ruling did not expressly exclude the possibility of non-member states participating, it could be possible in principle for the UK to participate in the regime post-Brexit. However, the precondition for doing so would be forging a new international agreement with the remaining participating EU member states.

“The UK government needs to plan for the worst, to ensure that any unitary patents will also be recognised as UK national patents.”

Such an agreement would have to provide for various EU constitutional principles to be safeguarded: the supremacy of EU law; the responsibility for infringements of EU law; and uniformity through preliminary references to the CJEU. It would also have to enable private parties to obtain damages for any breach of EU law committed by the UPC, which would require extending the jurisdiction of the CJEU itself since it is currently able to hear such claims only from member states. It remains unclear, not to say highly debatable, whether a UK-EU agreement including such provisions will be politically achievable.

Furthermore, the political implications extend beyond the UK and the EU. For instance, it is likely that other non-EU states, including Switzerland, would also want to apply to be part of the system, as was the case for the original UPC proposal.

If political agreement can be reached, the necessary arrangements could be sorted out in the exit treaty provisions. For instance, part of the solution might be for the UK to join the Lugano Convention on jurisdiction and enforcement of judgments.

But even so, in view of the level of uncertainty over what is required, it might be necessary to seek a pre-emptive opinion from the CJEU on the legality of such an agreement.

If either the political or the legal complexities prove insurmountable, then patent owners and users need to consider what withdrawal after Brexit would mean in terms of already granted unitary patents, ongoing actions in the UPC, and the continued hosting of the life sciences section of the central division in London. Gordon and Pascoe suggests that if post-Brexit UK participation were found to be incompatible with EU law, it is likely that the CJEU would limit such a finding to prospective matters, leaving the validity of concluded or pending proceedings untouched.

This is of course only one opinion, and the uncertainty for patentees and technology users remains very high. Counsel also concluded that the London division would have to cease operating, causing the investment already made to be wasted after a mere year or so of use.

Such uncertainties could act as a significant bar to potential applicants for unitary patents or users of the UPC. Accordingly, even if it is hoping to negotiate continued membership post-Brexit, the UK government needs to plan for the worst, to ensure that any unitary patents will also be recognised as UK national patents, and work with the other contracting states to produce transitional arrangements regarding ongoing litigation at the UPC and the continued functioning of the court.

Lorna Brazell is a partner at Osborne Clarke. She can be contacted at: lorna.brazell@osborneclarke.com