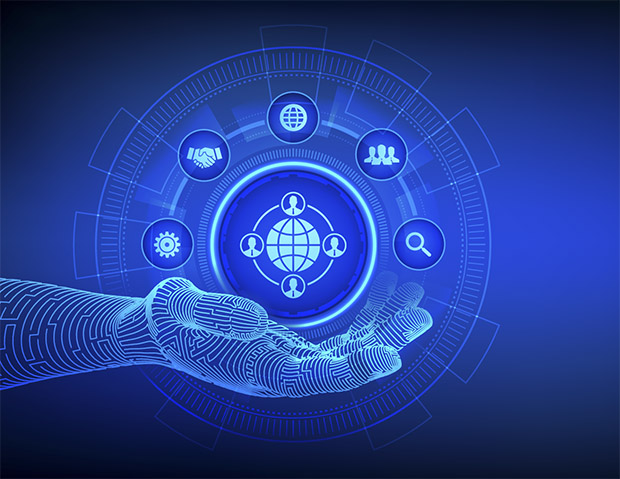 For the IP service provider sector, the past few years have been awash with changes that have altered the way the sector develops and operates. What is the new normal, and how will this change in the coming year? Sarah Morgan of WIPR reports.

Earlier this year WIPR, in association with Brandstock, undertook a survey to delve into the IP service provider industry and try to find out how the dynamics of the sector are changing.

Here’s an executive summary of what we found out. A full report will be available at www.worldipreview.com.

The majority (71%) of respondents to our survey work at law/trademark firms, while 15% who answered are part of a company that owns trademarks (but not a law firm). Other respondents included investors, IP consultants and blockchain providers.

Trademark searching was by far the most popular activity being outsourced by respondents (either themselves or on behalf of their clients), with nearly 50% of respondents doing this. Its popularity is perhaps a reflection of the vital importance of searching to trademark ownership (and the dire consequences of a failure to search), but also an acknowledgment that service providers have the capabilities to conduct comprehensive searches quickly and efficiently.

Searching was followed by trademark renewals (34%) and trademark filings (36%) as the next two most popular elements to outsource.

On the other side of the spectrum, licensing, payments and competitive analysis were least likely to be aourced to providers—less than 14% of respondents undertake these options.

Despite this, when asked what services respondents would like to see available in the market which are not currently provided satisfactorily, none mentioned licensing, payments or competitive analysis as areas to improve.

While this may suggest respondents are happy with their in-house operations in these areas, it might also mean that service providers are perhaps not doing enough to push these options to clients.

One quarter of respondents outsource their anti-counterfeiting efforts, and one in five outsource their docketing and workflow management, while analytics and records averaged 17%.

Respondents raised anti-counterfeiting and docketing and workflow management as areas that could be improved, with one recommending that IP service providers offer an anti-counterfeiting news exchange, and another noting that improved infringement analysis tools could be developed.

An eye on the future

Analytics is the most popular choice of work that respondents are considering for future outsourcing, perhaps reflecting the advances made in this area and the capabilities of service providers. However, trademark searching comes a close second with 29% of respondents stating that they would consider outsourcing it in the future. Add that to the nearly 50% who are already outsourcing, and searching proves a very popular option.

Searching was followed by trademark renewals (34%) and trademark filings (36%) as the next two most popular elements to outsource.

Other well-liked options include trademark renewals, translations, competitive analysis and anti-counterfeiting efforts, each with around one in five respondents stating they would consider future outsourcing.

However, licensing and payments remain less susceptible to outsourcing—they’re the two elements least likely to be outsourced by the respondents in the future.

Respondents provided a range of suggestions on the services they’d like to see available in the market, which are not provided well enough now. Some referenced artificial intelligence (AI), with one respondent asking for “serious AI searching which does not provide a mass of extraneous material, but which is pretty reliable as far as potential relative grounds objections go”.

While some cited better relationships between the client and IP provider, others provided ideas for products they don’t believe are on the market or aren’t being offered satisfactorily. These included availability searches and watch services for geographical indications; a well-run name-chooser linked to trademark searches; and trademark design searches.

Respondents raised anti-counterfeiting and docketing and workflow management as areas that could be improved.

Over the next year, more than half (56%) believe their spend on outsourced trademark services will stay roughly the same. However, 32% think their spend could increase and only 12% of respondents expect their spend to fall.

This correlates to the amount of outsourcing that companies plan to undertake in the next year, with 60% believing they will outsource the same amount of trademark-related activity. Around 29% think they’ll outsource more activity, and only 11% plan to outsource less.

A spate of merging

The spate of merger and acquisition (M&A) activity throughout the sector is resulting in bigger players in a smaller pond that are able to charge higher prices.

However, only 18% of respondents believe that consolidation may have a negative effect on the IP industry, such as increased costs. One quarter believe that the hive of activity will be positive, providing clients with better and lower-cost services, while more than half think the effect is neutral.

And As IP service providers develop technology, and engage in M&A, they can in theory provide a broader and better service offering to clients. Indeed, nearly 30% of respondents plan to outsource more trademark-related activity, and only one in ten believe they’ll outsource less.

This means nearly one in three respondents are looking to outsource more business—while they could stick with their current providers, they might also go elsewhere. So which provider is the right choice? Which one is delivering the right things at the right time to its customers?

What’s behind the idea that clients will outsource the same amount of work but end up paying more? Find out in the full report, to be published later this year.

WIPR webinar: Is blockchain the future of copyright protection?
11-09-2019