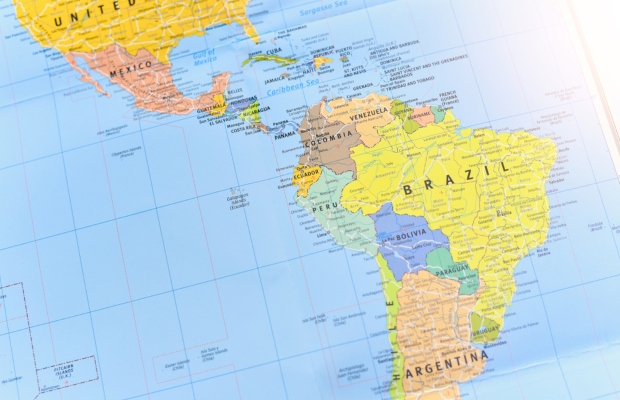 Earlier this year, after more than a decade of planning, Brazil became the last of the world’s ten largest economies—as calculated by the International Monetary Fund—to accede to the Madrid Protocol.

But, despite its seemingly obvious attractiveness as a system that offers brand owners a cheaper way to protect their marks, Latin American countries aren’t exactly queuing up to join.

It may seem odd that the countries are reluctant to accede, but a deeper look reveals many different considerations, including practitioner worries over a decrease in work and a lack of harmonisation, at play just beneath the surface.

In 2004, Spanish became a working language of the Madrid system. Some may have expected a stampede from Latin American countries but there was little uptake, according to Tove Graulund, founder of Graulund Consulting.

During her time as chair of Marques, Graulund pushed for a trip to Brazil, in association with the International Trademark Association and the World Intellectual Property Office (WIPO), the administrator of the Protocol. While there, the associations were met with excitement for the system by industry representatives, but a proposal to join the system was stuck for 15 years.

“Mexico became a very attractive country, making us one of the most highly-designated countries by trademark owners on their international registrations.” - Eryck Castillo, Uhthoff Gómez Vega + Uhthoff

One of the effects of the system is that it reveals the lack of harmonisation between the member countries on their procedures and how they examine the goods covered by the mark.

“This lack of harmonisation is very much revealed by the system. Countries can have different objections, which seems odd in this day and age.

“Now, there’s a constant drive for a reduction of administrative procedures and bureaucracy, so these differences will hopefully become less important,” Graulund explains.

Another problem, in Latin America, is that most IP offices are not self-funded, and must instead rely on the state to provide a budget. Entering the Madrid system or changing procedures may require additional staff or infrastructure, all of which must be approved by the state.

“We know this can take time and effort. We understand that an office’s limited resources could inhibit its ability to make these preparations,” says Ann Chaitovitz, the US Patent and Trademark Office (USPTO) IP attaché for South America.

However, adds Chaitovitz, WIPO can assist with these preparations and an IP office can turn to other offices in the region which have already joined to learn from their experiences.

The potential loss of trademark work is also a concern, but should practitioners be worried that this is inevitable? The answer is a resounding no, subject to a caveat, according to the interviewees. They believe that lawyers must see the Madrid system as another tool to provide trademark protection for their clients, and not as a drain on their trademark filing work.

Chaitovitz explains that it’s vital to address the concerns of local bar groups who are worried that their work will decrease.

“While the number of direct, non-Madrid filings from foreign entities into the country may decrease, the work on outgoing applications through the Madrid Protocol will increase, as more trademark owners in the new member country file internationally through the Protocol, and need appropriate legal advice on its operation,” she says.

If a refusal is made by a member country, a local trademark agent is generally needed for further prosecution, adds the USPTO attaché.

When Mexico entered the Protocol in 2013, law firm Uhthoff Gómez Vega + Uhthoff says it experienced a reduction of around 25% in trademark filing work.

Eryck Castillo, president of the Mexican Association for the Protection of Industrial Property and a partner at Uhthoff, said: “The fear is well-founded. A lot of Latin American countries rely on the work that comes from abroad—apart from Brazil and Mexico, most countries are not huge exporters of trademark work,” he says.

Essentially, being proactive and looking for other opportunities will provide practitioners with more work than they were receiving in the first place, the interviewees conclude.

Cuba joined the Madrid Protocol in 1989, opening the path for other Latin American and Caribbean countries to join. It was followed by Colombia and Mexico.

Mexico’s accession caught most of the country’s lawyers by surprise, according to Castillo. He adds that the negotiations between the Mexican government and WIPO were not entirely open and for months there were only rumours.

“Suddenly, one day the legislative project to join the Madrid Protocol was before the Mexican Senate ready for discussion and approval. Weeks after that, the bill was passed and we had a deadline fixed to join Madrid on February 19, 2013,” he says.

It was a steep learning curve, not just for lawyers but also for the Mexican Institute of Industrial Property. Seminars, workshops and roundtables followed, ensuring that everyone was ready for the new system. In addition to updating its processes, the IP office restructured areas to handle the incoming work derived from the Protocol.

Castillo adds: “We soon learned that Mexico became a very attractive country, making us one of the most highly-designated countries by trademark owners on their international registrations.

“This was not only for new trademarks but also for some older marks, where a designation for Mexico was requested through WIPO.”

While Mexico’s membership has led to a more modern and efficient IP office and multinational companies are typically taking advantage of the system, Mexican companies are not yet fully on board, says Castillo.

More than 100,000 applications have been filed designating Mexico by foreign applicants, but Mexican companies using Madrid to protect their trademarks amount to only a couple of thousand, notes Castillo.

Brazil is infamous for its patent backlog, and the country’s trademark waitlist is also extensive. Reducing the trademark backlog to meet Madrid’s requirements and deadlines was a major challenge for the National Institute of Industrial Property (INPI).

Joana de Mattos Siqueira, partner at Montaury Pimenta, Machado & Vieira de Mello, claims that in the past trademark registration could take four years before the INPI. Next year, she believes, this wait time could be reduced to six months.

Brazil must adapt the Madrid system to its local law. “It will be necessary to adjust to new practices in the Brazilian trademark area, such as a multiclass system; co-ownership of trademarks and divisions of registrations and applications when these procedures come into force on March 9, 2020,” she says.

Chaitovitz believes Brazil’s membership may also encourage other countries in the region who are yet to join the Madrid Protocol, adding that she’s hopeful that Peru understands the benefits of joining.

“I'm hoping that more countries will join. Everyone is looking at the Madrid Protocol differently now because it’s becoming more of a reality,” adds Graulund.

* A workshop on the application of the Madrid Protocol is taking place on Tuesday, October 29 at 11:45am. The panel will be interactive, with participants (including Graulund, Chaitovitz, and de Mattos Siqueira) ready to address the Madrid-related concerns of practitioners and provide tips on how best to prepare for its implementation. For practitioners looking for tips on how to prepare, including practical concerns such as preparing new fee charts and searching the WIPO database, the workshop is a must.