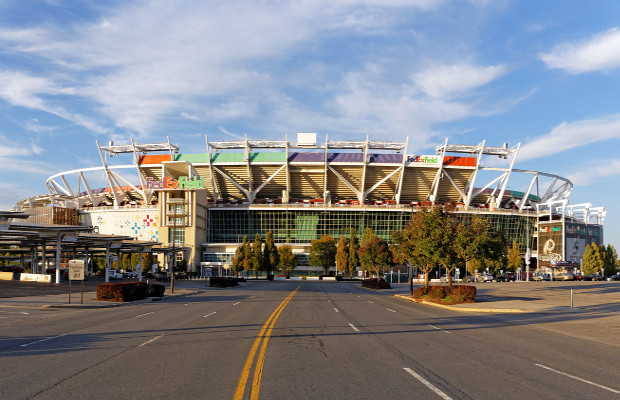 The Washington Redskins, a National Football League (NFL) team, are also winners in a ruling handed down by the US Supreme Court, according to lawyers.

The Washington Redskins’ petition for certiorari was denied by the court in September last year, at the same time as it agreed to hear rock band The Slants’ dispute with the US Patent and Trademark Office (USPTO).

Both clashes centred on 15 USC section 1052 (section 2(a) of the Lanham Act, under which trademarks that are likely to disparage people, institutions or beliefs are barred from registration.

Now the Supreme Court has ruled that the ban violates the First Amendment free speech clause and that “contrary to the government’s contention, trademarks are private, not government speech”.

“The big winner is the NFL’s Washington Redskins, as the tool that was used to invalidate the team’s trademark in 2014 has now been eliminated,” explained Lawrence Robins, IP partner at Sullivan & Worcester.

In 2014, six trademarks owned by the Washington Redskins were cancelled by the USPTO after they were challenged by a group of Native Americans led by Amanda Blackhorse.

The trademarks were for the term ‘Redskins’, a slang word for Native American people.

According to Robins, it’s likely that the Washington Redskins’ trademarks that were cancelled in 2014 will be reinstated.

However, the “court of public opinion” may ultimately decide that a particular trademark (such as the ‘Redskins’) is “just too offensive to succeed in the marketplace”, explained Joseph Gioconda, founder of Gioconda Law Group.

Jonathan Hudis, partner at Quarles & Brady, added that many otherwise offending marks will “likely be allowed to register with the USPTO going forward—as the USPTO cannot deny the registration of any mark that meets the Lanham Act’s other viewpoint-neutral requirements”.

Justice Samuel Alito delivered the opinion of the court, explaining that the argument put forward by the USPTO that the registration of a trademark converts the mark into government speech would “constitute a huge and dangerous extension of the government-speech doctrine”.

Gioconda added that Alito “correctly pointed out that many trademarks currently on the principal register would thereby communicate bizarre government messages” if trademarks were government speech, if so broadly interpreted.

John O’Quinn, partner at Kirkland & Ellis, added: “The court vindicated fundamental principles of free expression, unanimously holding that the government has no business picking and choosing between the forms of expression that trademark owners select to identify themselves and their products, merely because the government has a role in registering those marks.”

Although the entire court was unanimous on the outcome, it was split on a couple of the finer points raised by the USPTO.

Michael Kelber, partner at Neal Gerber & Eisenberg, stated that despite some disagreement, the justices agreed that registration of a trademark didn’t constitute government speech, and thus, “regardless of whether trademarks are commercial or private speech, it was unconstitutional for the government to restrict their registration based on the message they convey”.