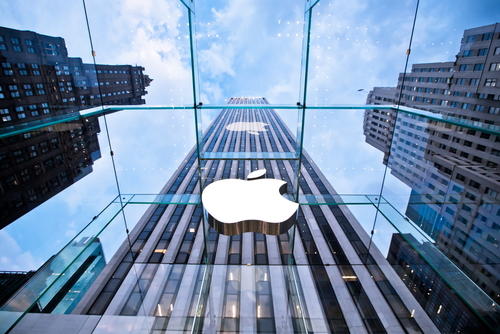 A US jury re-assessing the damages in a billion dollar patent infringement case has said Samsung must pay a further $290 million to Apple, slashing more than $100 million from a previous ruling.

The verdict comes after US District Judge Lucy Koh vacated $450 million in damages from a ruling in August last year, which initially said Samsung owed its California-based rival $1.05 billion.

But Judge Koh said the jury had not adequately calculated a portion of the damages and that the only way to sufficiently determine the correct amount would be through a re-trial.

The re-trial, which started last week at the US District Court for the Northern District of California, is the latest in a long line of disputes between the smartphone makers.

However, a spokesman for Apple told WIPR the case had "always been about more than patents and money.”

“It has been about innovation and the hard work that goes into inventing products that people love. While it's impossible to put a price tag on those values, we are grateful to the jury for showing Samsung that copying has a cost," the Silicon Valley-based company said.

“To reach this verdict, the jury must have concluded that, for the products found to be infringing, there is a competition between just these two companies,” said Michael Oblon, partner at Perkins Coie, in Washington, DC.

“There are a number of additional companies that aggressively market strikingly similar products in the smartphone and tablet market.

“It is interesting that Samsung could not convince the jury that other companies (aside from Apple) would have had significantly increased sales if Samsung had not sold these infringing products to customers,” Oblon added.

Initially, Apple had sought $2.5bn in damages from the South Korean-based company and claimed it should be entitled to $379 million in the re-trial.

According to Bruce Abramson, patent attorney at Rimon PC in New York, there was “nothing terribly surprising” in the ruling.

“After the $400 million was vacated there was a pretty safe bet that Apple would come back and say it was entitled to a figure there or there abouts,” Abramson told WIPR.

During the jury’s deliberations, Samsung attempted to stay the case, after it was revealed the US Patent and Trademark Office had questioned the validity of one of the six patents Apple had asserted against it.

The patent, number 7,844,915, also known as "pinch to zoom," is currently valid but the USPTO said there remained questions over its claims, which Apple will be required to prove.

“Samsung’s requests for a stay were entirely reasonable on the grounds that it could be seen as infringement of a smaller portfolio,” said Abramson.

“Samsung has two choices now. It can either send Apple a billion dollars, or appeal, which would cost few hundred thousand dollars.”

A Samsung spokesman said it was “disappointed” by the decision, adding that it was based in a large part on a patent that the US Patent and Trademark Office had recently deemed “invalid.”

“While we move forward with our post-trial motions and appeals, we will continue to innovate with ground breaking technologies and great products that are loved by our many customers all around the world,” it said.

Abramson added: “These are two leading manufacturers in a highly competitive industry which are jostling for position.

“Both companies have very large patent portfolios and are both the front runners in the market.

"With the size of their respective portfolios, there is pretty safe bet that each will be alleged to infringe the other at some point. I expect these battles to keep going on as long as both companies keep making products.”