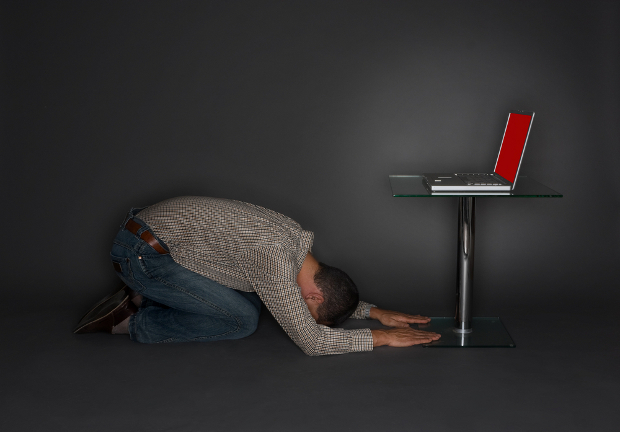 Internet activists in Russia are looking to the heavens in a bid to stall the country’s new anti-piracy law.

Activists from five regions have applied to form their own church and will claim the new laws are offensive to its key beliefs.

The church, called ‘Kopimizma,’ will need to be fully ratified by Russian authorities, a move which could take years.

However, according to the The 1709 Blog as soon as official documents have been filed to begin the process, an official complaint against the new legislation will be made to the government.

Eugene Arievich, partner at Baker & McKenzie LLP in Moscow, dismissed the idea and said he doubted whether it would lead anywhere.

“Even if such a church is founded it does not mean that its members will be free to violate the existing law,” he said.

“While the Russian Constitution proclaims the freedom of religious belief, believing and acting in violation of the law are different things.”

The new anti-piracy laws, which were signed off last month, officially entered into force on August 1 and primarily concern the movie and TV industry.

Rights holders now have the power to seek help from the courts if they suspect their IP is being infringed.

Courts will also be able to order a website to be removed without having determined if it is acting illegally. If a website fails to comply, it could be blacklisted.

“I doubt though that such church will be allowed formal registration as a non-commercial organisation since it will need to have a charter which will most likely contain goals and activities inconsistent with the anti-piracy law,” Arievich added.

This is not the first time a pro-piracy religion has been set-up; in 2012 Sweden’s Church of Kopimism, which claims file sharing to be a sacred virtue was formally recognised.

In April last year, a Romanian woman and an Italian man became the first couple to be married in the religion’s name.

The name Kopimizma is based on a copyright alternative proposed by Swedish organisation Piratbyran.