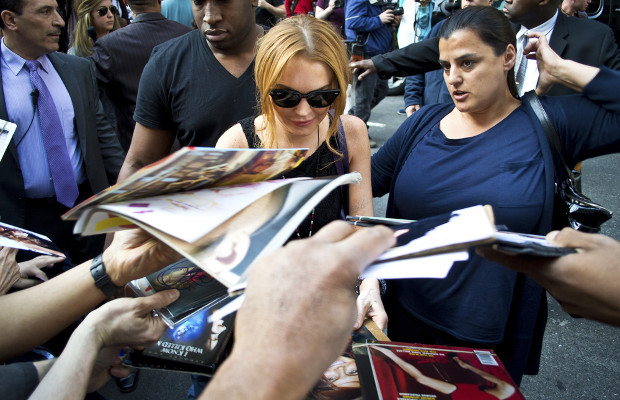 Actor Lindsay Lohan has lost an image rights dispute with the makers of the “Grand Theft Auto” video games.

In March this year, WIPR reported that Lohan had won the first round in her dispute with Take-Two at the Supreme Court of the State of New York.

She first filed her complaint on July 1, 2014, and alleged that her image was also used to promote the game in June 2013, three months before it was released.

Take-Two countered that the game is a work of art and therefore exempt from restrictions under civil rights law.

It had sought a dismissal of Lohan’s claim that the character Lacey Jonas, who appears in “Grand Theft Auto V”, is an unauthorised portrayal of the actor.

Jonas appears in one of the game’s missions where players have to help her escape from the paparazzi.

Lohan, citing sections 50 and 51 of the New York Civil Rights Law, claimed that the use of the character is a violation of her image rights.

The law prohibits the use of an individual’s name or image for trade purposes without obtaining consent.

Take-Two added that Lohan’s complaint was time-barred because the lawsuit was filed more than a year after the first images of her alleged likeness were used. It asked the court to dismiss the case before trial.

The publisher also called for sanctions against Lohan for her alleged misuse of the legal system.

Take-Two pointed to Lohan’s previous failed attempt to find that a lyric used in a song by musician Pitbull violated her publicity right as an example of the actor’s record of filing abusive litigation.

Judge Joan Kenney said that a trial was needed to determine if Lohan’s complaint is time-barred.

On September 1, the Appellate Division Courthouse of New York State, First Department ruled that the suit should be dismissed.

“Finally, Lohan argues that defendants used her portraits and voice impersonation in a character that is introduced to the player in a ‘side mission’.”

But the panel said the claims failed because Take-Two did not use her “name, portrait or picture”.

“This video game’s unique story, characters, dialogue, and environment, combined with the player’s ability to choose how to proceed in the game, render it a work of fiction and satire.”

The panel added that Lohan’s claim that her image was used in advertising materials should be dismissed as the images were not of Lohan herself but rather the avatar in the game.