Influential Women in IP: how to break through the ‘glass wall’ 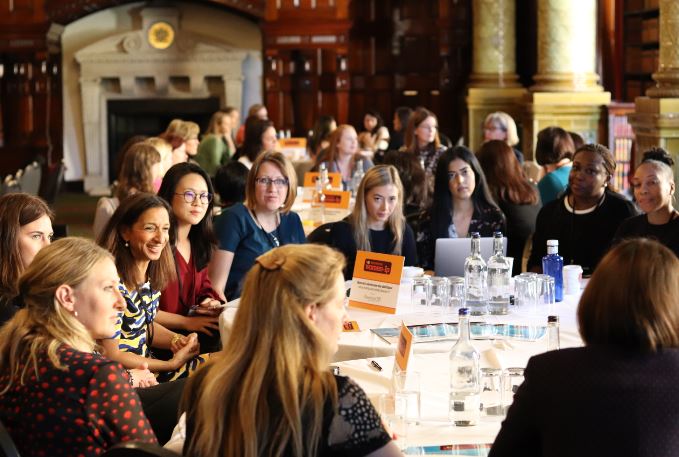 Maintaining a work-life balance while still getting recognition for professional achievements is a challenge for many women working in IP, but as discussed yesterday, September 12 at WIPR’s Influential Women in IP conference in London, there are ways to manage this problem.

In May, the International Labour Organization (ILO) released a study which surveyed 13,000 companies from 70 countries on gender diversity.

The ILO defined a “gender-diverse” workplace as being one where women make up 30% of the workforce. Of the companies it surveyed, it found that 60% of them did not achieve this statistic.

Additionally, it found that even in those companies where women did make up a third of employees, senior positions were dominated by men.

There were two main reasons for this. The first was that men are seen as being more available, with fewer responsibilities outside of work. The second issue was what the survey termed the “glass wall”.

This means that women are more likely to reach management level positions in administrative or HR roles than in strategic leadership positions such as board members or CEOs.

Of those companies surveyed, 1 in 8 had entirely male boards.

MaryAnne Armstrong, a partner Birch Stewart Kolasch & Birch, who moderated the session, said that one of the most recurring issues for women is imposter syndrome: “no matter how much you achieve you’re convinced that you’re either faking it or you don’t deserve it”.

Pippa Hall, chief economist at the UK Intellectual Property Office, said she counters any feeling of imposter syndrome by “recognising her own value”.

She noted that women are often not as comfortable talking about their achievements as their male colleagues.

Hall said: “It goes back to recognising what you have to bring to the table, and having the confidence to be yourself. For example, as women we tend to have strong emotional intelligence and that is something we can use to our advantage.”

Heather Newton, a senior associate at Herbert Smith Freehills, who works part time, said that when she first returned to work after having her first child, she was told that her job could not be done flexibly.

After two years, Newton managed to persuade her employer into piloting a flexible working programme which would be reviewed after a short time.

“Actually, they never reviewed it, because we proved very quickly that it could work,” she said.

Now, 50 of the associates in the firm’s IP group are working four-day weeks, and not only the women, she added.

Another factor which came up as contributing to inequality within the IP profession is the perceived lack of 100% availability of women.

She also said she doesn’t let her shorter week affect her in this aspect.

“In fact, very few men are available 100% of the time. It’s about getting yourself into the mindset of saying ‘this is when I am available’, and not having to give a reason for that.”

“It’s about when you are available, and the job you do while you’re there,” she said.

Armstrong said one of the issues that has an impact on women more than men in the IP profession is the requirement to be anywhere at any time.

“But, how do you maintain recognition for your work and qualifications, yet not fall victim to sacrificing your entire existence for the purpose of your job?” Armstrong asks.

In Armstrong’s view, this affects women more than men as responsibilities surrounding children “tend to fall more on women”.

Newton said one way she juggles both aspects is by “picking the right events to be visible at” during work.

“Make sure you are at key meetings or key conferences. If they are at a time that you are not available, then be vocal about your company making it at a time when you are, because you have something to contribute.

“You need to make sure you aren’t left out of important conversations,” she said.

Maria Anassutzi, lead European IP counsel at Canon Europe added that when making yourself visible at these key meetings and conferences, “you need to be able to have something to say”.

“You need to know beforehand what you want to achieve, and what your target is. And part of that is knowing who you are going to speak to,” she said.