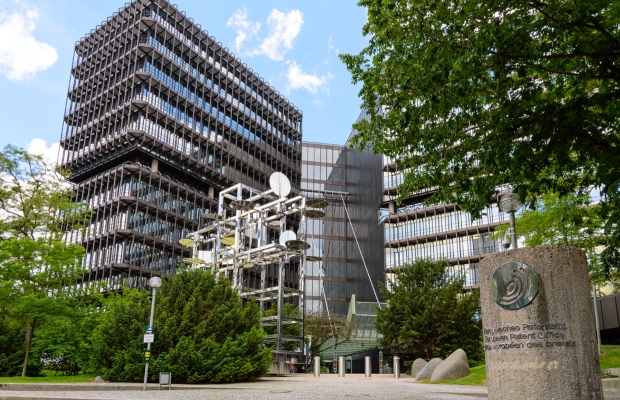 Computer-implemented simulations are patentable but the applicant must show that the invention addresses a technical issue, the European Patent Office has determined.

UK-based Bentley Systems applied for a patent for a computer-implemented simulation of the movement of a pedestrian crowd through an environment such as a building.

The EPO’s examining division refused the application on the grounds that the invention lacked an inventive step, arguing that the simulation failed “to contribute to the technical character of the invention”.

When Bentley Systems appealed, the EPO’s technical board of appeal referred questions on the patentability of computer-implemented simulations to the enlarged board of appeal.

According to Myles Jelf, partner at Bristows, the decision has been eagerly awaited by the IP world. “Questions had been sent up to the EPO’s highest level because of potentially inconsistent appeal decisions on the question of whether a computerised simulation of a real-world activity could benefit from patent protection,” he explained. “It is well established that computer programmes themselves cannot be patented unless they are part of a technical process achieving some technical benefit beyond the lines of code themselves.”

The issue at stake here, he explained, was how to treat a computer simulation of a real world process according to that approach. “The modelling itself could be said to be a highly technical process, but conversely, the process being modelled is not itself technical or novel, so how can simulating that be a new technical invention?”

This week, the board concluded that existing case law applied to computer-implemented simulations.

Pawel Piotrowicz, a partner at Venner Shipley who represented Bentley Systems at the EPO, told WIPR that the decision confirmed that the approach set out under T 641/00 (COMVIK).

The board held that such computer invented simulations must be assessed “according to the same criteria as any other computer-implemented invention, including with regard to the question whether a claimed feature contributes to the invention's technical character”.

“There will be no special treatment for computer-implemented simulations at the EPO,” said Piotrowicz. “It does not matter whether or not the simulated system is technical. What matters, however, is whether the simulation contributes to solving a technical problem.”

In taking this position, the board has deviated from an earlier case T1227/05 (Circuit simulation I/Infineon Technologies), which held that “the simulation of a physical system defined by a claim is itself a technical purpose”, according to Marks & Clerk senior associate Lara Sibley and partner Tim Watkin.

In this case, they explained, the board of appeal stated: “Calculated numerical data reflecting the physical behaviour of a system modelled in a computer usually cannot establish the technical character of the invention. Only in exceptional cases may such calculated effects be considered implied technical effects....”

Chris de Mauny, senior associate at Bird & Bird, held that in refusing to apply a different test to one sub-category of CIIs, “the decision has implications for other sub-categories of CIIs such as artificial intelligence (AI), which, presumably, will also not be subject to any special approach”.

Susan Keston, a patent attorney and leader of HGF’s applied AI technology group also believed that the decision will have “far-reaching implications”, given the increasingly important role played by AI simulations in areas such as drug discovery, medical diagnosis, image and speech processing and telecommunications resource management.

“Any numerical simulation that contributes to the solution of a technical problem, even one that takes into account non-technical aspects such as human behaviour, eg, via game theory models, may be patentable and no particular group of simulations should be discriminated against with regard to patentability,” she said.

“Indeed no CIIs of any category (even beyond simulations) can be a priori excluded from patent protection. There was a strong emphasis on keeping the definition of technical open and examining simulation inventions on a case-by-case basis.”

A positive and negative decision

The decision is likely to have implications for the assessment of technicality and the concept of inventive step across the “whole field” of CIIs, agreed Andrew White, partner at Mathys & Squire.

For a computer-implemented simulation to be patentable, it has to provide a further technical use that has an impact on physical reality, with such further use having to be at least implicitly specified in the claim, explained White.

“The mere fact that a simulation is based on technical principles underlying the simulated system is not enough to confer patentability.”

Noted White: “In the enlarged board’s view most computer-implemented simulations are unlikely to be patentable as ‘most simulations as such’ may have few technical effects as far as input and output are concerned, unless the intended technical purpose of the simulation giving rise to the alleged technical effect is at least implied in the claims.”

This, he contended, potentially narrows the scope of patentability of such computer-implemented simulations in the future.

“The enlarged board of appeal has not given much room for expanding the bounds of what is patentable,” echoed David Pearce, partner at Barker Bretell.

But he noted that while this application will be refused for lack of inventive step, the board did suggest that one way to make simulations sufficiently technical would be to show an increased accuracy in representing reality.

“The most interesting part is that the enlarged board stated that whether a simulation contributes to the technical character of the invention does not depend on the quality of the model or the degree to which the simulation represents reality,” he said.

Instead, the board held that the accuracy of a simulation “is a factor that may have an influence on a technical effect going beyond the simulation's implementation and may therefore be taken into consideration in the assessment under Article 56 EPC”, explained Pearce.

According to Pearce, this stance coupled with the board’s comment that a simulation “needs to represent a physical reality that can be controlled (excluding weather forecasting)”, suggested a possible approach for drafting applications relating to simulations, which could stand applicants in better stead of achieving a patent.

Christof Karl, attorney-at-law at Bardehle Pagenberg, took an even more positive view of the decision’s potential, arguing that “against the worries of many patent practitioners”, the decision leaves the door open for patenting computer simulations.

“Although the enlarged board of appeal refused to provide clear guidance and reiterated that the general rules for assessing CIIs also apply in this field, we welcome some of the more applicant-friendly aspects in the decision,” he said.