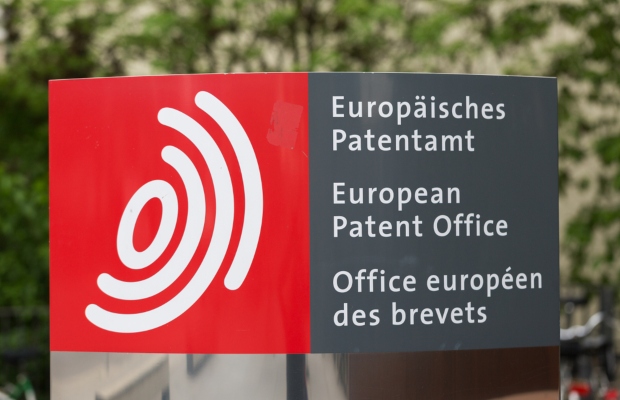 Hearings before the European Patent Office (EPO) will continue to be held by video conference even without the consent of all affected parties while a review into the legality of this approach is pending.

The EPO confirmed the decision of its president António Campinos in a notice released yesterday, March 24.

In April 2020, the EPO created a pilot project allowing oral proceedings in opposition cases to be carried out exclusively by videoconference to avoid a growing backlog of cases during COVID-19. Before the pandemic, video hearings were granted only under “exceptional circumstances”.

In November, the EPO announced that videoconferenced oral proceedings before opposition divisions would become mandatory, and not require the consent of all affected parties, and  confirmed a month later that its boards of appeal could also adopt the same approach.

According to a report released by the office in November, “Opposition oral proceedings by videoconference in the context of COVID-19”, the uptake rate of video conferencing remained low during the pilot because the consent requirement “acted as too strong a limitation”.

The EPO’s decision drew criticism from the European Litigators Association (EPLIT), which held that this approach could impair applicants’ right to be heard.

During an EPO board of appeal patent dispute hearing on February 8, the opponent, Rohde & Schwarz, put forward the question of “whether an oral hearing under article 116 EPO can be replaced by a videoconference if the parties do not agree to it”.

This led to a referral of a question concerning the legality of holding hearings by video conference without the explicit approval of all parties to the EPO’s Enlarged Board of Appeal (EBA).

The EBA decides on points of law of fundamental importance raised by a board of appeal or by the EPO president.

While Rohde withdrew its referral request on March 8, an EPO technical board of appeal confirmed four days later that it had determined to continue with the referral.

The referral concerns appeal proceedings, but also extends to oral proceedings by video conference before examining and opposition divisions, and will be reviewed by the EBA on May 28.

The decision to review the legality of mandatory hearings by video conference prompted concerns from patent attorneys that there would be further delays to pending cases if proceedings were suspended until the EBA had handed down its decision.

Commenting on the EPO’s decision this week, Bardehle Pagenberg partner Tobias Kaufmann said: “At this stage, it is the right decision to continue with hearings by video conference for examination and opposition proceedings. While the question of general legality is before the EBA, the EPO‘s communication correctly refers to the situation created by the pandemic, and without hearings by video conference, the system would be blocked.”

President Alicia Instone said: “We continue to argue that video conference hearings enhance access to justice through the added benefits of efficiency, reduced costs, reduced environmental impact and the inclusion of all available talent regardless of location and ability to travel. We welcome this decision, which will provide clarity for applicants and their representatives while we await the verdict of the EBA.”

According to the EPO, several hundred oral proceedings take place each month in EPO examination and opposition proceedings.

In its notice, the EPO said: "Following a careful weighing up of the impact for legal certainty and access to justice, the president of the EPO has decided that during pendency of the referral oral proceedings before examining and opposition divisions will continue to be held by video conference as under current practice, ie, without requiring explicit agreement of the parties.”

The office added that the coronavirus pandemic had exerted a significant negative impact on legal certainty for parties. “Against this background, avoiding a further delay in access to justice is a priority,” the notice said.

Arguments against the EPO’s stance

But the EPO’s position continues to prompt concerns among many patent practitioners. According to a survey conducted by the EPLIT in late 2020, 75% of members oppose the possibility of boards of appeal being able to determine, against the will of a party, that oral proceedings should take place in the form of a videoconference. Only 7% believed that the hearings should continue to be mandated, without the consent of all parties.

“While the option of videoconferencing is welcome, a party should always have the right to attend the oral hearing in person. This also applies if the other party has decided to participate in the hearing by videoconference,” said Leythem Wall, EPLIT’s president and a partner at HGF’s office in The Hague.

Commenting on the EPO’s decision this week, he said: “Whether or not people agree with the decision of the EPO president, and despite the continued debate over legality of enforced proceedings by video conferencing, parties now have clarity in the meantime over their examination and opposition hearings in that they will continue by videoconference at least until a decision is handed down by the EBA.”

Italian law firm Bugnion, has also opposed the EPO’s position, arguing the legal proceedings by video conference should have been postponed while the EBA’s decision was pending.

Bugnion’s senior patent consultant Alessandro Cossu said: “The decision by the EPO president did not take users of the European patent system by surprise. There is a clear perception that the office intends to steamroll oral proceedings by videoconference, no matter what the users think of these measures.”

He further argued that given the EBA’s review was barely two months away, that “a stay of the proceedings would have not caused any unbearable delay to the administration of justice”.

"While access to justice is certainly important, the legality of the current practice at the EPO is the overriding factor that should have been given priority, particularly in view of the widespread criticism levelled by many users,” he said.

In its notice, the office confirmed that it is awaiting the decision of the EBA and will immediately implement these findings concerning the conduct of oral proceedings before examining and opposition divisions.

According to Steve Howe, partner at Reddie & Grose, this pending decision is likely to apply to all oral proceedings at the EPO. “It is interesting that the question referred to the EBA does not distinguish between an inter parte and ex parte proceeding, or between those before the boards of appeal and those at first instance. The notice from the EPO appears to confirm that the decision of the EBAB will apply to all oral proceedings,” he said.

Commenting on this week's decision, an EPO spokesperson told WIPR: "The EPO has taken this decision with the interest of its users in mind, and only after having carefully weighed up the impact for legal certainty and access to justice. The conduct of oral proceedings by video conference in examination and opposition was introduced in order to ensure the functioning of the EPO in the context of COVID-19."

She added: "In 2020, before the introduction of video conferenced oral proceedings by default, the coronavirus pandemic had led to a large backlog of pending cases, which had a significant negative impact on legal certainty for parties and the public since almost none of the scheduled oral proceedings could take place in examination and opposition."