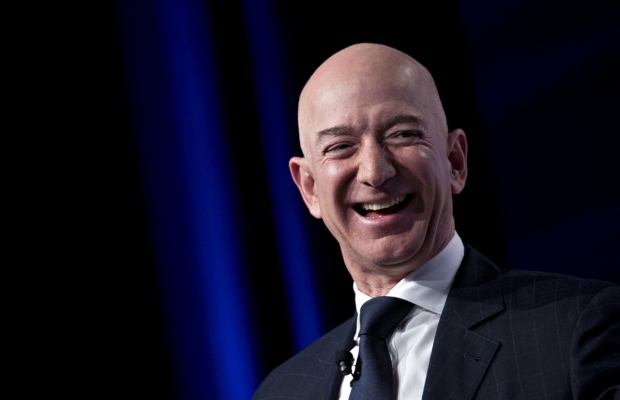 The Bezos Family Foundation, a non-profit organisation run by the family of Amazon.com founder and CEO Jeff Bezos, has lost its appeal against a trademark invalidation at the EU General Court.

The tenth chamber of the court delivered the judgment yesterday, February 24, affirming an earlier decision by the European Intellectual Property Office (EUIPO) and its boards of appeal. In doing so, it upheld the opposition of SNCF Mobilités, France's national state-owned railway company.

The dispute arose in December 2017, after the foundation filed an application for the registration of the word sign ‘Vroom’ as an EU trademark with the European Union Intellectual Property Office (EUIPO).

The mark covered classes of computer software, specifically “a mobile application for providing information and learning and educational activities and games in the field of early child development and early childhood education”.

In April 2019, the opposition division upheld the opposition and rejected the application for registration, after which the foundation filed an appeal with the EUIPO.

But the decision was again upheld in November 2019 by the EUIPO’s fifth board of appeal, which found that there was a likelihood of consumer confusion if the foundation’s mark was authorised.

The foundation complained that the board of appeal should not have found a likelihood of confusion because its intended audience had a high degree of attentiveness, and the goods produced by both organisations are aimed at separate parts of the public.

It also urged the court to uphold its appeal because the goods and marks were dissimilar, the earlier mark had weak distinctive character, and the applicant and SNCF Mobilités were not competitors.

The foundation further claimed that the “computer software” and “mobile applications” designated by the earlier mark are for “consumers wishing to use a transport and car-sharing application”. Conversely, the goods covered by the mark applied for targeted parents willing to ‘to boost the development of their children’s education’, it said. Given that the applicant is a non-profit organisation, these parents are “not part of the general public”, the foundation argued. However, the court disagreed, dismissing the foundation’s assessment that the board of appeal’s definition of “the relevant public” was incorrect.

It also argued that the relevant public pays particular attention to the element ‘pop’ of the earlier mark, which distinguishes that mark from the mark applied for. With regards to conceptual similarity, the foundation held that the element ‘pop’ of the earlier mark is an onomatopoeic expression and both that element and the onomatopoeic expression ‘vroom’ of that mark refer, for the relevant public, to an engine sound.

The mark applied for has a higher distinctive character than the earlier mark, with the result that the conceptual difference between those marks is “very high”, it said.

However, the court found that “irrespective of the fact that the onomatopoeic expression ‘vroom’ is not the first part of the earlier mark, the mark applied for is included entirely in the earlier mark” and that the marks were liable to create both a strong visual and phonetic similarity.

It added that while “the relevant public normally attaches more importance to the first part of words, it noted that this does not apply in all cases nor call into question the principle “that the examination of the similarity of trademarks must take into account the overall impression produced by them”.

The court affirmed the board’s finding that the marks at issue had an average degree of visual and phonetic similarity.

The court also ruled against the foundation’s claim that because it was not a competitor of SNCF Mobilités, its mark would not infringe. The court stated that “it should be borne in mind that once a mark has been registered, its proprietor has the right to use it as he or she sees fit ... it is necessary to ascertain whether there is a likelihood of confusion in all the circumstances in which the marks at issue might be used”.

The court dismissed the action and ordered the foundation pay costs.