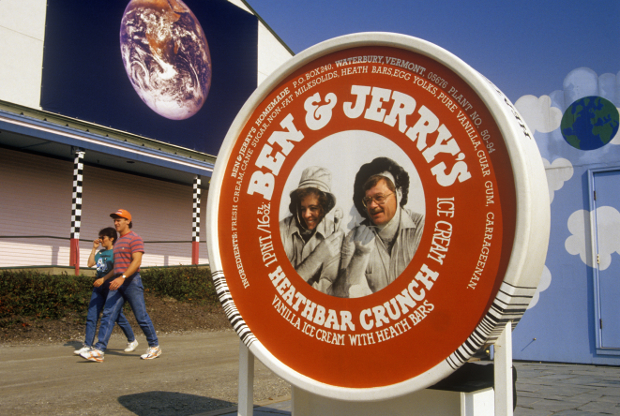 A US pornography company has agreed to stop marketing films with titles similar to trademarks belonging to ice-cream producer Ben & Jerry’s.

California-based Cabellero Video has reached an agreement with the ice-cream company following a lawsuit which began in September 2012.

Ben & Jerry’s, famed for its range of ice-cream flavours, including Chocolate Fudge Brownie and Peanut Butter Me Up, had claimed that the DVD producer had marketed films whose titles were too closely linked to its products.

Judge Lewis Kaplan approved the consent judgment between the parties, which ensures no further DVDs will be marketed, at the US District Court for the Southern District of New York on July 29.

According to William M Borchard, partner in the IP group at Cowan, Liebowitz & Latman, P.C in New York, Cabellero had “overstepped the boundaries of good clean fun” and “besmirched” the image of Ben and Jerry’s.

“They went way too far over the line, and seemingly went out of their way to make the association with Ben & Jerry’s products,” he said.

Making reference to the Trademark Dilution Revision Act and a case involving underwear store Victoria’s Secret, Borchard added: “There was a famous case (Moseley v V Secret Catalogue) in which Victoria’s Secret sued an individual who wanted to set-up his own underwear and gift store called Victor’s Secret.

“Previously, under anti-dilution law you needed to prove that the use of the mark would cause actual harm. However, that was later changed by US Congress in 2006 to a likelihood of harm. Consequentially, an initial ruling against Victoria’s Secret was later overturned meaning it was able to go to a re-trial and successfully claim trademark dilution,” said Borchard.

“If somebody is using your famous a trademark in a commercial context and in a way that tarnishes your mark’s reputation, even if no likelihood of confusion would come of it, you can be successful in litigation,” he added.

Cabellero, which had temporarily suspended the DVD line pending the case’s outcome, did not respond to a request to comment.