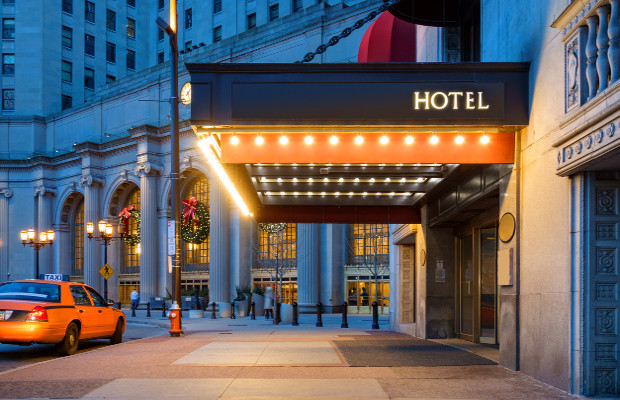 There is a ray of hope for trademark owners with registrations covering hotel services without a ‘bricks and mortar’ hotel in Canada. Meghan Dillon of Bereskin & Parr reports.

The recent trend had been that trademarks covering “hotel services” could not be maintained in summary non-use cancellation proceedings, without a bricks and mortar hotel. However, the Federal Court’s decision in Hilton Worldwide Holding v Miller Thomson (2018) has bucked the trend, reversing the Registrar’s decision to expunge the registration for Hilton’s world-famous trademark ‘Waldorf-Astoria’ for “hotel services” because it did not have a hotel in Canada.

There are dozens of Waldorf-Astoria hotels worldwide, but none in Canada. In response to a section 45 summary cancellation notice, Hilton filed evidence of use of the ‘Waldorf-Astoria’ mark in Canada, but the Registrar considered Hilton’s evidence insufficient to show use of the mark with “hotel services”, stating that, unlike retail store services, “a hotel cannot be operated via the internet or a telephone number; it is contrary to common sense to equate the ability to make hotel reservations … with the operation of a hotel”.

The Registrar relied on Stikeman Elliott v Millennium & Copthorne International (2017), involving marks related to a Singapore hotel. The hotel website’s reservation platform, accessed by customers in Canada, was sufficient to maintain the registrations for “reservation services”, but with no bricks and mortar hotel in Canada, the registrations were expunged for “hotel services”, despite “ancillary” services to customers in Canada.

In Hilton, the Registrar followed those hotel cases, expunging the ‘Waldorf-Astoria’ registration, holding that if someone says they offer “hotel services” in Canada, “the average consumer is expecting a hotel. If the customer has to leave Canada to actually enjoy the service, this is not ‘hotel services’”.

The hotel cases starkly contrast with recent cases dealing with “retail store services”. For example, in TSA Stores v Registrar of Trade-marks (2011), retailer TSA’s Canadian stores had closed before the relevant period. Although TSA showed no sales or e-commerce capability in Canada, the Federal Court held its website was “of benefit to Canadians” and equated to use with “retail store services” because it offered “Shoe Finder”, “Help Me Choose Gear”, and “Store Locator” services (to find stores in the US).

On appeal, Hilton sought to distinguish the hotel cases, arguing they: were Opposition Board decisions; did not address the type of evidence before the Registrar (including an industry-specific definition of hotel services and the number of pre-paid room reservations); and were inconsistent with the TSA case in terms of how they defined “services”.

The judge held the standard of review to be correctness for the new evidence but reasonableness for the existing evidence, and found the Registrar had erred unreasonably by:

Failing to follow binding authority regarding the scope of services as including primary, incidental and ancillary services (eg, the TSA case).

Failing to examine the benefits received by people in Canada in association with the delivery of “hotel services” (including pre-payment of rooms in exchange for discounted rates and points towards hotel stays).

Failing to consider Hilton’s evidence on the ordinary understanding of the term “hotel services” in the hotel industry, namely that it “includes reservation services, booking and payment services, and access to hotel rooms”.

Interpreting a 1988 registration based on the current version of the Goods and Services Manual.

This decision seemingly brings the hotel cases in line with the retail store services cases. However, we may not have heard the end of this, as the decision has been appealed to the Federal Court of Appeal.

Meghan Dillon is a partner at Bereskin & Parr LLP. She can be contacted at: mdillon@bereskinparr.com