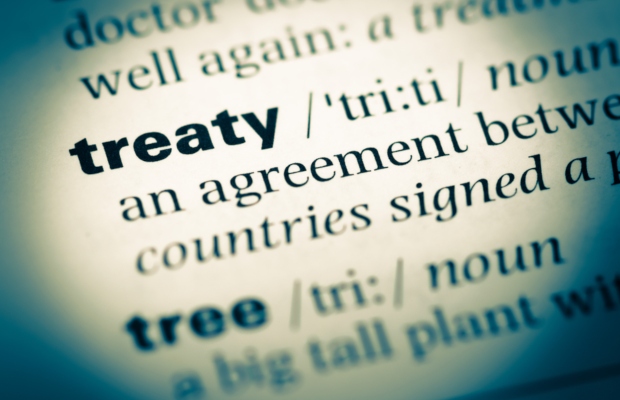 A newly formed company, Startup Co, is the owner of what the firm believes to be a wonderful invention that may disrupt a decades-old industry.

Nine months ago, with the help of a patent agent, the firm prepared and filed a US provisional patent application covering the invention. They barely have enough money to complete a working prototype of their invention, so separately filing a new non-provisional patent application and filing in foreign countries is financially out of reach for them.

They also understand that in order to enjoy the effective filing date of their provisional application, they must do a foreign filing by that same anniversary date. Having been told that there is no such thing as a “world patent”, whereby an inventor can with a single filing protect his invention throughout the world, they worry that they face losing foreign protection.

Wouldn’t it be wonderful if an inventor could with a single international filing simultaneously seek protection for an invention in most countries of the world? In fact there is such a procedure under what is called the Patent Cooperation Treaty (PCT).

Concluded in 1970 and effective January 24, 1978, the PCT is an international patent law treaty that provides a unified procedure for filing patent applications that protect inventions in more than 150 contracting states.

"The mandated PCT international search report enables the applicant to decide whether it would be worthwhile to seek national protection."

Patent applications filed under the PCT are called “international applications” or “PCT applications”. A single filing of a PCT application is made with a receiving office in a single language, for example English or French. It then undergoes a search that is performed by an international searching authority—a preliminary examination that evaluates the patentability of the invention.

The PCT application, which establishes a filing date in all contracting states, is followed up with the step of entering a national or regional phase, wherein the application may be granted or rejected according to the applicable law of each jurisdiction in which a patent is desired.

The PCT procedure provides inventors with an option under which to delay costly outlays by filing a single international application relatively inexpensively, and at a later time identifying and pursuing the more costly desired national patent applications.

Much like an ordinary US patentability search report, the mandated PCT international search report enables the applicant to decide whether it would be worthwhile to seek national protection, and if so, in how many countries.

Pursuit of such national protection carries fees and other expenses, including possible translation costs, which normally must be paid to enter the national phase in each country.

Another advantage of filing a PCT application is that many national patent authorities will rely upon the international search report (although the PCT does not oblige them to do so) instead of performing a prior art search themselves. Applicants may thus be able to save search fees.

The PCT application is published 18 months following its filing date in one of ten languages by the World Intellectual Property Organization’s International Bureau, based in Geneva, Switzerland.

These languages include Arabic, Chinese, English, French, German, Japanese, Korean, Portuguese, Russian, and Spanish. From that date of publication of the PCT application until 28 months after its priority date, any third party may file observations regarding the novelty and inventive step(s) of the underlying invention. Such observations may be submitted anonymously without fee.

Millions of PCT applications under this economically favourable procedure have been filed, providing a valuable opportunity for international patent protection.

Paul J. Sutton is founding partner of IP boutique law firm Sutton Magidoff and is adjunct professor at NYU’s Tandon School of Engineering. He can be contacted at: paul@suttonmagidoff.com