Ukraine’s patents: from past to present 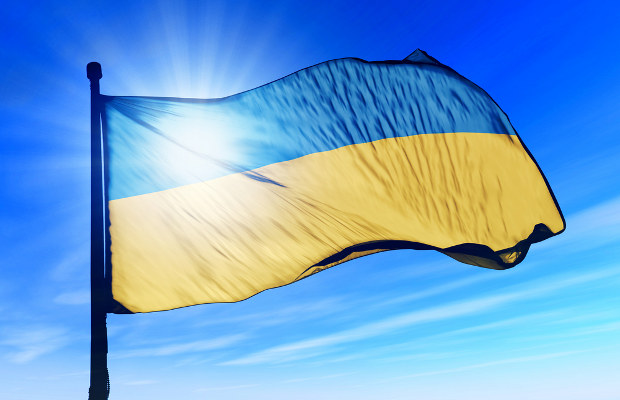 With a history of invention and a skilled workforce, Ukraine is primed to rebound once the war is over, say Vítor Sérgio Moreira and Anna Shcherbyna of Inventa.

The first patent system in the Russian Empire was established by Czar Alexander I in 1812, through the publication of the “Manifesto on the Privileges for Various Inventions and Discoveries in Crafts and Arts”.

However, after the October Revolution of 1917, the entire legal system collapsed over a vast territory from the Carpathians to the Pacific Ocean. Landowners, industrialists, craftsmen, and peasants in the hinterland felt especially affected and feared threats to their property.

Meanwhile, the Ukrainian People's Republic (UPR) proclaimed its independence in 1918. That year its Ministry of Trade and Industry established the Technical Department of the Inventions. This institution registered the first patents of the Ukrainian State, which acted based on the old legislation of the Russian Empire.

In order to file a patent application for an invention, the inventors had to write a specification according to the established sample (the form was issued by the Ministry); pay stamp duty in the amount of 31-34 rubles (at that time quite an affordable amount even for a small craftsman); provide two types of clearly defined drawings of their invention on special paper, if applicable; and a detailed description of the technology.

The issuance of a registration certificate could take a couple of months, and during this time the owner of the invention used a certificate of protection, which allowed them to advertise the invention and conduct its testing, public demonstration and even sale.

The final verdict on the meeting of the patentability criteria by the invention was made by an Expert Committee, which included representatives of other ministries, because the inventions could relate to specific industries, such as the military.

The already granted patent gave the right to use, distribute and even alienate the property from those who illegally use the invention.

The patent protected the rights for 15 years and, interestingly, forced its owner to implement and improve exclusively on the territory of the former Russian Empire. This obviously demonstrated that the Ukrainian government saw the Ukrainian state as a partial heir of the Empire and tried to bind inventions on its territory to Ukraine, increasing the potential of its economy.

And it worked. In 1918, whole trains of Russian refugees of industrialists, aristocrats, journalists, actors and entrepreneurs poured into a relatively stable Ukraine. Local authorities imposed fees on holders of patents that had been issued by institutions of the Russian Empire.

Curiously, the first registration certificate in the history of UPR went to the Russian city Rostov-on-Don. On June 27, 1918, a Ukrainian patent decorated with a filigree trident was received by Russian entrepreneurs Grunthal and Antoshevsky, who produced a special wooden sole that replaced the use of galoshes and wooden sandals.

Currently, the archives of the Ministry of Trade and Industry in Ukraine contain information on 16 issued patents. The last certificate has the number 69, dated September 26, 1918. Therefore, it is clear that a significant part of the patent documentation has been lost.

Mostly, the patents of the UPR concerned domestic needs such as the manufacture of footwear from industrial waste, and electric heating devices. But there are also examples of other industrial inventions—methods of manufacturing babits (special alloys that can withstand the friction of the railway), an oil-operated engine and even a hydraulic bicycle. Patent applications to the Department of Inventions were by several kinds of inventors—for example, engineers, merchants and even students.

However, the UPR did not resist, and its government was forced into exile as the Bolsheviks took Kyiv. But the UPR leadership dreamed of a new liberation campaign. On June 4, 1920, the head of the Department of Inventions Zenon Hornytskyi wrote a memorandum to the Ministry wherein he compared “patent cases in some countries” and criticised the new Russian patent system.

Zenon Gornitsky proposed to reformat his department into the whole “Department of Industrial Property Protection”. In his opinion this should “raise the prestige of the State in the eyes of the industrial world and give the Ukrainian patent the necessary shine and respect. (…) A matter that may not seem so important at first glance, in reality (...) may once have an unusual impact on the fate of our young Republic”.

Ukraine, however, was destined to become part of the Union of Soviet Socialist Republics (USSR), which in turn became a member of the Paris Convention (PC) in 1965 and entered in the Patent Cooperation Treaty (PCT) in 1978.

During Soviet rule, there was a patent system in which patent applications were filed and submitted to a substantive examination until the decision of granting or refusal. This regular patent system was mainly applied to non-residents in the USSR, considering that the soviet government stimulated licensing of new technologies to boost the internal industrial structure.

According to data retrieved from PatBase, almost 39,000 patent families were filed and published in the USSR, with a peak of filings in the early 1970s and a decline in filing until the USSR collapsed. The top five assignees were Bayer, Hoechst, Basf, Eli Lilly and Ciba Geigy.

The inventors were encouraged by several incentives such as monetary rewards, receiving better houses from the state or a title of “Distinguished Inventor”, which was highly appreciated in Soviet society. Thus, about 790,000 inventor’s certificates were filed in the USSR in a steady state from the latter 1970s to the latter 1980s.

After the USSR collapsed in 1991, the newly formed sovereign countries continued to be members of the PC and the Patent Cooperation Treaty. The Eurasian Patent Convention, which established the Eurasian Patent Organization (EAPO), was signed in 1994 in Moscow by the heads of the governments of former Soviet republics, including Ukraine.

The EAPO aimed for the formation of a strong unified regional Patent Office. Nevertheless, Ukraine has not ratified the Convention so far.

Birth of the Ukrainian IP Institute

After independence, the Ukrainian Intellectual Property Institute (Ukrpatent) adopted a patent system similar to the European system. Though in a transition phase, Ukraine acknowledged the enforcement of former Soviet patents in its territory, to preserve the rights to Ukrainian inventions obtained in Moscow.

The number of patent applications filed before the Ukrpatent suffered several oscillations in the subsequent years, which are related to factors of a political-economic nature. The lowest record was registered in 1998-1999 due to a deep economic crisis that was common to all economies in the post-Soviet space.

Undoubtedly, Ukrainian inventors had something to strive for even before the sad events unleashed on February 24, 2022. And certainly, they are being seriously impacted by the damages of war at present. However, we dare to assume that if this state manages to defend its geographic boundaries, it has every chance of a relatively quick recovery since the most valuable economic resource of Ukraine is—however strange it may sound—people.

In 2018, Ukraine ranked first among 153 countries in the ‘Science and Technology’ category in The Good Country Index ranking, surpassing even the US. In turn, industry leaders such as Oracle, Ring, Siemens, Cisco, Samsung and others had established their R&D facilities in Ukraine. The Ukrainian IT sector had the largest number of IT engineers in central Europe (130,000 engineering graduates and 16,000 IT graduates annually).

Young Ukrainians show an impressive thirst for development and innovation despite high levels of domestic corruption, political and economic instability, and even war. They reveal all the qualities that are so demanded in today's world to achieve success, including in the scientific and technological spheres. For our part, we will follow the events and keep our dear readers informed of the most interesting inventions of this no less interesting European nation.

Vítor Sérgio Moreira is patent manager and trademark and patent attorney at Inventa. He can be contacted at: vmoreira@inventa.com

Anna Shcherbyna is an IP paralegal at Inventa. She can be contacted at: ashcherbyna@inventa.com