The overlap of design and trademark rights 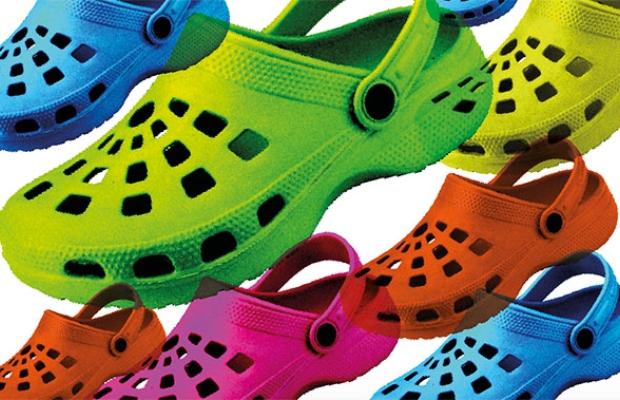 The case of Crocs USA v Aqualite India & Ors (2019 SCC OnLine Del 7409) decided on February 18, 2019 answered a question on the overlap of design and trademark rights that had long vexed rights holders and practitioners.

The Indian Designs Act, like the Indian Patents Act, provides statutory protection for a limited period: registration of designs is for a 15-year period, after which they fall into the public domain. The legislative intent behind a design-specific statute is to spur innovation by providing exclusivity to statutory proprietors, lending an edge over the competition for a limited period.

The statute also encourages competitors to innovate and create novel and original articles that are appealing to consumers. The premise behind trademark laws, on the other hand, is to eliminate the chance of consumer confusion regarding the source of goods/services and to this end, trademark rights can be perpetual.

Further, as a common law country, India not only recognises statutory rights under the Indian Trade Marks Act, 1999, but it recognises the common law relief of passing off. This enables the protection of unregistered trademark rights—specifically, the law on passing off prevents an entity (mis)representing its goods or services as those of another.

Since the concept of passing off exists only in the Indian Trade Marks Act and not the Designs Act, the law on the relief of passing off vis-à-vis a registered design has always been unclear. A five-judge bench of the Delhi High Court in Carlsberg Breweries v Som Distilleries and Breweries (2018 SCC OnLine Del 12912) attempted to clarify the position by stating: “The Designs Act ... specifically exposes a registered design to cancellation when (e) it is not a design as defined under clause (d) of section 2. Section 2 of the Designs Act, defines ‘design’ as … the features of shape, configuration, pattern, ornament or composition of lines or colours applied to any article ... but does not include any trademark as defined in ... the Trade and Merchandise Marks Act, 1958. Therefore, if the registered design per se is used as a trademark, it apparently can be cancelled.”

"Passing off exists in a design only if relief pertains to features other than those registered as a design and shown to be used as a trademark."

Noting that the statutory definition of a design expressly excludes a trademark, the bench opined that therefore, the relief of passing off was excluded for registered designs. Having said that, it explained that if the elements of a design are not restricted to standalone trademark use, but form part of a larger trade dress—trade dress, under Indian trademark laws, is a type of trademark that embodies the overall representation of a product/packaging—a claim of “passing off” qua such broader use would exist.

Even so, the Carlsberg judgment did not go into the legislative intent behind expressly excluding trademarks from the definition of a design. The Delhi High Court did that more recently, in Crocs v Aqualite, while highlighting the concept of “backdoor evergreening”.

Crocs, owner of the ‘Crocs’ footwear clog, initiated litigation against various footwear brands such as Aqualite India (represented by Remfry & Sagar), Relaxo, Bata, Action Shoes, etc, to protect its rights vested under the registered ‘Crocs’ design, as well as common law rights in the said footwear design, by filing separate lawsuits for both causes of actions in India.

"It will be interesting to see how proprietors of new design applications carefully select features over which they wish to secure design registration."

In the design infringement suits, Crocs failed to succeed on account of “prior publication of the design” in question. Thereafter, it argued that the finding of prior publication did not bar it from seeking relief on the ground of passing off.

Dwelling on the concept of backdoor evergreening, it was observed that when a registered design is also protected as a trademark, it would enable a proprietor to enforce its rights in a subject design even after the expiry of design registration for perpetuity—thus defeating the legislative intent of introducing a specific statute on designs law.

The fact that the statute had restricted the duration of a design registration meant that a registered design could not qualify for protection under the common law of passing off. It highlighted the applicability of the “doctrine of election”, under which the proprietor of a design must either choose to protect rights through registration under design law or enforce common law rights under trademark law.

This landmark ruling on the scope of design registration clarifies that passing off exists in a design only if relief pertains to features other than those registered as a design and shown to be used as a trademark.

Further, going forward, it will be interesting to see how proprietors of new design applications carefully select features over which they wish to secure design registration so that they are in a position to claim passing off under common law for the remaining features and trade dress which are not covered under their design application or registration.

Crocs may also choose to appeal this decision—which might open the issue to interpretation again. In that event, it would be interesting to see the views of the appellate court on the subject.

C.A. Brijesh is a partner at Remfry & Sagar. A disputes specialist, he leads the IP litigation practice at the firm, counselling clients on trademark, design and copyright infringement, unfair competition issues and domain name disputes. He can be contacted at: ca.brijesh@remfry.com

Rohan Krishna Seth is an associate at Remfry & Sagar. He advises clients on a broad range of contentious issues including trademark, design and copyright infringement matters, passing off issues and domain name disputes. He can be contacted at: rohan.seth@remfry.com