Spreading the Word About IP 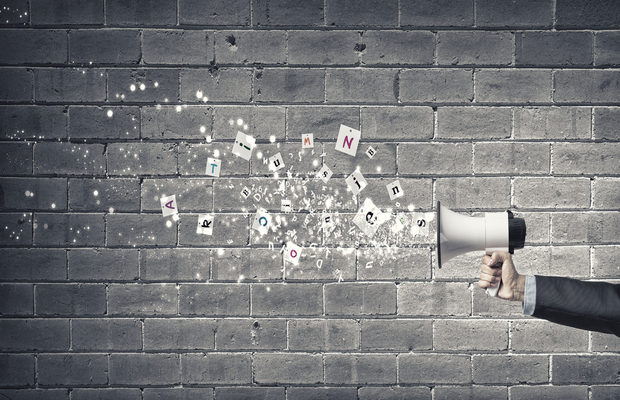 Intellectual property (IP) offices around the world employ a variety of different approaches to making the public aware of the importance of IP, as Sarah Morgan finds out.

Kareem Abdul-Jabbar played in the U.S. National Basketball Association (NBA) for 20 seasons, retiring in 1989. Seven years later, former players, coaches, and others voted him one of the competition’s 50 greatest-ever players. As a registered trademark owner, bestselling author, and businessman with a high profile in a basketball-hungry nation, he seems like a good pick for extolling the virtues of intellectual property (IP) to the public.

It was no surprise then that the U.S. Patent and Trademark Office (USPTO) chose him as the keynote speaker at its 2018 National Trademark Exposition, a biennial event where attendees can learn about the role of trademarks in the economy and society. The family-friendly exposition is the USPTO’s main event for educating the public about the importance of trademarks.

The USPTO also spreads the word through other channels, including a video on counterfeiting that highlights the pervasive harm caused by counterfeit goods. “It shows that counterfeiting reaches into all aspects of our daily lives, threatens our health and safety, and negatively impacts U.S. jobs and the overall economy,” says Mary Boney Denison, Commissioner for Trademarks at the USPTO. The video also includes practical tips on how to spot counterfeit goods and avoid buying them, she adds.

"Counterfeiting reaches into all aspects of our daily lives, threatens our health and safety, and negatively impacts U.S. jobs." Mary Boney Denison

Over in South Africa, the country’s IP Office—the Companies and Intellectual Property Commission (CIPC) at the Department of Trade and Industry—targets its outreach campaigns mainly toward young people and small enterprises, and focuses on products that are harmful and affect public health, explains Amanda Lotheringen, Senior Manager, Intellectual Property Enforcement (Copyright).

Ms. Lotheringen highlights the “Be Your Own, Buy Your Own” campaign, launched in 2016, as one of its most successful. It plays on national conservation efforts surrounding the “Big Five” game animals—the lion, leopard, rhinoceros, and elephant, and Cape buffalo—by identifying five major IP areas of IP in urgent need of awareness raising: music, film, software, gaming, and publishing.

Similar to the USPTO’s use of a basketball star, CIPC’s campaign is a reminder of how IP offices can opt to link to familiar faces or local issues when seeking to educate the public about IP.

In Chile, the Instituto Nacional de Propiedad Industrial (INAPI) interacts with farmers, artisans, universities, and small businesses to talk about IP. “Today, industrial property offices do not only relate to the traditional users of the system, such as agents, companies and inventors, but also relate to new actors,” notes Esteban Figueroa Nagel, INAPI’s Acting National Director.

INAPI’s new Technology and Innovation Support Center is a free resource dedicated to training-related to innovation. “Industrial Property Tuesdays” are a particular highlight: people attend to learn about the basic concepts of protecting IP.

“Our vision is that IP offices should be open, transparent, flexible, proactive, creative, and provide excellent service,” says Mr. Nagel.

Other IP offices have adopted a more unconventional approach to outreach. In May 2018, the European Union Intellectual Property Office (EUIPO) released a short film, Ipdentical, which imagines a dystopic world in which there is no IP.

"Industrial property offices do not only relate to the traditional users of the system, such as agents, companies and inventors, but also relate to new actors." Esteban Figueroa Nagel

This foray into the film industry is not the EUIPO’s typical approach to trying to connect with consumers. “We decided from the beginning that our approach would be fact-based. Going back a few years, there was relatively little data that was generally accepted as being impartial and credible,” explains Christian Archambeau, Executive Director of the EUIPO.

This led to the EUIPO’s publication for the first time of numerous statistical reports and studies on issues such as the relationship between IP infringement and loss of revenue and jobs.

One of the EUIPO studies that has highlighted the challenges in bridging the gap between IP rights owners and the general public is the IP Youth Scoreboard. Published in 2016 and set to be updated in September 2019, the report focuses on 15 to 24-year-olds, trying to better understand their attitudes toward IP.

"We need to get the message across at the earliest possible age." Christian Archambeau

Among other findings was that 12 percent of young people had intentionally bought a counterfeit product online in the previous 12 months.

The report reveals that young European citizens feel there is a lack of information about IP and that what is available is not communicated effectively to their age group.

“We need to try to break through this barrier, employing the facts in a convincing and engaging manner and hopefully also getting the message across through the education system at the earliest possible age,” says Mr. Archambeau.

It’s clear that IP offices need to do more to engage with young people. In India, INTA is working alongside the Department of Industrial Policy and Promotion (DIPP) and its Cell for IPR Promotion and Management (CIPAM) on a children’s IP awareness and education campaign. The campaign is part of the government of India’s National IPR Policy objectives, and to date, INTA volunteers have taught more than 1,000 children in the country about the value and impact of IP.

As part of the collaboration, CIPAM has launched a competition for students to encourage creativity and understanding of IP. This year, entries can be in the form of short films or comic books on the subject of “IP in Daily Life”. Winning entries will be rewarded with cash prizes as well as recognition for the educational institution concerned.

For Đinh Hữu Phí, Director General of the National Office of Intellectual Property of Vietnam (NOIP), incorporating IP into training programs in schools and universities is vital. These programs can “gradually build respect” and foster a culture of IP protection in society.

"Developing outreach programs on IP needs close collaboration among competent agencies and associations." Đinh Hữu PhíBut, for the NOIP, aligning cooperation among enterprises, associations, and state management agencies in outreach activities is one of the biggest challenges the Office faces in raising IP awareness, he adds.

NOIP is currently implementing projects to raise awareness and, with support from the World Intellectual Property Organization, is drafting its national IP strategy until 2030, which includes activities for supporting IP and building an IP culture for society.

“In addition to having our own campaigns, we have partnered and cooperated with different entities to deliver our message, which is to respect IP rights,” says Mohammed A. Alhassan, SAIP's Executive Director of Corporate Communications.

For example, the Office partnered with the Saudi Professional League (SPL), the top division football league in Saudi Arabia, to host one of the league’s most important matches, which drew more than 70,000 attendees and millions of off-site viewers.

In cooperation with the SPL, the Authority prepared several video and text messages, which will be displayed on the screens of the stadiums where future matches will be held under the partnership. Interactive pavilions will also be situated outside the stadium, so sports fans can get to know IP.

Where Is the Victory?

The SAIP measures the success of its efforts by tracking how many people have visited its website, communicated with the Office, and engaged on its social media channels.

In much the same way, NOIP measures the success by looking at the participation of the public and agencies in outreach activities.

But, as Ms. Boney Denison points out, it’s hard to measure the small victories of anticounterfeiting efforts.

“To us, if a consumer thinks twice about purchasing something because they believe it’s a counterfeit, we’ve made an impact,” she says.

Ms. Boney Denison believes there are more challenges with respect to counterfeiting awareness rather than overall awareness of the value of trademarks.

“Another of the biggest challenges in addressing counterfeiting awareness is the fact that it touches upon such a vast array of goods because trademarks are present in just about every aspect of our daily life, so there is an inherent challenge in developing consumer awareness campaigns that cast a very wide net within the consumer population,” she says.

CIPC is exploring a unique way to measure the impact of its efforts. It is exploring the possibility of driving an awareness campaign that uses 3D barcode scanning on consumer products. It will be run across industry sectors, including tobacco, clothing, pharmaceuticals, and fast-moving consumer goods, and will also be linked to an awards program that incentivizes consumers to buy originals, Ms. Lotheringnen explains.