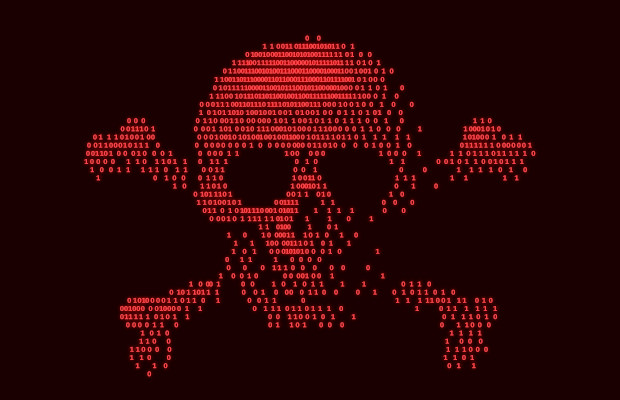 The CJEU's Advocate General has handed down an opinion in one of this year’s most interesting trademark cases. The effects may strike at the heart of the trademark registration system, argues Tristan Sherliker of Bird & Bird.

The CJEU's Advocate General has handed down an opinion in one of this year’s most interesting trademark cases. The effects strike at the heart of the trademark registration system, argues Tristan Sherliker of Bird & Bird.

In law, uncertainty is fashionable. A new argument raises a new question, and the best arguments are picked up and reformed a hundred times before the first answer.

This is truer than ever for SkyKick, which could shape trademark law and practice for years to come. Again and again, the ‘SkyKick’ question comes up: does using broad terms in trademark specifications poison the whole registration? The question has, of course, been sent in more formal terms to the Court of Justice of the European Union (CJEU) in the form of a preliminary referral.

There has been a great deal of anticipation, especially after the original date for the Advocate General's (AG) opinion went by without any published result. But now, after nearly two years, we start to see the shape of an answer in the form of the AG’s opinion handed down today (October 16).

Sky's trademarks are numerous, various and registered in many countries across a broad range of trademark classes. The trademarks are protected for the goods and services listed in their specifications, and the case itself included five EUTM ‘Sky’ registrations across 22 different classes. Sky's protection is very wide: some of those registrations contained lists of goods and services over 8,000 words long. These included some very broad terms such as ‘computer software’ (class 9), and ‘data storage’ (class 38).

The infringement claim was relatively simple. The judge dismissed some of Sky's secondary claims, but did find that Sky was partially successful, agreeing that ‘SkyKick’ infringed by being sufficiently similar to Sky's marks, and that it was being used for products and services covered by its registrations. He decided that some, but not all, customers may perceive SkyKick as a sub-brand of Sky.

It was SkyKick that posed the difficult questions. It pointed out that Sky was in a quite different business to it—media and entertainment—and not business tools. While it was true that some of its products related to computer software, Sky had no direct interest in cloud computing software tools, or for that matter many other types of software. Why then, SkyKick asked, should Sky be allowed to exert rights over other industries, just because it was using software? These questions came in the form of an invalidity attack.

Judge's comments and questions to the CJEU

The judge made his own opinion clear, finding that "registration of a trademark for ‘computer software’ is unjustified and contrary to the public interest because it confers on the proprietor a monopoly of immense breadth which cannot be justified by any legitimate commercial interest of the proprietor".

But that public policy view was only half of the issue. He went on: "It does not necessarily follow, however, that the term ‘computer software’ is lacking in clarity and precision. Indeed, at first blush, it appears to be a term whose meaning is reasonably clear and precise."

Observing that it could make a significant difference to the outcome of the case, the judge decided to make a reference to the CJEU. The main focus of the referral was:

A. Can use of broad terms mean a registration is so unclear or imprecise that it should be revoked?

B. Can using general terms like ‘computer software’ mean that a mark covers such a wide variety of products that it suggests bad faith on the part of the applicant?

C. If an EU mark is registered without intention to use it, can that fact alone make the mark invalid (or partly invalid) on the basis of bad faith?

What did the AG say?

Today, we have seen the first answers from the CJEU, in the form of an opinion from AG Tanchev. This opinion is not binding—when it gives its ruling, the CJEU may decide not to follow it. However in the experience of the author the CJEU follows the AG about 80% of the time.

AG Tanchev began by pointing out the importance of the case, which he remarked "allows the Court to address issues relating to a number of deficiencies that have emerged in the EU trademark system…all five of the referring court’s questions concern one of the most problematic aspects of a trademark—the role and function of the so-called ‘specification’ of goods or services.". He went on to conduct a detailed review of the case law and traversed the relevant case law and legislation, as well as examining the underlying travaux préparatoires. His main findings are as follows:

A. No separate ground of invalidity

On the use of broad terms generally, his opinion is that use of unclear or imprecise terms is not a ground of invalidity on its own. In this respect, he felt constrained by the wording of the EU Trade Marks Regulation, which he said "simply cannot be interpreted as meaning that it introduces a new ground for invalidity, in particular as the legislation itself is so clear that the list of the grounds for invalidity is exhaustive."

The correct approach, he said, was to take this into consideration at the time of examination of the mark, and it may therefore lead to a ground for objection before the IP Office, before the mark is registered.

B. Use of general terms does indicate bad faith

In this regard, use of overly broad terms can therefore be used for a revocation attack on the basis of bad faith. This attack will only apply to the relevant goods and services (not the mark as a whole).

C. Lack of intention to use can also indicate bad faith

Another way of looking at the issue was to consider whether Sky had real intention to use the mark for the entire scope of the general term involved. AG Tanchev's opinion was that such an approach can indicate lack of intention to use, and that is itself a form of bad faith which can leave a mark vulnerable to attack or refusal.

The next step will be for the CJEU to consider the opinion and render a decision. However, overall, this is a strong indication in favour of SkyKick.

Expressed in narrow terms, this may seem like an academic fight. But these questions go to the heart of the law, and they don't come out of the blue.

IP systems are among the only exceptions to basic principles against monopoly rights. It is well known that the trademark system grants monopolies that interfere with basic human rights including freedom of expression (Article 11 ECHR) and freedom to conduct a business (Article 16 ECHR).

So there is always a balance to be struck. For the most part, this moves with the times as rights are granted, and rights expire. But this balance is not so malleable in trademark law, because trademark registrations come with no time limit. Since they can be renewed every 10 years in perpetuity, they risk stagnating while the wider world moves on.

With this in mind, as early as 1995 Laddie J had said (in Mercury Communications v Mercury Interactive ([1995] FSR 850) that "in my view there is a strong argument that a registration of a mark simply for ‘computer software’ will normally be too wide".  Since then, the use of terms in trademark specifications has continued to evolve. In 2012, the well-known IP TRANSLATOR case (Case C-307/10) indicated that trademark specifications must be clear and precise enough to be interpreted based on the terms in the specification alone.

These arguments found favour with AG Tanchev, who heartily agreed on two grounds. First, he considered the public policy issues were strong: that use of broad terms like ‘computer software’ to justify a monopoly right is contrary to public policy on grounds of its dissuasive effect on trade. But more than that, he pointed out the negative effect from cluttering the trademarks register as a whole.

In 2001, Mr Justice Jacob (later Lord Justice Jacob) famously noted the strong public interest in removing unused trademarks from the register, calling them "abandoned vessels in the shipping lanes of trade". How much more this applies to clutter that comes from using overly-broad specification terms, which undermines the system as a whole. AG Tanchev summed it up neatly and firmly: "[R]egister clutter imbalances the IP ‘bargain’ against the public interest".

The longer-term effects of this opinion could be significant across the EU, in the courts and at the registries.  Effects may include some or all of the following:

The term ‘computer software’ (used on its own) is likely to become unacceptable at the EUIPO, and other national EU trademark registries. The registries are likely to refuse the term or require it to be re-specified. They may develop their own practice, or may develop a harmonised practice based on the equivalent approach already used in the US before the USPTO. In the courts, bad faith attacks will become more common, and more focussed.

Validity attacks based on intention to use will also increase. Such attacks may require positive evidence of the applicant's commercial logic, assessed at the application filing date.

This involves an element of guesswork, not least because it is not at all certain that the CJEU will come to a ruling at all. This case being a reference from the UK, it is possible that Brexit may leave the CJEU disinclined, or even without jurisdiction, to come to a ruling. However, in the author's opinion it is very likely that a ruling will be given, in part due to the very significant nature of the case for the wider EU economy; and also because the court has seen intervention from the governments of Finland, France, Hungary, Poland and Slovakia, who have also expressed their interest in the outcome.

In that light, and given the AG's forceful opinion, it seems likely that there will be an effect whatever the outcome.

Tristan Sherliker is a senior associate acting in high complexity IP and technology disputes at Bird & Bird in London. He can be contacted on tristan.sherliker@twobirds.com